The Inland Northwest Craft Beer Festival heads to the ballpark 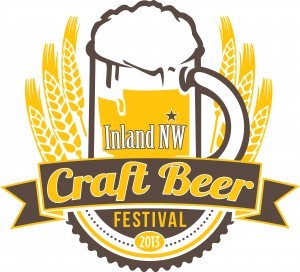 You can drink beer without

watching baseball, but I'm not so sure you can watch baseball without drinking beer. Well, you can, but what's the fun in that?

One problem, though. The Spokane Indians wrapped up their season almost a month ago and the Mariners very well may be (but hopefully not) mathematically eliminated from the playoffs by the time you read this. The Washington State Beer Commission has you covered, though, after moving its annual Inland Northwest Craft Beer Festival to Avista Stadium this year. The event had typically been held at Riverfront Park, but you can't blame it for relocating after torrential rain turned last year's festival into a muddy (but still tasty) mess.

Eric Radovich lays out what sounds like an appealing setup for the 35 breweries (including almost all of Spokane's beer makers) serving more than 100 different beers at the city's well-manicured baseball park.

"The booths will be lined up just inside the warning track from foul line to foul line. There's going to be a music stage at second base and activities — including Wiffle ball — around home plate," says Radovich. He's got the credentials of a "baseball guy" — his other job is as an official scorer for the Mariners, and he also serves as the team's public-address announcer (the "now batting" guy) for about a dozen games each season.

The beer commission is pleased with the participating breweries this year, including a number of small craft brewers from elsewhere in the state whose product local beer fans likely haven't tasted. There's no shortage of beer makers to choose from, given that Washington opens a new brewery about once a week, many producing small batches, says Radovich.

As for Spokane, Radovich sees this festival's evolution and growth as another step in the city's embrace of craft beer culture. He even compares the possibility of the city's beer tourism becoming something like beer mecca Bend, Oregon.

"There were only two or three [breweries] in 2010 in the greater Spokane area, and now look at it. It's booming," says Radovich. "Now they've started the Ale Trail, and that's part of a shift in that direction." ♦