Worthy barbecue in Garland; plus, a new burger spot in Sandpoint 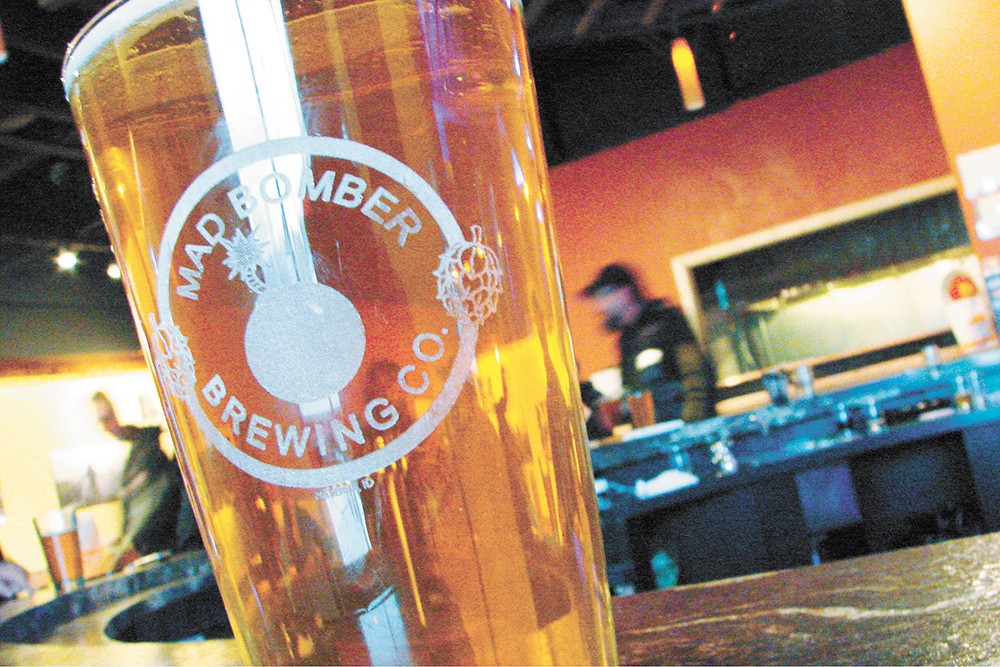 The Inland Northwest seems to be undergoing a mini explosion of barbecue joints opening, and you'll find no one happier about this than me. I'm a firm believer that, like pizza, even the worst barbecue is pretty good if the meat's been given enough time in the smoker. Happily, the new spots opening in and around Spokane are all pretty solid.

Add Honey Pig BBQ to the mix, as the new Garland District spot (713 W. Garland) opened by the folks behind South Hill Italian eatery Ferrante's Marketplace ranks considerably higher than "solid." On my visit, the dry-rubbed and applewood-smoked pulled pork was delicious, as was the beef brisket. You can order either as a main dish; the pulled pork ($11.50) and beef brisket ($13.75) plates both come with one side, a roll, pickle and the house barbecue sauce — a slightly sweet concoction that worked particularly well with the pork. I went with the combo plate ($15) so I could sample both main meats, and it was plenty filling, but I'll have to go back to try what Honey Pig calls its "St. Louis-style" ribs. Both the brisket and pulled pork are also available as a plate of two sliders, the brisket served with a tasty bacon cheddar aioli ($14) and the pork accompanied by white cheddar and smoked onions ($12.50).

Honey Pig BBQ keeps things simple with its sides — a three-cheese mac and jalapeno coleslaw are the only options. That's fine, since the smoker sitting in the parking lot is the star; in addition to the pork and brisket, you can get those ribs by the half-rack ($16) or full rack ($30), turkey legs ($9) and the extremely popular jalapeno poppers wrapped in bacon and stuffed with cream cheese (three for $7.50).

Like the rest of the menu, you'll want to get there early to get those poppers — Honey Pig BBQ is only open at noon on Fridays and Saturdays until the food is gone. (DAN NAILEN)

Five years ago, the Old Tin Can rolled into the Sandpoint food court and made instant fans of their vintage trailer and super juicy burgers. Now the distinct red and gleaming silver Shasta trailer is parked outside of its new iteration: The Burger Dock. Featuring local Woods Meats, the Burger Dock does six regular burgers, like the Fun Guy with Swiss cheese and sautéed mushrooms and the Bee with Brie, local honey and arugula. There's also a rotating special and two vegetarian versions, one with quinoa and one with grilled portabella ($9-$10.50). Add hand-cut fries ($3.50/$5) and a drink, including a rotating selection of beer and wine, for a complete meal. Like the trailer that inspired it, the Burger Dock is a charming amalgam of vintage and custom craftsmanship, including an old Chris-Craft boat incorporated into the bar. (CARRIE SCOZZARO)