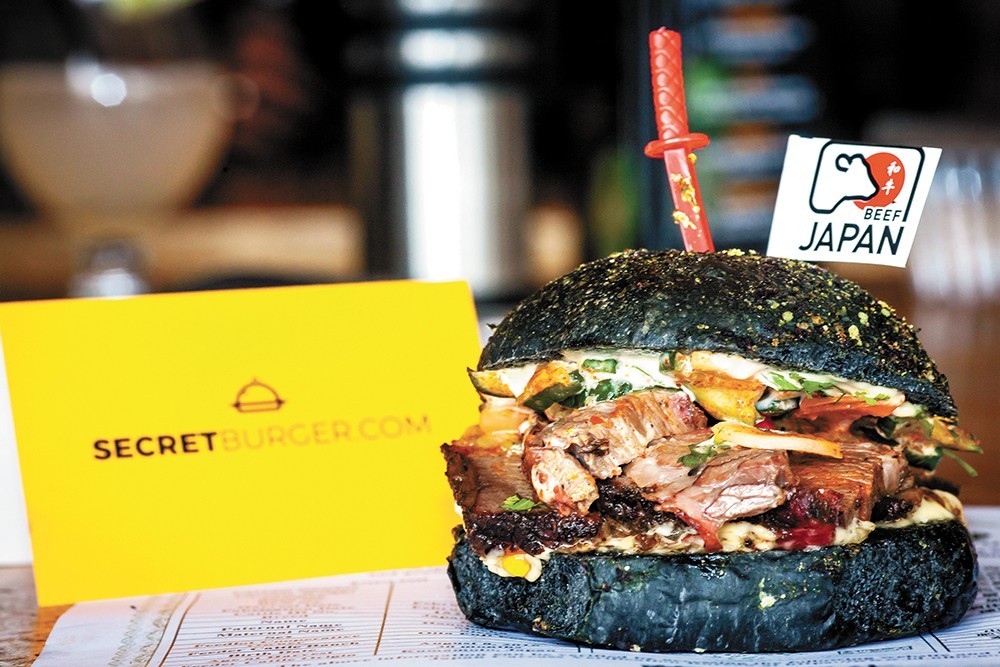 Secret Burger is back with something special.

has joined the ranks of brew purveyors in downtown Spokane.

For food, the taproom is serving a menu of flatbreads and pub snacks. While they sip, guests can play ping pong, retro video games and board games. (CHEY SCOTT)

Secret Burger, the pre-ticketed, off-menu dining series that launched in mid-2019, has a few upcoming exclusives on the calendar.

On Sat, Dec. 14, Boombox Pizza in downtown Spokane is offering a lobster Bloody Mary, consisting of a double shot of Tito's Handmade Vodka in a 20-ounce goblet and topped with pickled veggies, condiments, an "assortment of meats" and a "bulgy bun stuffed with fresh chunks of lobster." Tickets (six left as of this writing) are $37 each.

Just after the new year, local diners can sample a Southern delicacy when the Black Diamond in Spokane Valley serves alligator sandwiches on Wed, Jan. 8. The $25 ticket gets you an 80/20 alligator tail and bacon patty grind infused with Cajun spices and served with a side of crispy fried okra.

Tickets to these and other upcoming Secret Burger events are at secretburger.com. (CHEY SCOTT)

It wasn't the cold weather that dammed the flow at Coeur d'Alene's Slate Creek Brewery, but rather a divergence between owners Danica Gilbert and Andy Neels.

It started this summer, says Gilbert, when they got repeated offers to buy the brewery, even though it wasn't for sale. Even then, Gilbert was leaning into her focus as a community events organizer, producing activities like the full moon bike ride, and the recent Sober Sunday Winter Market featuring local vendors. So when the most recent offer came in from a Portland-based startup planning on producing hard tea under a different brand, Gilbert and Neels decided the time was right to sell.

Part of her recent to-do list was organizing a farewell party packed with well-wishers. "It just shows how much love was there," says Gilbert, who can be found at the next full moon ride, hosted by Heart City Tattoo on Thursday, Dec. 12. (CARRIE SCOZZARO) ♦

Speaking of Food , To Go Box