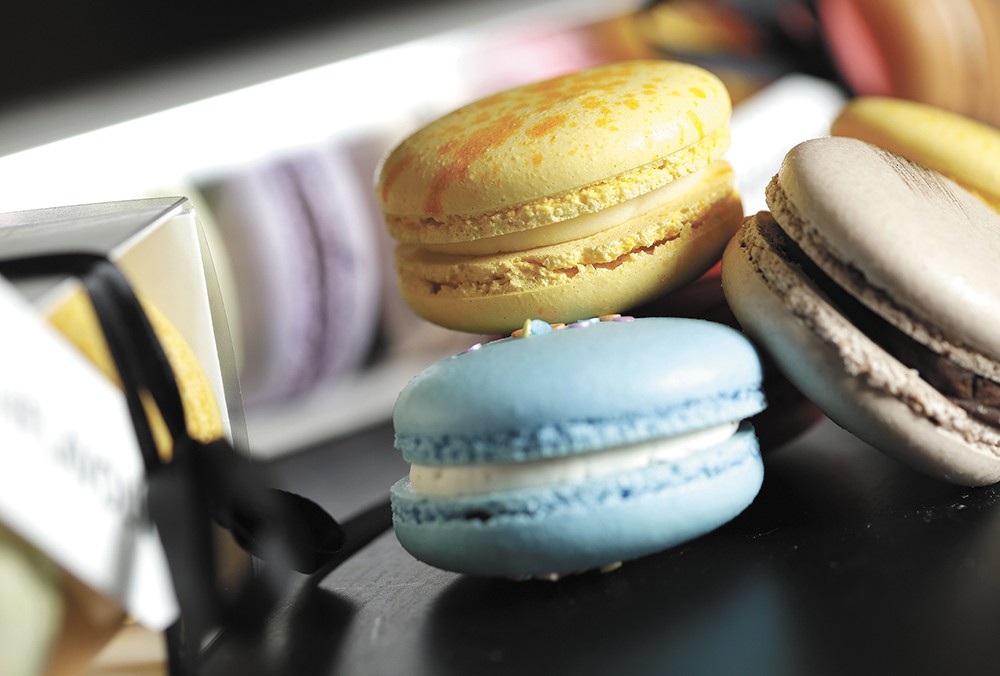 After getting its start at a rented commercial kitchen in downtown Spokane, MiFlavour bakery has grown up and moved out to a new home in Spokane Valley. Centrally located at 3403 E. Sprague, MiFlavour is already producing its signature cakes, macarons and more at the new space, with plans to roll out a full-service cafe counter offering those sweets and more, as well as espresso coffee and even savory breakfast and lunch foods like salads and sandwiches. Though that space won't open until later this year, sometime in June, MiFlavour owners Ella and Max Piskun are celebrating their expansion with a soft opening on Friday, Feb. 1. Starting then and until the cafe is ready, MiFlavour will offer its customers a walk-in bakery counter with daily rotating selections of its cakes, eclairs, tarts, macarons and other sweets for purchase to go. Just in time for Valentine's Day, the couple is also rolling out special gift boxes, heart-shaped pastries and other themed items, available from Feb. 1-14. Hours at the walk-up counter are Monday through Saturday, 7 am to 8 pm, and Sunday from noon to 8 pm. Once the second phase of renovations on the bakery's retail cafe space is complete, the Piskuns hope to start offering baking classes and hosting other events. (CHEY SCOTT)

Like the tasty crab served on its menu, Syringa Sushi & Japanese Café in Coeur d'Alene has shed its former shell in search of roomier digs than its 2007 startup location. Now in a larger spot formerly occupied by Bistro on Spruce, and still on Fourth Street, Autumn and Viljo Basso's Syringa has gained more all around: 18 seats in the dining area, more elbow room at the sushi bar and a private dining area for 20 they're still putting the finishing touches on (call for booking information). They've consolidated the lunch and dinner menu, adding select dishes like Japanese-style curry with tonkatsu-style (breaded and fried) chicken, pork or tofu and veggies over rice ($13). New small plate offerings include ohitashi (steamed spinach) and gyuniku maki, a roll with cooked New York steak and veggies ($16). The new location also features Syringa's trademark mix of traditional Japanese and funky décor, like the noren fabric screens that help divide dining areas and an outrageously colored new mural by Robert McNeil. Look for more events, like a beer pairing they hosted right before reopening, and stay tuned for word on what will become of the Fourth and Walnut home they recently outgrew. (CARRIE SCOZZARO)

Visiting Northern Quest Resort & Casino for a concert recently, I stumbled across its new Riverbank Taphouse, a beer and craft cocktail-centered space replacing the old Impulse dance club. That's probably a good call because while I never visited Impulse myself, I could see making frequent visits to Riverbank. The space is huge, which matches its impressive selection of beers; on the night I visited, Post Falls Brewing Company was having a tap takeover, but plenty of other regional craft beers were available as well, from Hidden Mother to No-Li, Twelve String to River City. One could spend hours sipping through the ever-changing beer lineup (follow Riverbank Taphouse on untappd.com for up-to-date beer lists), but that would require skipping out on the high-end cocktails like the Manhattan ($14) made with 10-year-old Redemption High Rye or a Woodinville Whiskey Flight ($15). Riverbank also serves a small menu of shareables like a brie, fig and onion flatbread ($12), brat sliders ($9) and a Cougar Gold dip ($8.50), and the pleasantly smoke-free environment makes it a nice oasis at Northern Quest for folks with a taste for high-end drinks. (DAN NAILEN) ♦ 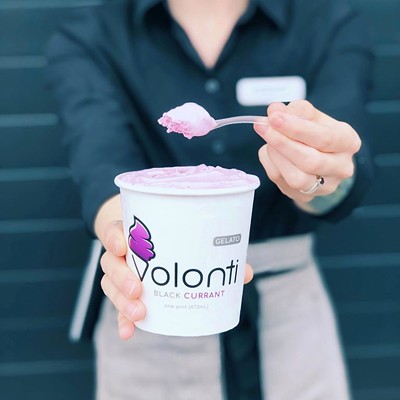