Politicians avoided the Superfund scarlet letter for Lake Coeur d'Alene, but with a tourism empire now at stake, leaders want to tackle pollution 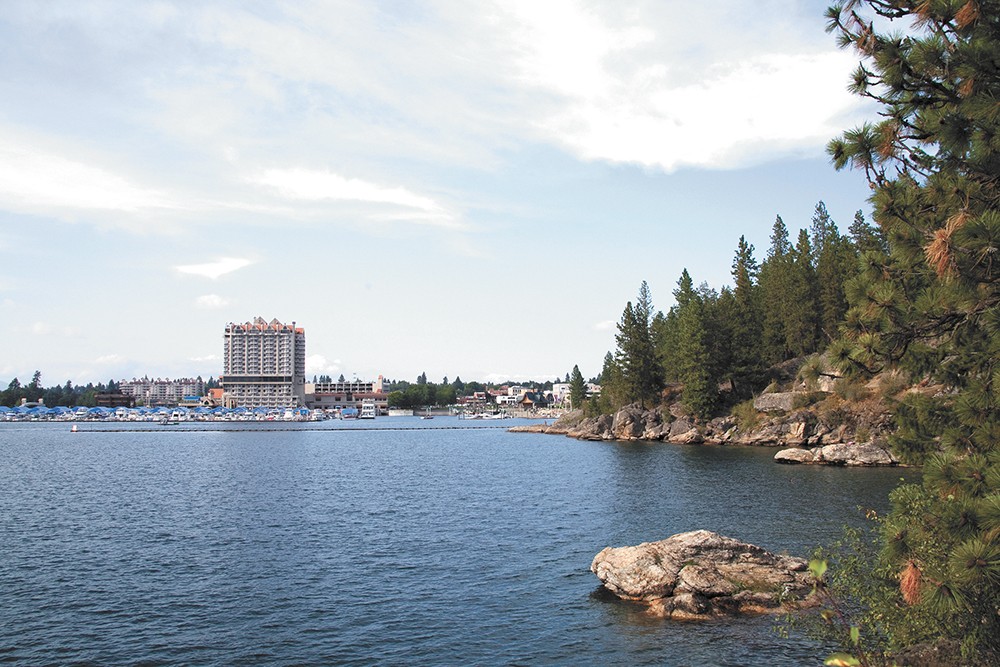 Annie Kuster photo
With tourism as strong as ever on Lake Coeur d'Alene, political tides are turning in favor of addressing metal contamination there.

"We can't afford it, especially when there's not a proven health risk," then-Mayor Steve Judy said in his 1998 city address, the Spokesman-Review reported. Primarily, he and others wanted to avoid being dubbed a "Superfund" site, a title reserved for the most complicated environmental cleanups in the country. "How do you overcome that perception in the national mind? It will be staggering to tourism and to the image we portray to the rest of the world — that Coeur d'Alene is beautiful."

Lead and zinc had migrated downriver from mining operations in the Silver Valley and settled on the lake bed in mass quantities for decades. With a delicate chemical balance holding those metals at the bottom of the lake for the time being, the community largely avoided the Superfund label with promises to create a lake management plan with the Coeur d'Alene Tribe and the state.

Two decades later, the tourism industry on the lake is booming, regularly attracting celebrity visitors such as Kim Kardashian, Shaquille O'Neal and Harry Styles. Upstream, the Silver Valley communities that similarly opposed the EPA's presence in the beginning have since seen the upside of federal work, with Superfund cleanup providing hundreds of jobs, helping pave new streets and removing the worst exposures to lead for children.

But while that work has reduced the amount of metals going downstream to Lake Coeur d'Alene, the lake's own management plan has done little to reduce the amount of phosphorous going into the lake. The natural fertilizer can help algae grow, which then dies and uses up oxygen in the lake. If that happens enough, the balance keeping metals suppressed in the sediment instead of floating freely throughout the water system could be irreversibly destroyed.

With the tribe recently withdrawing from the management plan due to its lackluster implementation, and data showing the lake is getting worse, the tides seem to be changing among North Idaho politicians and community leaders.

At a lake health forum last week, conservative politicians and progressive environmental types alike acknowledged that if nothing changes, all the hard work to protect and build up the "gem" of North Idaho could be destroyed.

"There's been a complex issue created for those of us who live here and hope to continue to live here," Steve Wilson, with the Coeur d'Alene Chamber of Commerce, told the crowd of nearly 200 people at the "Our Gem Symposium." "The lake has had her heart pierced. She is wounded, there's no question about that. It is now time to bind that wound and to begin the nurturing process."

Seeing leaders like current Coeur d'Alene Mayor Steve Widmyer and Kootenai County commissioners Leslie Duncan and Chris Fillios acknowledging the lake's health problem and talking about how to get the public on board with addressing that is huge, says Andy Dunau, executive director of the nonprofit Spokane River Forum.

"What's at stake is if the metals from the bottom of the lake are released into the water column, it will have tremendous effects on fish, wildlife and people, throughout the system, all the way down the Spokane River," Dunau says. "The hardest part to understand is once it starts the cycle of releasing those metals into the water column, nobody knows of a way to reverse it."

During the symposium last week, Dunau moderated a discussion with the politicians and Phillip Cernera, director of the Coeur d'Alene Tribe's Lake Management Department. The panel talked about the outright hatred for taxes in that area, which has made it hard to pay for enforcement of a 25-foot setback along the lake. They also floated ideas for how to get the community on board, such as levying a yearly fee of just a few dollars for those who own properties on the lake. While that type of conversation might not seem significant to outsiders, it represented a monumental shift for those who've fought for water health over the last few decades.

"It takes a lot of courage for local, state and federal people to work together in an environment where science is being questioned over and over again," Dunau says. "Now, they're saying, 'OK, let's figure out how to deal with this before it's too late.'"

At the daylong forum, hosted by the tribe and Idaho Department of Environmental Quality, attendees also learned that Idaho Gov. Brad Little is calling for a third party review of lake data collected over the last 10 years by the tribe and the state.

"It is important to me to ensure we have a correct understanding of the dynamics at play in the lake," Little says in a statement. "The issue is too immense, and the consequences too dire, to err in our efforts."

Getting the state on board is a major shift, explains Rebecca Stevens, restoration coordinator and hazardous waste management program manager for the Coeur d'Alene Tribe's Lake Management Department. Likewise, it was hopeful to hear the commissioners discuss having county staff work more closely on lake health, she says.

"It's been a long time since we've had Idaho on board with the tribe's concerns on the data," Stevens says. "Seeing County Commissioner Leslie Duncan saying she would like to dedicate staff from two of the county's programs to be more involved ... to be more engaged in our conversations, that's never happened."

While a third party review might point to more ways to address the lake's pollution problems, the question will still be who pays for that work.

The lake was not included in a 2002 court decision laying out the federal cleanup plan for the rest of the Superfund basin, which has an account with hundreds of millions of dollars from settlements with liable parties to address contamination.

So while Coeur d'Alene may have initially avoided the Superfund scarlet letter, accessing federal cleanup dollars now would take a coordinated ask from the local community and the state, as well as a court process to amend that 2002 agreement. Currently, the money is all earmarked for projects near the former Bunker Hill smelter.

"The social dynamics have changed," Dunau says. "But until we have elected officials and state representatives and the tribe in the room agreeing to do real actions, whether they cost us money or it's a form of enforcement, we got nothing."

It's important to note that the lake is still part of the overall Superfund, Stevens says. If the third-party review says an amendment to that cleanup plan is needed, that could open the door to federal cleanup money again.

Still, it seems unlikely that review will be complete sooner than a year or two from now, Stevens says. In the meantime, the tribe is functioning as if the suspension of metals into the water column is going to happen sooner rather than later, she says, and will continue to call for high quality cleanup on the lake.

"Because we know once the lake turns over and gets to a state of irreversibility, we've lost our ability to do anything," Stevens says. "We're trying to work now, instead of kicking the can down the road." ♦