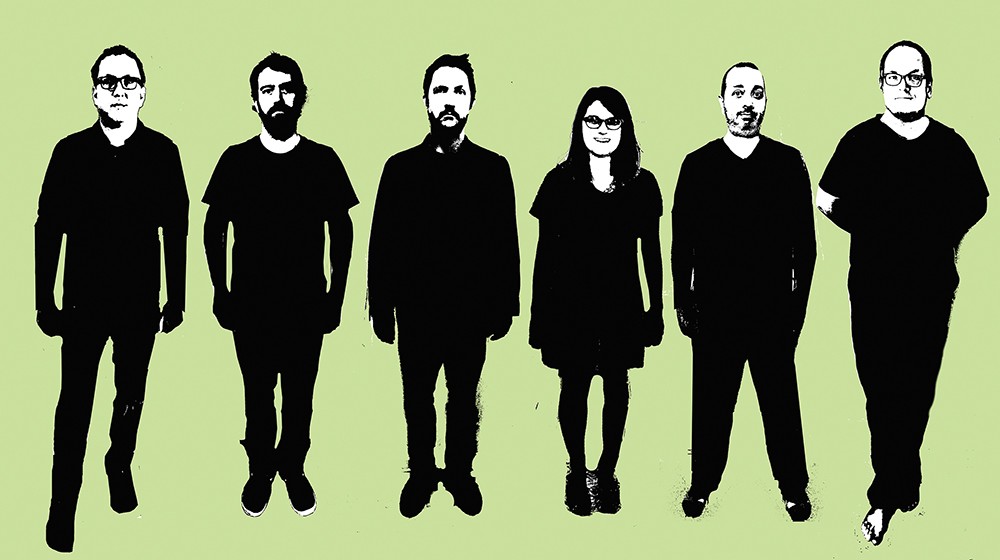 "As a person who suffers from arrested development, I can use my tantrums to continue to write music," says Cursive frontman Tim Kasher

Tim Kasher recognized at an early age that time has a way of dulling the edges of creativity and stripping songwriters of their emotional potency, especially in the realm of rock music. And that's why enduring artists like Tom Waits — who, despite advancing age, "didn't lose his edge, or didn't let the dullness consume him," Kasher says — inspire him to this day.

"I try to be aware of the dullness — I can feel it — because it's impossible to avoid as you get older," he says. "But in my case, you can tamp it down and push it away for another year. And that's what you have to do."

That's especially true for Kasher, frontman of the long-running emo/post-hardcore band Cursive out of Omaha, Nebraska. He can't afford to lose his edge because his songwriting has always benefited from feeling emotions to an "excessive and insane" degree.

"I'm a child still, essentially," he says. "As a person who suffers from arrested development, I can use my tantrums to continue to write music."

Cursive hits Spokane in support of Vitriola, the band's first album in six years. Speaking from his home in Los Angeles, Kasher shares "vague memories" of his earliest forays as a songwriter and how his younger self helps guide his creative output.

In high school and college, he fronted the seminal indie-rock band Slowdown Virginia, a group credited with influencing another Omaha-based emo band, Bright Eyes. Though the band had a dedicated following and he was proud of the music, Kasher recalls wanting more from himself as a songwriter.

"I never took myself seriously, probably because I was young and self-conscious and scared to," he says. "Cursive was a response to that. It was the first time I made the decision to really take music seriously and I felt like the music had to be deadly serious, too. I didn't really want to joke around anymore. ...

"Other than that, I was just influenced by the '90s. I had a lot of respect for stuff I considered harder and heavier and noncommercial sounding."

Cursive developed an angst-ridden sound far from easy listening; it's more like anxiety-inducing, with stabs of distortion and Kasher's anguished wail keeping the listener on pins and needles even during softer moments. The music is based in the soft-then-loud paradigm of 1990s rock, but with such moody flourishes as the bowed cello that helped define Cursive's 2003 opus The Ugly Organ.

Kasher himself is partial to the cello's movingly bittersweet voice, but the band decided a long time ago not to replicate the formula that made The Ugly Organ such a surprising success.

"We didn't want to feel like a novelty band or 'the band with the cello,'" he says. "We didn't want it to be used as a gimmick, but maybe we were navel-gazing pretty hard at the time."

Cursive made a series of creative departures on subsequent records, experimenting with different musicians, instruments and producers. But Kasher recently revisited the band's earliest recordings. In 2017, Cursive reissued its first two records, 1997's Such Blinding Stars for Starving Eyes and 1998's The Storms of Early Summer: Semantics of Song, and spending so much time "listening to this version of myself 20 years ago" must have seeped into his subconsciousness.

"It kind of helped remind me why I started writing this type of music to begin with," he says. "In a sense, I was influenced by that much younger version of myself."

The result is Vitriola, which sounds more like early 2000s Cursive than later iterations. Several factors cement the similarities between the two albums: Drummer Clint Schnase rejoined the group in the studio for the first time in 12 years, as did Saddle Creek house producer Mike Mogis. But perhaps most noticeably for listeners, Vitriola prominently features the work of cellist Megan Siebe, who had previously toured with Cursive.

"She's become a really close friend, so it just kind of organically happened," Kasher says. "I suggested to the rest of the band that we'd likely bring a cellist out on tour anyway, and that cellist will likely be Megan, so maybe we should just cut to the chase and try some cello on the record."

Siebe's contributions sound especially badass when paired with the chugging, palm-muted power chords on album closer, "Noble Soldier / Dystopian Lament." The seven-minute epic is melodic, paranoid and harshly abrasive, perfectly encapsulating Cursive's past and present. Kasher sings, "It's just a shell, just a shell / It's a vessel of who you once were."

"In most ways, I believe rock 'n' roll is for the young," he says. "It's a young person's game; I really think that's true. But I love it myself, and if nobody minds too much, I'm going to keep doing it and people can choose to listen or not." ♦