Postal crisis has states looking for alternatives to mail-in ballots 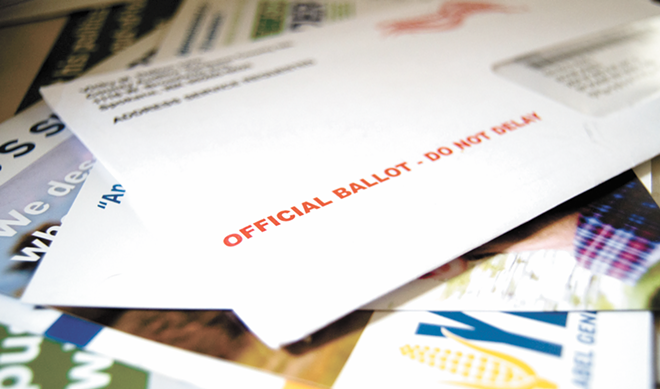 Postal slowdowns and warnings of delayed mail-in ballots are causing election officials to rethink vote-by-mail strategies, with some states seeking to bypass the post office with ballot drop boxes, drive-through drop-offs or expanded in-person voting options, despite the coronavirus pandemic.

The 2020 election was supposed to be the largest-ever experiment in voting by mail, but the Trump administration’s late cost-cutting push at the Postal Service has shaken the confidence of voters and Democratic officials alike. The images of sorting machines being removed from postal facilities, mailboxes uprooted or bolted shut on city streets, and packages piling up at mail facilities have sparked anger and deep worry.

Even if, as the Postal Service says, it has plenty of capacity to process mail-in ballots, the fear is that the psychological damage is already done. So as Democrats in Washington fight to restore Postal Service funding, election officials around the country are looking for a Plan B.

“The office has been flooded with calls for the past few days,” said Katie Hobbs, the Arizona secretary of state and a Democrat. “The concern I have is that, like any campaign of misinformation, it attempts to undermine voters’ confidence in our process.”

Planning in the states proceeded Monday, as House Democrats prepared for a Saturday vote on legislation that would reverse cost-cutting measures at the Postal Service and pump $25 billion in emergency funding into the ailing agency. Democrats were also pressuring the Postal Service board to reverse those policies.

Postmaster General Louis DeJoy, along with Robert Duncan, the chairman of the agency’s board of governors, agreed to testify before the House Oversight and Reform Committee next week, as questions arose about a potential conflict of interest from a logistical company DeJoy holds a stake in that could be shaping the decisions of the Postal Service’s Trump-appointed leadership.

It was still unclear whether Senate Republicans would follow the Democrats’ lead. But endangered Republicans running for reelection were clearly feeling the heat from angry constituents awaiting delivery of medicines, supplies and other packages that they have come to rely on the post office to deliver.

The newest front in the battle over voting in 2020 is the drop box. Election officials in Connecticut, Virginia, Pennsylvania and elsewhere are seeking to expand drop-off locations for absentee and mail-in ballots, but they have met vehement opposition from President Donald Trump and his campaign.