Postcard from the Spokane County Jail

The Spokane sheriff gets sued for his new mail policy. 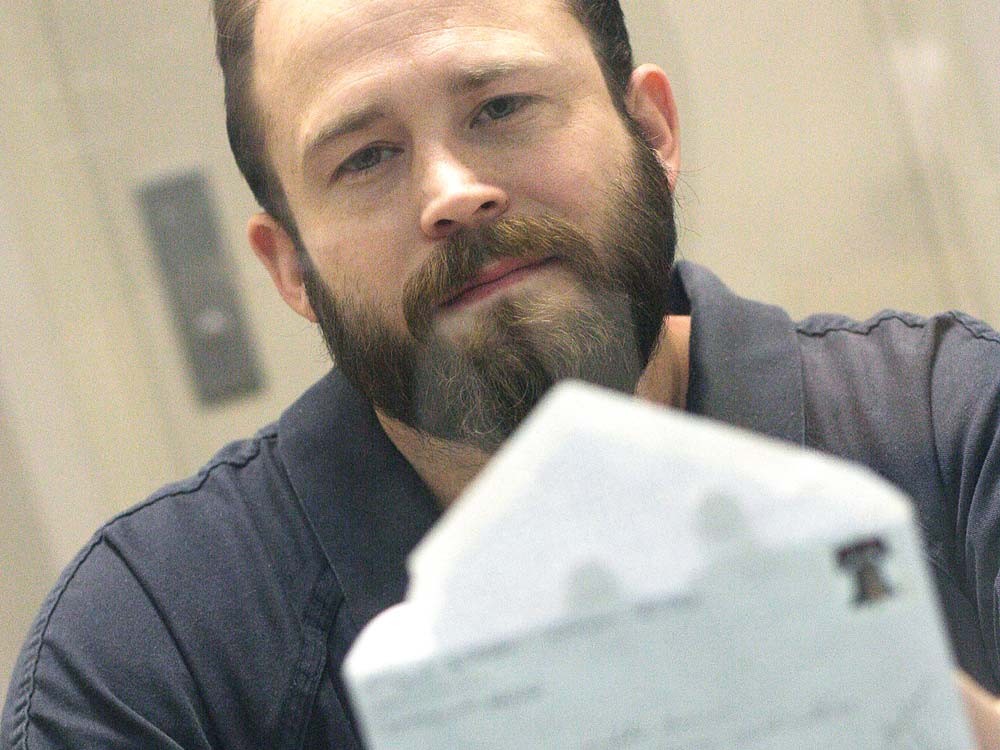 And now Sheriff Ozzie Knezovich has been sued for the policy. “I see this as part of an ongoing trend to further alienate prisoners, to cut them off from social contact,” says Paul Wright, editor of Prison Legal News, a prisoner rights advocacy magazine. The magazine sued the sheriff, the sheriff’s office and two jail employees because the publication was not on the list of 14 magazines inmates were allowed to receive at the jail.

“Basically, they banned our books, our magazines. They banned everything from us,” Wright says. “They censored dozens of items from us.”

Robert Binger, a prosecuting attorney with the county who is representing the county’s interests in the case, referred questions to Knezovich, who could not be reached for comment Tuesday. Calls to Jail Commander John McGrath and Lt. Aaron Anderton also were unsuccessful.

Last Thursday, right before the trial was to begin, the jail changed its policy to allow inmates to receive publications like Prison Legal News. The postcard policy remains in effect, though, for incoming correspondence.

“They caved,” says Jesse Wing, an attorney with Seattle’s Mac-Donald, Hoague & Bayless who is representing the magazine. “The main thing is we sued them for several different parts of their policy, and they changed them in response, to make them constitutional.”

Wing isn’t pleased that the incoming postcard policy remains in place, and he says he worries that other parts of the policy were changed simply to strip the suit of “standing,” barring Prison Legal News from continuing the suit because the policy doesn’t affect it anymore.

“How quickly they changed their policy shows us they know what they’re doing is wrong,” says Wright. “They’ve admitted the unconstitutionality of their policy.”

Wing says they’ve been largely successful with the suit. Inmates can mail letters now, and business correspondence can be sent by letter. Catalogues and magazines are no longer considered contraband. And, in what Wing described as the biggest victory, there’s a grievance process for when someone alleges censorship.

“And that’s not just for inmates, but also for the rest of the world,” he says.

Before the policy was changed, the American Civil Liberties Union was prepared to file a brief on behalf of the publication, supporting its suit. “We have concerns about the policy,” says Nancy Talner, a staff attorney for the ACLU of Washington. But now that the policy’s been changed, “We need to assess the current situation.”

Talner quickly reiterated her organization’s concerns about the jail policy. “We haven’t gone away,” she says.

The Spokane County Jail isn’t the first criminal justice institution to get sued by Prison Legal News. They are fighting, or have already waged, legal battles in 21 states, as well as Washington, D.C. The magazine sued Galveston County Jail in Texas, in a suit similar to the one it has against Spokane County’s.

The publication has a long history of litigation in Washington state. Wright began it as a newsletter during his 17-year murder sentence at Washington State Reformatory.

“We’ve been suing the Washington [Department of Corrections] for well over a decade,” says Wright.

And despite saying their suit was a success, Wing adds the changes haven’t gone far enough.

“It doesn’t establish the unconstitutionality of what the jail is doing. … But we’re in discussions with the county to get this thing resolved,” he says. “In all candor, we may have a hard time in this case trying to get the whole policy scrapped.”

Wing says that there are no guarantees that the jail will keep its newly scaled-down policy in effect.

“The policy was changed,” he says. “And it could be changed back.”

Which is the most offensive part to Wright.

Even if his publication is allowed to be delivered, he says he won’t be appeased.