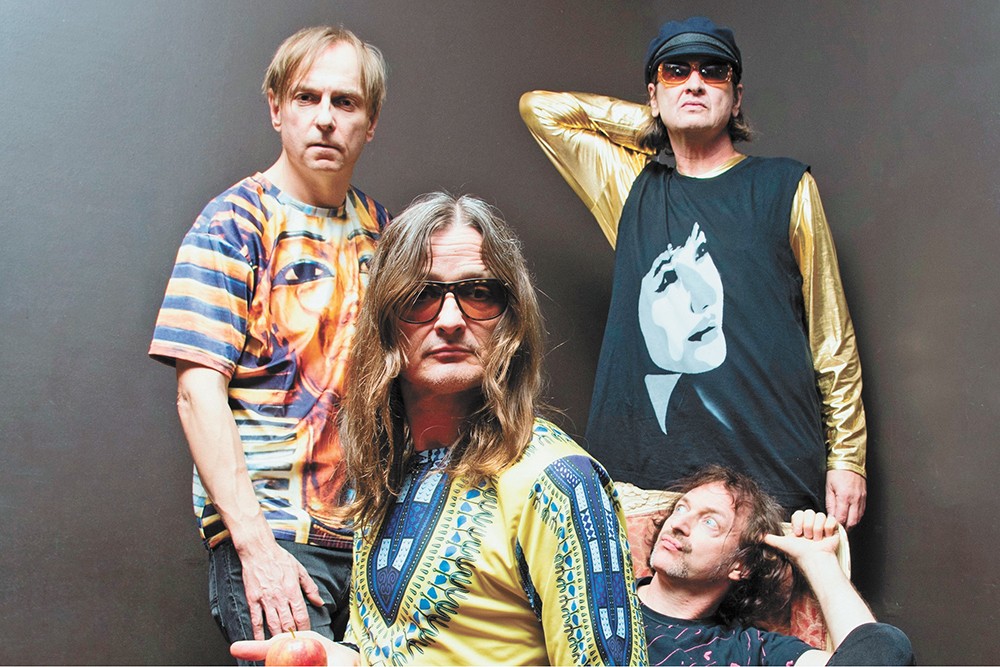 Emmy Etie photo
Since they were teenagers, the McDonald brothers have produced some irresistible power-pop hooks as Redd Kross.

When he picks up the phone to chat with the Inlander, Redd Kross bassist Steven McDonald is having breakfast: two doughnuts and an iced coffee. It is perhaps no coincidence that he is also looking forward to his band's extensive fall tour with sludge-rock giants the Melvins, which lasts two full months and stops in Spokane Sunday night.

Here it should be noted that McDonald is also the current bassist in the Melvins, which means that at age 52, he'll be pulling double duty every night on the tour.

"That's a challenge, but at the same time it's a welcome challenge. It keeps me young," McDonald says. "I don't really exercise when I'm at home, so [doing things like this] is probably keeping me alive."

Beyond basic health reasons, the tour is a big deal for Redd Kross, who've not been out on the road for this long in "probably 25 years," McDonald says. The reasons for that are mostly boring and practical — past members couldn't get vacation time at their day jobs, for example — but the end result is a band that has come nowhere near overstaying its welcome, even after four decades of existence.

"I'm sure there's an appeal to our scarcity," McDonald says. "I've been theorizing, jokingly, that we're not going through songwriting menopause because of it. If you think of it like the way a woman is born with her lifetime supply of her eggs, maybe songwriters are born with their lifetime supply of songs. So maybe we still have a bunch of good ones in there."

Redd Kross' recent output supports that theory. After making a name for itself in the early '80s SoCal punk scene by unabashedly embracing classic-rock and power-pop hooks, the band released five fine albums between 1982 and 1997 before taking a nearly decade-long hiatus. They returned in 2012 with Researching the Blues, an incredible rock 'n' roll record that proved McDonald and his brother Jeff — who founded the band as pre-teens — could still crank out catchy tunes as effortlessly as anyone.

Their new album Beyond the Door capably continues Redd Kross' renaissance. Opening track "The Party" combines hard rock riffs and soaring vocal harmonies into something that belongs on the soundtrack of a lighthearted action movie. "Fighting" juxtaposes punky verses and a simple pop chorus, while "There's No One Like You" simmers atop an elastic bass line before blooming into a singalong anthem fit for a Foo Fighters album. "Fantástico Roberto" churns and buzzes like a lost hit from alt-rock's heyday. And the bouncy "Punk II" is a good reminder that the band's first gig was opening for Black Flag — and that Redd Kross was always far too cheeky to fit into the scene from whence it came.

According to the McDonalds, Beyond the Door is the most collaborative Redd Kross album ever, with Jeff driving the songwriting process, but Steven chipping in more than he has in decades. Some of that was out of necessity, Steven says, but he also pointed to the passage of time as a major factor in the brothers' productive working relationship.

"I think (there's) a new level of maturity," he says. "It just felt like there were very few fights and we just got the job done in a way that felt good and really supportive. Siblings can push each others' buttons like no one else; if you've got an insecurity, that's just going to get amplified. I feel like this time there was a bit more self-awareness, less insecurity, less acting out (and) less bullshit. Not to say that all that stuff's behind us — it can still pop up — but I was proud of us at the end of making the record."

Now, it's time to take that positivity on the road, and while Redd Kross hasn't toured for two months any time in recent memory, they did do a month in Europe in 2017, and Steven McDonald remembers a shift in his own mindset during that run.

"I was just really aware that whole time of, like, 'Wow, these are the good years. These are the good times,'" he says. "It was not nostalgia. It was about being present now. Appreciate this. And I was able to. Time just keeps moving faster and faster and I am so grateful that we're in the position to be able to do this." ♦

The original print version of this article was headlined "Renaissance Rock"

Seriously, Myles Kennedy is the biggest music star to come out of Spokane since Bing Crosby 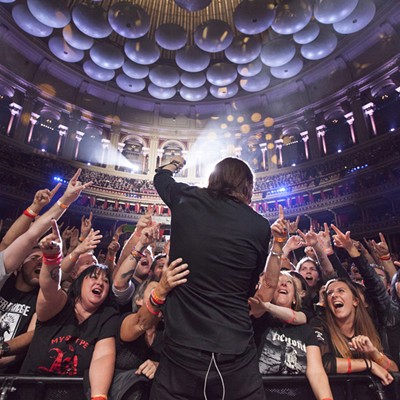