Power to the People

Inside the Steam Plant, which celebrates its 100th anniversary this weekend,

is a restaurant where four of seven boilers used to stand, a brewing company in what was called the zeolite room — zeolite is a naturally occurring mineral, mined in Metaline Falls and used as a water softener — and high-tech office space in an area that once held 1,200 tons of coal.

The Steam Plant is actually two buildings. Originally called the Central Steam Heat Plant, the plant is a low, sturdy structure encased in red brick with distinctly arched glass windows, and those twin, 225-foot smokestacks climbing skyward like the city's turn-of-the-century industrial ambitions. A viewing area was added to one of the smokestacks, which can be specially lit, such as when they glowed pink in support of breast cancer awareness.

"Through our Light Up the Stacks program, we have partnered with numerous local organizations, helping them to raise awareness about their causes — causes that affect people in our community," says the Steam Plant's general manager, Tim Denniston. 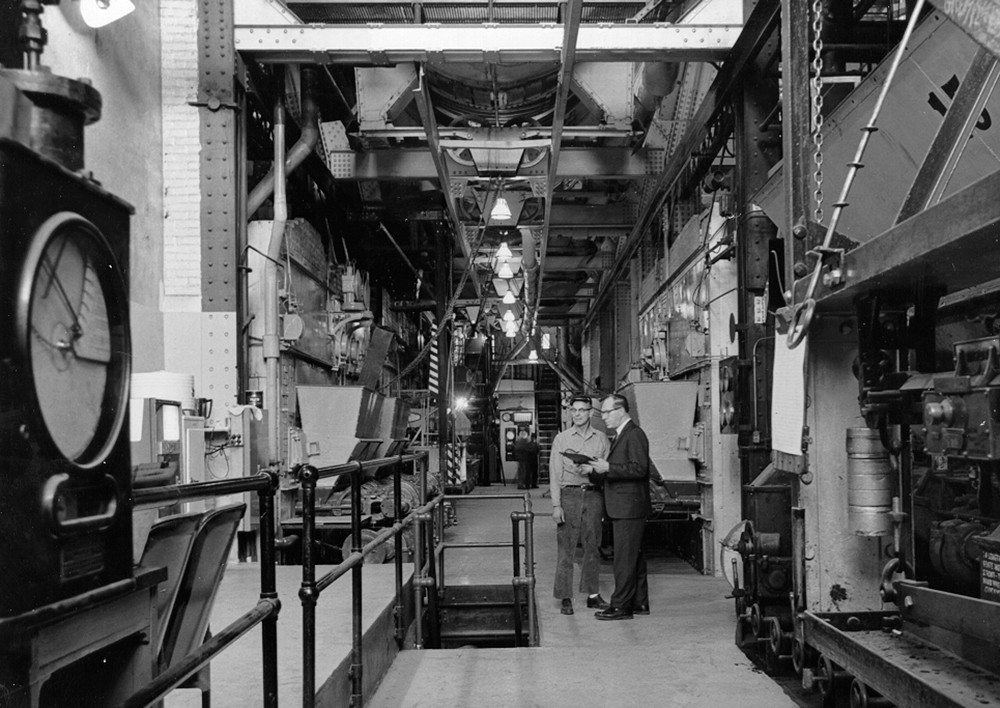 The Steam Plant of yesteryear.

Outside, it looks much like it did on March 5, 1916, when Harry Flood, president of the Merchants Central Heating Company, sent steam barreling into the Stockholm Hotel and Pearsons Building at Main and Wall streets. Originally a cost-cutting measure to centralize heat to downtown establishments, the Steam Plant was eventually acquired by Avista, growing to power more than 300 locations until cost issues prompted its closure in 1986.

The facility reopened in 1999 as Steam Plant Square, featuring a hip, multi-use space that embraced its industrial past. "You can really thank Avista for wanting to do everything right and respecting the architectural heritage," says Ron Wells, whose Wells and Company partnered with Avista to incorporate an adjacent building into the 1996 Steam Plant renovation. The project won the prestigious National Preservation Honor Award in 2001. It's now registered as a historical place in Spokane, as well as statewide and at the national level. 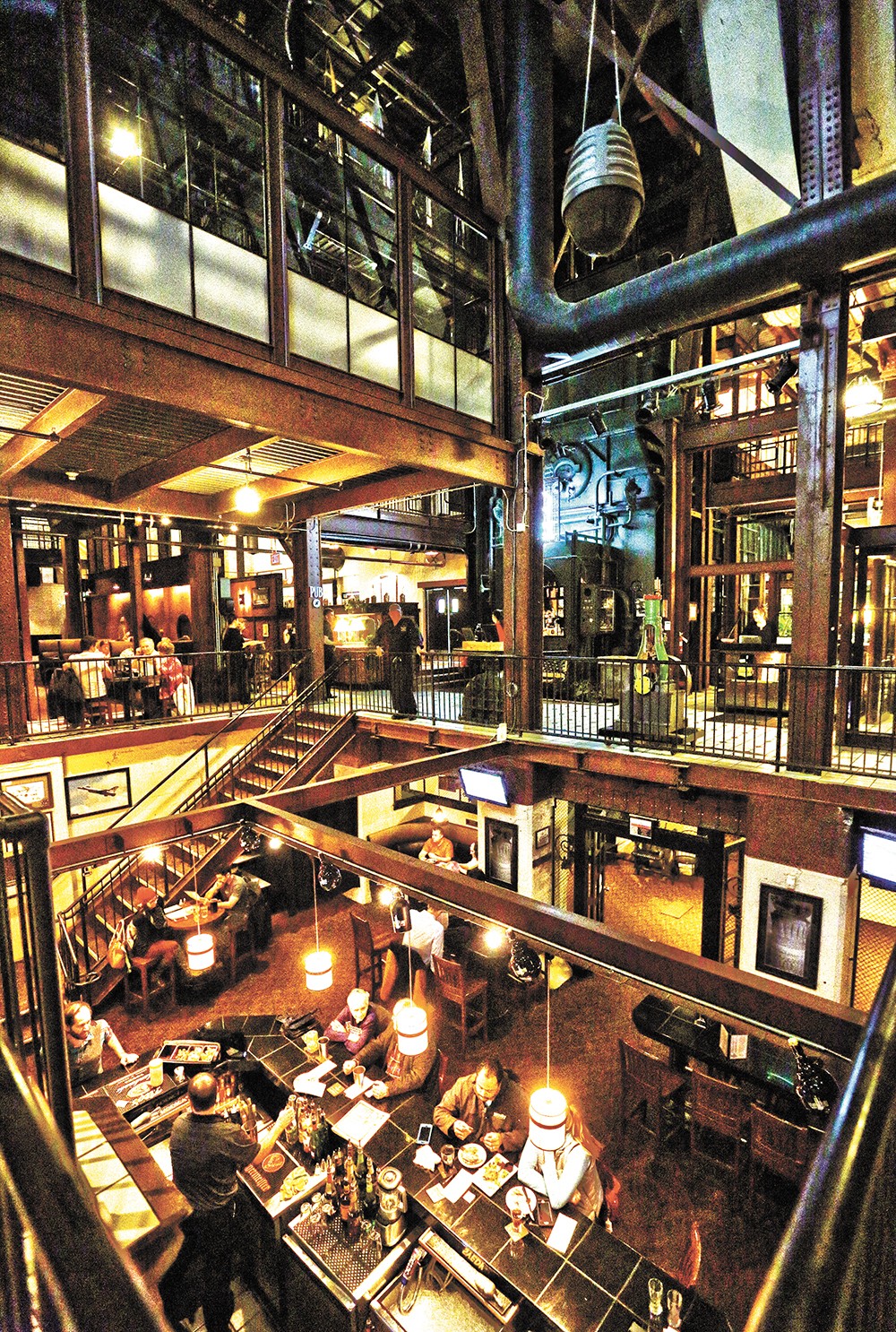 Young Kwak
The century-old building once powered downtown Spokane, but has been reimagined as a restaurant space.

Matthews says the best part about coming to work is that he notices something different about the building or its interior all the time. "I still come in and marvel: 'I work here.'"

According to general manager Denniston, future plans at the Steam Plant include expanded use of its parking lot for events like the Food Truck Blues & Brews festival to benefit Big Brothers Big Sisters, which celebrated its own 50th anniversary last year. In early summer, look for more beer-centric menu items, including bread baked from the brewery's spent grain. Discussions regarding a Steam Plant tasting room are also ongoing.

In the meantime, look for three new Steam Plant releases in celebration of the centennial. In partnership with Steam Plant, Latah Creek has bottled a special Pinot Gris and a Malbec, while the brewing company, according to brewmaster Ben Quick, has created a 10 percent ABV barley wine using, appropriately, Centennial hops.

"We cask-conditioned this ale for the past three months to produce a traditional character and carbonation level," Quick says. "A depth of flavors will delight the palate; however, the balance of malt, hops and alcohol lend to a smoothness that makes this sipping beer a bit precarious. To the 100-year history of the iconic Steam Plant, we raise a chalice and 'Cheers.'" ♦