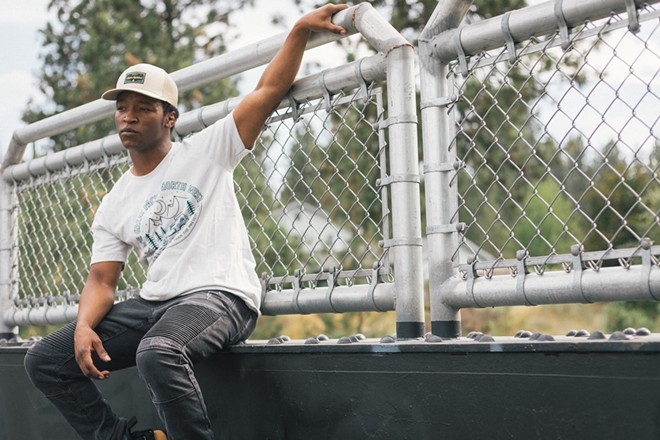 It's been a minute since we last heard from Jango, though it's not like he went anywhere.

When we profiled him almost a year ago, the Spokane hip-hop artist told us he was working on his second mixtape and was talking about his plans to collaborate with musicians from the other side of the state. He also had a gig at Seattle’s Upstream Music Festival in May.

Now Jango has dropped a new music video for his upbeat summer track "Legacy." Directed by Justin Frick, the clip features fellow "upper left U.S.A." artists Kung Foo Grip of Seattle, as well as a couple of DeLoreans. The Inlander has the exclusive premiere of the video:


"This song takes the east side culture and the west side culture of Washington and blends them together into something we called 'Legacy,'" Jango (real name Elijah Kilborn) says. "When I was looking at who I wanted to grab for this track, I had a huge lists of names. Kung Foo Grip stood out to me heavily because of their energy on stage."

You can also catch Jango and Kung Foo Grip on stage together at the Washington Cracker Co. Building (304 W. Pacific) this coming Thursday, Aug. 30, at 8 pm. Locals Treveezy and Young Smoke will provide support. Tickets start at $10, and you can buy them here.