Prices for some pills have soared, leaving consumers searching for cheaper options. But do discounts come at a cost?

Across the country, Americans are facing sticker shock at the local pharmacy. The New England Journal of Medicine recently documented numerous increases in the price of generic drugs, including a staggering 2,800 percent price spike in the blood pressure drug Captopril between 2012 and 2013.

What's going on? The People's Pharmacy, a nationwide radio program and newspaper column written by the husband-and-wife team of pharmacologist Joe Graedon and medical anthropologist Terry Graedon, blames consolidation of generic manufacturers that has resulted in decreased competition, and higher prices.

Last year, U.S. Sen. Bernie Sanders (I-Vermont) and Rep. Elijah Cummings (D-Maryland), requested that the Office of the Inspector General of the Department of Health & Human Services investigate skyrocketing generic drug costs. Research accompanying that request cited numerous examples; among them was the finding that the price of 100 albuterol sulfate pills was $11 in October 2013. That same bottle checked in at $434 by April of 2014.

"It is unacceptable that Americans pay, by far, the highest prices in the world for prescription drugs. Generic drugs were meant to help make medications affordable for millions of Americans who rely on prescriptions to manage their health needs," said Sanders, who is running for president. The lawmakers have also introduced twin bills in the House and Senate to help ease the burden on patients when drug prices increase.

In addition to Sanders, two other presidential candidates, Hillary Rodham Clinton and Sen. Marco Rubio (R-Florida), have raised the issue of high drug prices. Insurance companies, hospitals and physicians are also clamoring for drug costs to decrease and are pushing for the issue to come to the forefront in the 2016 presidential election.

Meanwhile, patients having trouble paying for their drugs right now have two money-saving options: they can apply through various channels for reduced-rate pharmaceuticals, or they can order medications from Canada.

Low-income and uninsured patients may be able to get free or at least less-expensive drugs through the Partnership for Prescription Assistance. After submitting an online form, patients will be referred to a state or local agency or a pharmaceutical company for reduced-rate medications.

For others, Canadian online pharmacies often offer prescription medication prices far lower than the same medication would cost in the United States. Because Canada and most other industrialized nations impose price restrictions and limit what pharmacies can charge for drugs, the cost of medication sold in Calgary can be half of what it would be in Spokane. But like all things Internet, trouble can be found at the end of a keystroke. 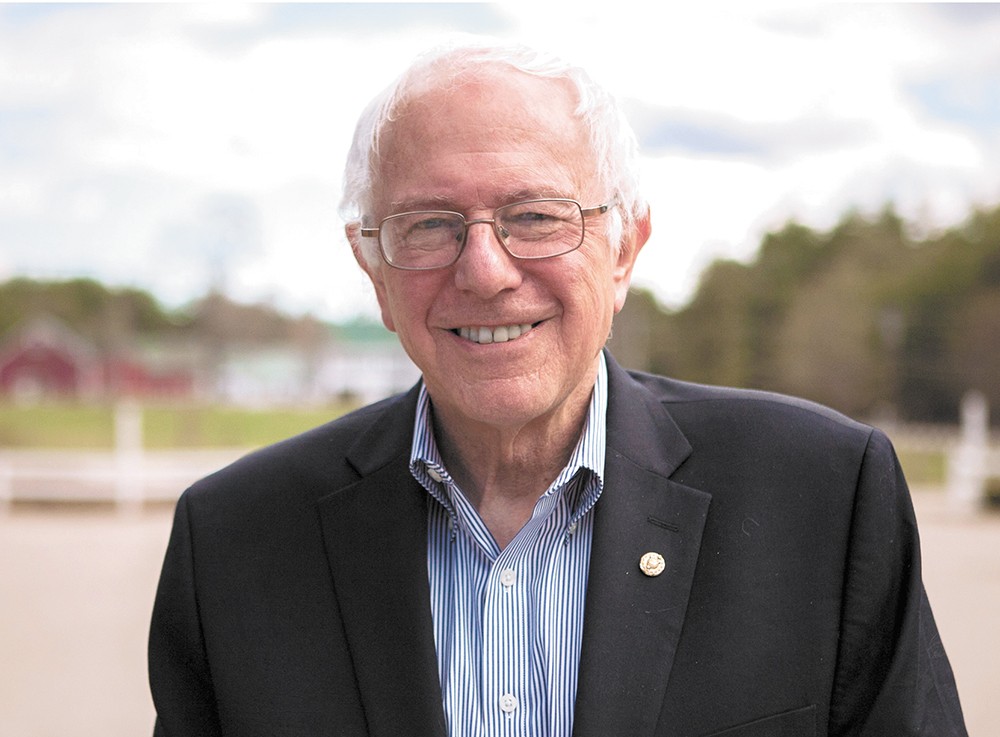 "It is unacceptable that Americans pay, by far, the highest prices in the world for prescription drugs," says 2016 presidential candidate Bernie Sanders.

If you Google "Canadian online pharmacies," you'll be greeted with pages of professional-looking websites offering prescription brand-name and generic drugs at highly competitive prices. Some are legitimate companies selling legitimate drugs, but others are actually criminal organizations, selling fake drugs with little or no active ingredient. And once you release your credit card number to buy from an illegitimate pharmacy, you may not only receive subpar or dangerous drugs, you could also open the door to fraud.

"We have found that approximately 96 percent of the sites advertising prescription medications on the Internet are illegal or rogue sites," says Carmen Catizone, executive director of the National Association of Boards of Pharmacy (NABP), referring to worldwide Internet sites. "These sites do not offer medications approved for use by the FDA, or require a valid prescription from a licensed prescriber. The drugs they are selling are not approved for U.S. patients or Canadian patients. In fact, medications shipped from these sites have been counterfeit, sub- or super-potent, or poisonous."

These warnings cast a sinister pall over purchasing online drugs from Canada, but the fact that about 5 million Americans buy prescription medication internationally each year with little or no health problems would seem to belie those warnings. Adding to consumer confusion is that getting more affordable drugs from Canada is not a subject that local providers seem eager to discuss. Ten sources contacted by InHealth declined to talk about the issue, with one pharmacist calling it a "conflict of interest." Obviously, American drug companies have a lot to lose if patients can easily and confidently shop for their medication out of the country, and the pharmaceutical lobby has pushed hard to prevent it. It should be noted that, sadly, people have died from buying drugs internationally without a prescription or from counterfeit websites.

Mike Metcalf, a Spokane family practice doctor who recently retired after 40 years in practice, claims he has never heard of patients receiving counterfeit drugs from Canada, and is a staunch believer that Americans should have the option to purchase prescription drugs online.

"I frequently invited my patients to use Canadian pharmacies," he says. "My wife and I buy several medications for personal use, as do many of my friends. Our medications include Celebrex, an arthritis medication, and Vivelle-Dot generic, an estrogen patch, from NorthwestPharmacies.com in Canada," he adds.

"Celebrex would cost me at least $300 for 100 tablets if I bought them through my insurance company, Group Health, but they're only $75 through the online pharmacy. The estrogen patch has a very significant savings by purchasing in Canada."

There are several ways that consumers can try to verify the validity of a Canadian online pharmacy. The National Association of Boards of Pharmacy (napb.net) carries updates and news about online drug issues, and recommends that consumers search AWARxE (awarerx.org).

The Canadian International Pharmacy Association (CIPA) offers its endorsement to licensed retail pharmacies and verifies that they are in good standing. CIPA reports that it has served more than 10 million U.S. patients since 2002 and claims a 100 percent safety record. 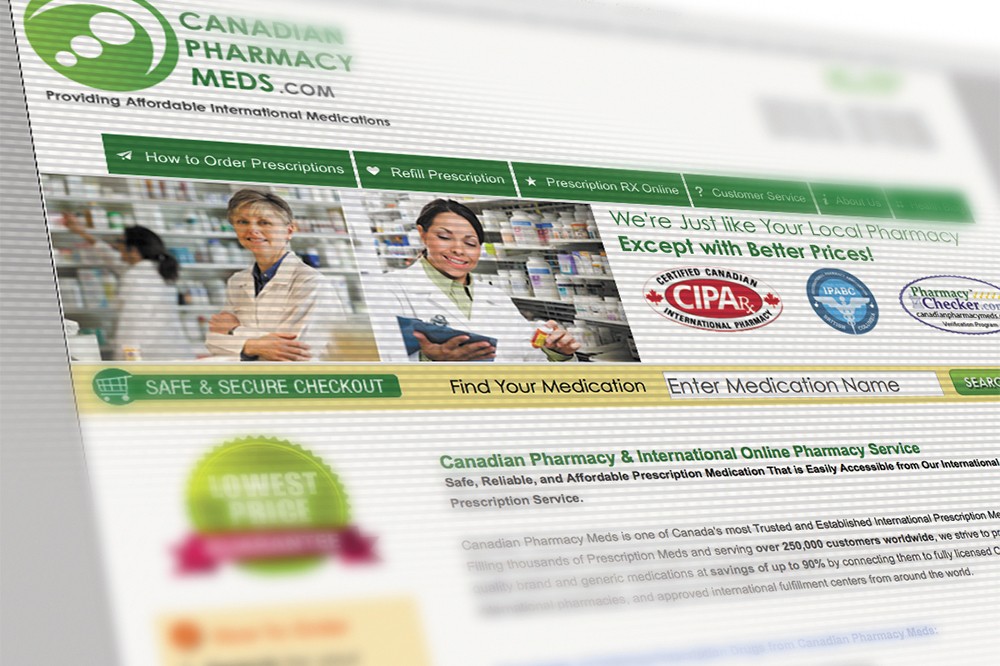 Patients still need a prescription to order from websites like canadianpharmacymeds.com


Until recently, PharmacyChecker.com was also recommended as a source to verify online pharmaceutical companies, but as we go to press, one of the company’s former directors, Ram Kamath, is under federal indictment in connection with Winnipeg-based Canada Drugs. Canada Drugs is accused of selling $78 million worth of counterfeit drugs to U.S. doctors over the past three years. PharmacyChecker.com was not named among the 14 defendants in the federal lawsuit.

On its website, PharmacyChecker.com states that "Dr. Kamath's conduct had no connection to PharmacyChecker's business and it was not part of his work for the company. While we have no greater insight into the present allegations, we can say this: years of verifications by PharmacyChecker, and peer-reviewed, empirical studies confirm the strength of our program. Safe online pharmacies have enabled millions of Americans to benefit from significantly lower cost medications from other countries, helping many Americans get prescribed medication they may otherwise have gone without."

"My patients have reported sharp increases in their drug costs ... I certainly understand how enticing it is to order drugs from Canada and save money in the process," says Janice Jordan-Bichler, a physician assistant with Optimal Healthcare in Spokane Valley.

"I caution my patients to monitor their condition and come in to see me immediately if they feel something's not right. We can certainly go to an alternative." ♦

CLARIFICATION: This story has been updated to clarify that while PharmacyChecker.com's former director, Ram Kamath, was indicted in connection with Canada Drugs, PharmacyChecker.com was not named in the indictment. Since this article was first published, Kamath cut a deal with prosecutors to come to a deferred prosecution agreement, which allows a person accused of a crime a certain period of time to fulfill requirements set out by prosecutors to avoid prosecution.

Incidents of counterfeit drugs are by no means limited to Canadian online purchases. Former Federal Drug Administration Commissioner Margaret Hamburg, M.D., acknowledged that 80 percent of active pharmaceutical ingredients sold in the U.S. come from foreign sources; many are legit but some are not.

Last year, a Bloomberg News exposé reported that a number of major generic drug manufactures in India systematically fudge their data, delete negative test results and simply package up the bogus drugs and mail them to unsuspecting distributors.

The FDA is charged with testing and monitoring hundreds of generic drug manufacturers — there are more than 600 in India and 500 in China alone — but the organization is woefully understaffed, with only a handful of inspectors in each country.

The most popular counterfeit drugs are Cialis and Viagra for erectile dysfunction, Zyprexa for schizophrenia, Effexor for depression, Plavix for heart conditions and Reductil for weight loss.

Whether ordering prescription drugs from Canada or taking meds you picked up at your local pharmacy, it's up to the consumer to be vigilant. Pay attention to your body's reaction to your medication. Check packaging, labels and dosage. If anything seems amiss, contact your doctor and your pharmacist.

Prices quoted here were posted on Costco.com (United States) and

Canadianpharmacymeds.com (Canada) on Sept. 21, 2015. As noted, some quantities vary.