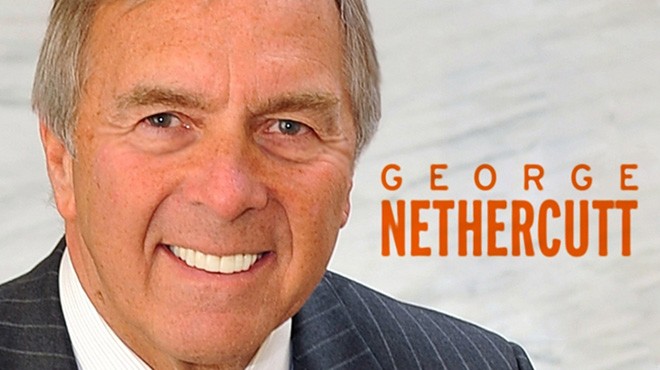 When Sen. John McCain died, President Trump refused to praise him, expressing only initial condolences to McCain's family for their loss. The American flag was lowered to half-staff on the White House recognizing McCain's death, only to be later raised to full-staff, then lowered again.

Presidents are the ones we usually turn to in times of national tragedy, and McCain's loss was a national tragedy, regardless of his maverick political stances at times. Trump was asked repeatedly by a reporter if he had any thoughts about McCain's service, but the president was mute, refusing to comment on the passing of a remarkable patriot and statesman — or say anything at all about McCain.

President Trump missed a big opportunity to be magnanimous and presidential by failing to comfort those saddened by McCain's death. Instead, Mr. Trump chose to be a small person, unwilling to praise another public servant, one with whom he publicly disagreed occasionally on policy matters.

McCain was stubborn, too. He voted against his political party's wishes on the repeal of Obamacare. His doing so was interpreted as a vote against Trump. In his heart, he chose to be obstructive, perhaps to spite Trump. Nevertheless, doing so for spiteful reasons was small and petty. He occasionally acted in life as Trump acted in death, McCain's, that is. Such actions were not profiles in courage for either man.

Lowering the American flag to half-staff over the White House is a tradition employed by American presidents for decades. In 1954, President Dwight D. Eisenhower issued a proclamation about when the flag should be lowered. He proclaimed then that it should be flown at half-staff for 30 days on all federal buildings after the death of a president or former president. For the death of a senator, representative, governor or the territorial resident commissioner of Puerto Rico, the flag should be flown at half-staff on the date of death and the day after in Washington, D.C., on all federal facilities, including U.S. Navy vessels, and flown at half-staff in the deceased's home state or area. In practice, however, senators like Daniel Inouye and Ted Kennedy were honored by flags flying half-staff until they were buried.

The president may also order the flag flown at half-staff in the aftermath of a tragic event or the death of officials, former officials or foreign dignitaries. Eisenhower also set flag standards for other officials as well, even establishing that the flag should be raised briskly to full-staff before being lowered slowly to half-staff.

So Trump was obligated to fly the flag at half-staff for Senator John McCain. To do otherwise was improper, petty and illustrative of the political differences they had over the Trump presidency while they served together. Regardless of one's political differences, the president should always be above petty politics at a time of someone's death. Perhaps it illustrates the Trump self-consciousness when he refuses to praise a man who loved America, served in the military with honor and dedication, was a champion of a strong American military, served in the U.S. Senate for more than 30 years, ran for president and was a member of the president's own political party.

McCain suffered horribly at the hands of his North Vietnamese captors, sacrificing his own well-being for other American captives who shared captivity with him. Yes, he was heroic, undiminished by his captivity, except through the permanent injuries he suffered, showing that heroism by refusing preferred treatment at the hands of his captors. His self-sacrifice led to his being repeatedly beaten and tortured. He was heroic because he thought more of his fellow man than he did his own welfare.

He wasn't un-heroic because he was captured. It's shallow to say that heroes are those who weren't caught, for McCain's heroism was demonstrated by how he acted under duress, how he lived his life and how he came back onto U.S. soil with honor.

McCain's conduct under duress demonstrated his character far more vividly than if he was never captured in the first place.

McCain exhibited courage in death as he had in life. He died a horrible death — brain cancer — and planned his own funeral, inviting honorable people to speak there, a difficult undertaking including the choosing of his own pallbearers. He showed courage and straight thought as he faced his final chapter of life, a chapter touched by pain and suffering. The president should have reciprocated to Sen. McCain in death, praising him accordingly, without political disruption. ♦

The original print version of this article was headlined "Lowered Standards"