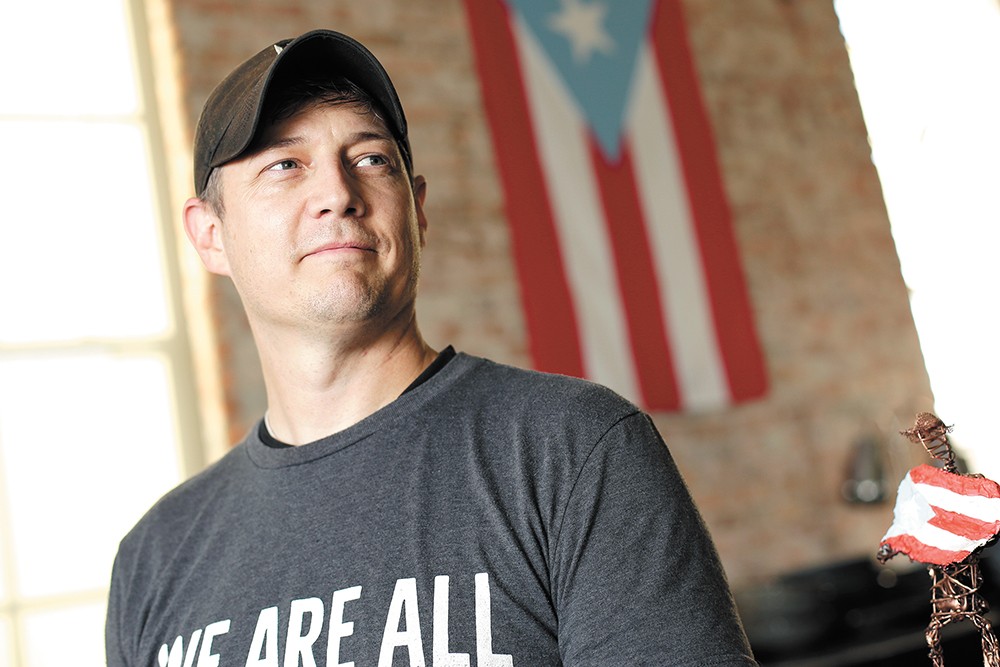 Young Kwak
Lots of change is in store for Jeremy Hansen's restaurants.

Hungry already for the seventh inception of Inlander Restaurant Week, happening Feb. 21 through March 2? Get the first taste of some of this year's menus, and the first look at the 2019 event guide, at the second annual First Bite for Second Harvest on Thursday, Jan. 31. Tickets ($31; ages 21+ only) are now on sale at InlanderRestaurantWeek.com. In addition to small bites from several IRW 2019 participating restaurants, the event includes samples from Washington state-based creameries, including plenty of artisan cheese. Each ticket includes one glass of wine from host venue Barrister Winery (additional wine is available for purchase) and unlimited samples. Proceeds support Second Harvest. (CHEY SCOTT)

Though the future has officially closed for chef and restaurateur Jeremy Hansen's planned gin bar and brasserie inside the former Ridpath Hotel building (see more on page 13), the concept is being reborn, sort of, at Inland Pacific Kitchen. Starting this week, IPK has transformed into Squid & Bull Gin Lounge, featuring a menu of pan-Asian food by chef Chong Vang and gin-centric craft cocktails by Simon Moorby. Hansen says the restaurant isn't permanently taking on this new moniker and theme, but is focusing on the concept for the next several months as traditionally has been done with Inland Pacific Kitchen's past themed, rotating menus. Squid and Bull's menu is available Wednesday through Saturday from 5:30 pm to close. (CHEY SCOTT)

There's a Grinch where Arlo's Ristorante used to be, but it's not what you think. The Sandpoint restaurant's owners are using a large wooden sign painted to look like the Dr. Seuss character to direct customers to their new location at the corner of Second and Lake Street (124 Second Ave.). The unexpected order to bug out came after the First Avenue building Arlo's occupied for 17 years was condemned this past fall. This wasn't the first time owners Tom and Lisa Guscott have experienced building issues; in 2008, a fire in an adjacent business shut them down until repairs could be made. This time, however, repairs to the structure were more than cosmetic, requiring the longstanding Italian restaurant to search for a new home. The Guscotts found it in the former Loaf & Ladle restaurant location, which has also been a sushi place, Greek restaurant and popular breakfast joint, where they'll continue to serve flatbread pizzas, pasta dishes and other Italian fare, including their popular veal saltimbocca. (CARRIE SCOZZARO) ♦

The original print version of this article was headlined "Sneak Peek"