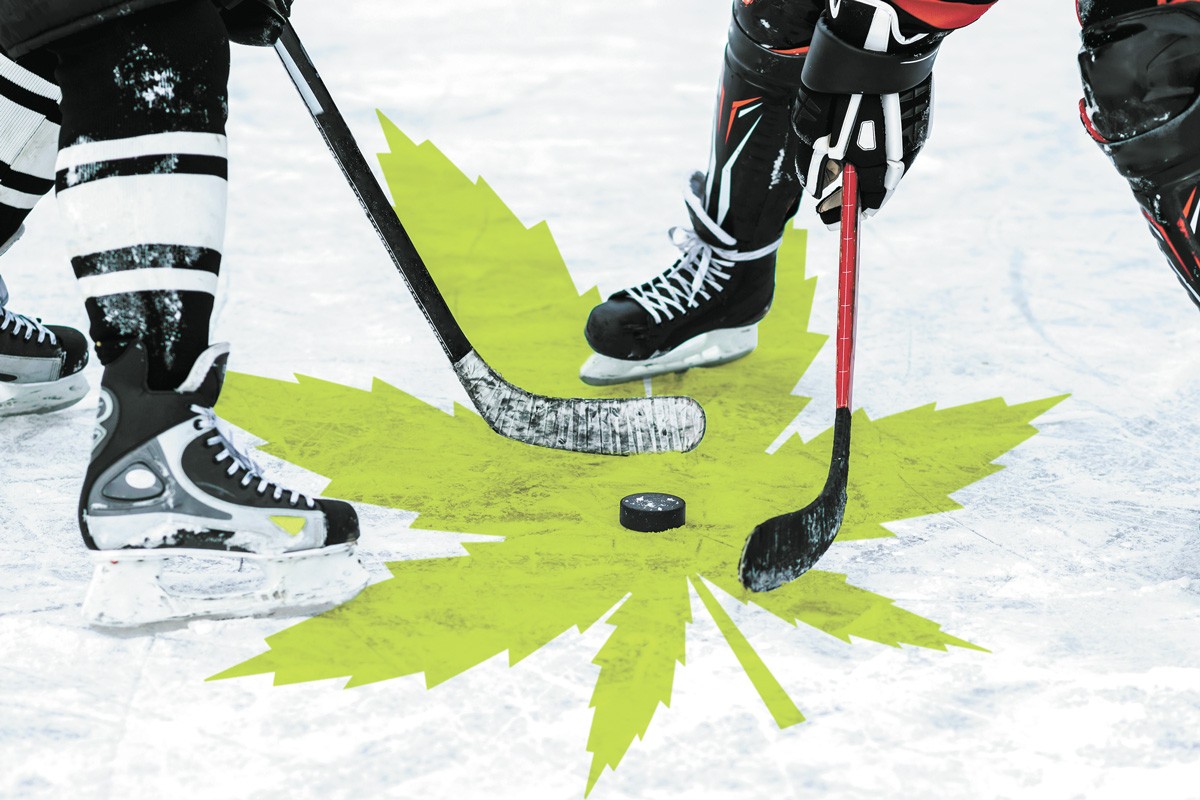 The National Hockey League doesn't punish players for cannabis use.

In most industries, drug testing of employees is done with safety in mind. An inebriated warehouse worker could be dangerous, after all. In sports, though, the tests are designed to weed out performance-enhancing substances like steroids, which give users an unfair competitive advantage.

Puffing on a joint won't turn you into a muscle-bound home run machine, so why bother testing for it?

Like most things related to cannabis policy, sports leagues in the United States aren't all on the same page when it comes to the drug. Most leagues don't even have a firm policy that defines whether cannabis is allowed or prohibited outright.

Interestingly, it's the sport often viewed as stuck in the past that has taken the most progressive stance on cannabis: major league baseball removed the drug from its list of prohibited substances in 2019.

The National Hockey League continues to test for cannabis, and positive tests lead to consultation with team doctors, but players are not punished in any way. Of the four major sports leagues in the United States — the NFL, NBA, NHL and MLB — the two most accepting of cannabis, hockey and baseball, are also the only two with a majority of their teams located in jurisdictions where recreational cannabis is legal. Overall, of the 124 teams in those four leagues, 66 or 53 percent are based in cities where cannabis has been legalized.

The other two of the four big leagues, the NFL and NBA, aren't quite on the cutting edge with cannabis.

The NBA suspended cannabis testing for the 2020-21 season, a move spurred on somehow by the coronavirus pandemic, though there's no word on making that suspension permanent once life returns to normal. The NFL continues to include cannabis in its random drug tests, but the league's most recent collective bargaining agreement removed offseason drug tests, making cannabis consumption de facto allowed from April through the start of training camp in August.

Perhaps unsurprisingly, while men's sports are slowly changing with the times, women's sports are embracing the changes. The National Women's Soccer League is, at least. Multiple teams in the United States' top-flight women's soccer league have sponsorship deals with CBD companies. One team, the Portland Thorns, wears the name of a CBD company, complete with those three letters, front and center on their pregame warmup jerseys. ♦

A version of this article first appeared in the Inlander's glossy cannabis magazine, Green Zone Guide.