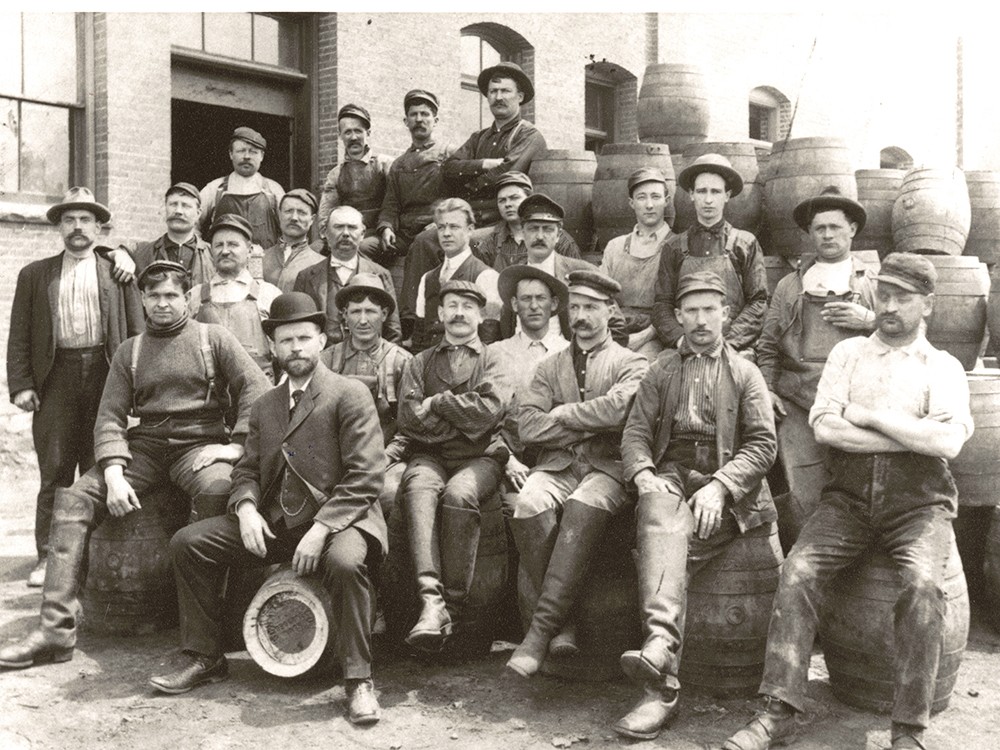 If you wait around long enough, everything comes back. All those beards you see these days on hipsters from Portland to Spokane? They’re the same thing guys were sporting back in the pioneer days around here. And not content to just match the look, more and more are following in those well-tread footsteps by drinking and brewing local beer, too.

I recently came across a story our Mike Corrigan wrote for The Inlander back in 1994, and I thought of it when we were pulling together this week’s section on the local brewing revival. “The miners, farmers and loggers who were striving to make something of Spokane were working up one hell of a thirst,” Corrigan wrote. “And the local brewer was more than happy to supply the refreshments.”

The subject of his story was German immigrant Bernhardt Schade — immortalized to this day in the beautiful brewery-turned-office that bears his name and overlooks the University District. His story recalls a different time — a time before refrigeration and multinational corporations, when the beards were long and beer was local.

Mike’s story recreated a time of “grand old breweries” — the Spokane Brewing and Malting Company near the current site of the YWCA, and Inland Brewing, which covered an entire city block on Second between Cedar and Walnut. Yeah, this was a thirsty place.

Schade left Spokane’s New York Brewery and went out on his own in 1902, building his Temple of Good Times and turning on the taps. But the buzz was short-lived. On Jan. 1, 1916 — four years before the rest of the nation — Prohibition hit Washington state, and Schade was out of a job, his little piece of Bavaria boarded up. Six years later, at age 51, Schade was dead.

When the Golden Age Brewery opened in the old Schade Brewery after Prohibition ended, it didn’t take long to find out the name didn’t fit. By 1933, a new world had emerged: Beer could be transported, and local brewers couldn’t compete. That’s why our dads had to drink Oly (which itself was eventually run out of business). Big Beer ruled for decades.

Since the early ’80s, when Redhook, Pyramid and Hale’s Ales started the microbrew trend, the industry has exploded — especially in the past couple years here in Spokane. This is a good thing — good business, good times.

Today, our niche brewers compete very well because beer lovers have developed adventurous tastebuds — and because they realize that if they don’t support the little guys, they’ll go the way of old Bernhardt. And they’d rather shave their beards than see that happen.