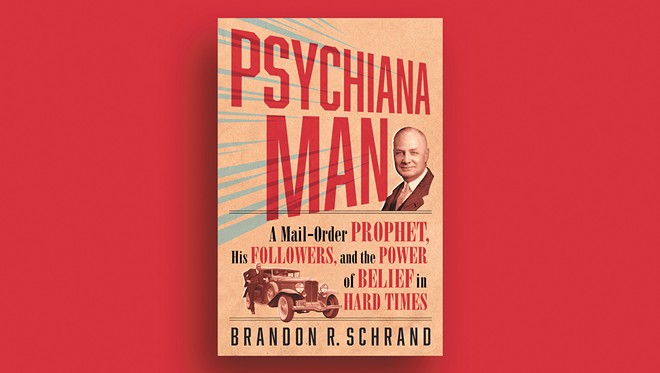 A century ago, the world's largest mail-order religion, Psychiana, was based in Moscow, Idaho.

For a brief period of time, the largest mail-order religion in the world was based in Moscow, Idaho. If the ads were to be believed, followers of this new religion could use its powers to cure illness, escape poverty and harness the "most scintillating, dynamic, pulsing, throbbing Power which exists on this earth."

It was a direct line to God himself, and it came with a money-back guarantee.

The religion was called Psychiana and it was founded in the late 1920s by Frank Robinson, a pharmacist, charlatan, prophet and advertising pioneer. Robinson and the religion he created are the subject of Psychiana Man, a new book by author Brandon R. Schrand, director of communications for the College of Agricultural, Human and Natural Resource Sciences at WSU.

The book follows Robinson from his birth and volatile upbringing all the way to his death in 1948. Born in England to Baptist parents, Robinson was essentially exiled by his father at age 17 and sent to work in an exploitative child labor program in Canada. He soon left and began wandering the American West and working a variety of odd jobs. He later settled into life as a pharmacist in Moscow. From there, Robinson would begin to build his life's work.

After writing the foundational texts of Psychiana in a caffeinated, chain-smoking frenzy, Robinson moved on to the important work — advertising. He was a gifted copywriter and had a revolutionary understanding of mass media communications. The study of propaganda and public relations was still in its infancy, but Robinson had an innate understanding of the human attention span and what makes people tick.

"He was always supplying content and repackaging his message over and over again," Schrand says. "He was really good at repeating these sound bites to make sure that they would stick."

"'I TALKED WITH GOD' (Yes I Did - Actually and Literally)" read one early advertisement in vivid block text. It was proto-clickbait and shockingly effective.

Letters from prospective students began to pour in, overwhelming the Moscow post office with correspondence from new converts. By mailing Robinson $20 (about $280 today), adherents would receive biweekly lessons on the tenants of Psychiana. The offer came with a money-back guarantee, but few took Robinson up on the offer.

The religion grew to encompass hundreds of thousands of students around the world. Robinson hired dozens of employees and bought office space in Moscow to handle the large influx of letters.

Psychiana was unique in many ways, but it was still a product of its time, Schrand says. The Great Depression was a period of intense instability and many Americans were desperately searching for answers. People were losing faith in government, banking, organized religion and other institutions that previously provided structure. New forms of mass communication further compounded people's vulnerability to dubious information. 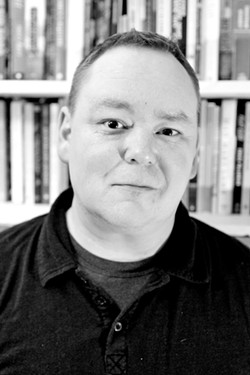 "I think that movements, however brief, don't occur in a vacuum," Schrand says.

It's hard to read Psychiana Man without thinking of QAnon and other modern epistemological crises. If Robinson were alive today, you get the sense that he would have been incredibly active (and kind of annoying) on Twitter.

When Schrand first began his research, he didn't have much sympathy for Robinson. He thought of him as a charlatan and a fraud, a hustler exploiting vulnerable people and taking their money during a difficult period in American history. But as he dug deeper into the research, Schrand's view began to soften.

Robinson was unusually progressive for his time. Unlike most religions, people of all races were welcomed into the congregation. He was also generous with his money, frequently helping families in need during difficult times. He even donated the property for Robinson Park in Idaho, which still exists as a recreation area to this day.

"There's more to this guy than meets the eye," Schrand says.

At the same time, one can argue that Robinson's inclusivity was driven by greed and a desire to maximize profits. He was a compulsive liar and had a penchant for drama and showmanship.

"You make up your mind about him in one way and read something by him the next day and it would change your thinking about him," Schrand says. "As a writer, it was gratifying to tackle that kind of personality."

Robinson was accused of committing mail fraud and became subject to investigations by United States postal inspectors. He was also embroiled in a legal battle over his citizenship and was briefly deported. With help from an Idaho senator, Robinson was able to obtain a visa and return to the United States in 1942.

Many of the letters students sent to Robinson have been preserved, and Schrand devotes significant portions of the book to their lives. The letters tell a broader story of the Great Depression and a nation in duress. Schrand tried to reach out to existing family members of former students, but many were unwilling to talk when they learned the subject of his research.

There's one big question that hangs over the book: Did Robinson actually believe this? It's the question Schrand says he would be most interested in asking Robinson if he were alive today.

It's difficult to know for sure, but there are clues in Robinson's writing. Shortly after World War II, Robinson's health began to fail and he increasingly appeared to question the power of Psychiana.

"There was a kind of desperation in his writings that he really wanted it to be truer than what I think he thought it was," Schrand says.

After a heart attack in 1948, Robinson's son Alfred remembers him saying, "There must be a God, a law which I can draw on to lick this physical problem."

It was a revealing moment, Schrand says. If Robinson was a true believer, he doesn't think his faith would have faltered as it did. In October 1948, Robinson died at age 62. His son briefly took over the work of responding to letters and managing Psychiana, but by 1952 the movement officially folded. Unlike Mormonism, Scientology and other new religions, Robinson hadn't named a direct successor. Psychiana died with him. ♦

The original print version of this article was headlined "Direct Line to God or Mail-Order Fraud?" 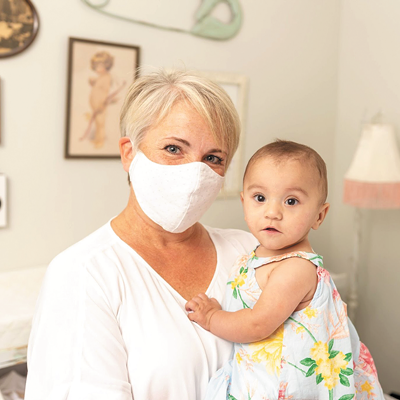