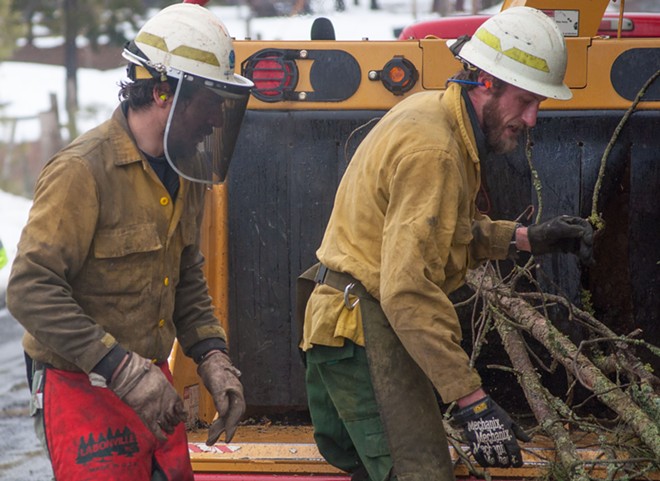 The Department of Natural Resources will ask for the largest budget increase in department history during the upcoming legislative session, as Commissioner of Public Lands Hilary Franz says an additional $55 million will be necessary to fight and prevent fires over the next two years.

“This year we saw a record high number of wildfires — more than 1,700. Wildfire smoke caused Washington to have the worst air quality in the world this summer,” Franz said on Facebook this morning as she hosted a live press event at a helicopter repair hangar in Western Washington. “But, while the numbers of wildfires have increased significantly over the last few years, investments in wildfire preparedness and forest health efforts have not kept up.”

With the budget increase, Franz says the department would hire more full-time wildland firefighters, provide them more training, pay for more helicopters and invest in forest health, as the state continues to fight impacts from a changing climate.

Of the budget ask, $6 million would add two helicopters to the current fleet of seven to help keep fires to smaller sizes. Franz says 95 percent of wildfires in the state were kept to less than 10 acres this year largely because the helicopters helped get crews to fires faster.

“Our children are growing up in a Washington without summer,” Franz says. “Our businesses are losing as people no longer come to visit some of our most precious and beautiful communities. Our environment is hurting, and it is hurting our economies.”

That’s why, she says, she’s urging the Legislature to fund the package she’s proposing, to address the costly issue and prevent worse issues in the future.

“Literally every single week since April to the present, our firefighting teams have been fighting fires in every corner of the state, with 40 percent, almost 40 percent of those fires being west of the Cascades,” Franz says. “So this is no longer an Eastern versus Western issue, it is an entire Washington state issue.”