Putting the Arm in Charm

Disney's latest appeals equally to all ages and brings the heat 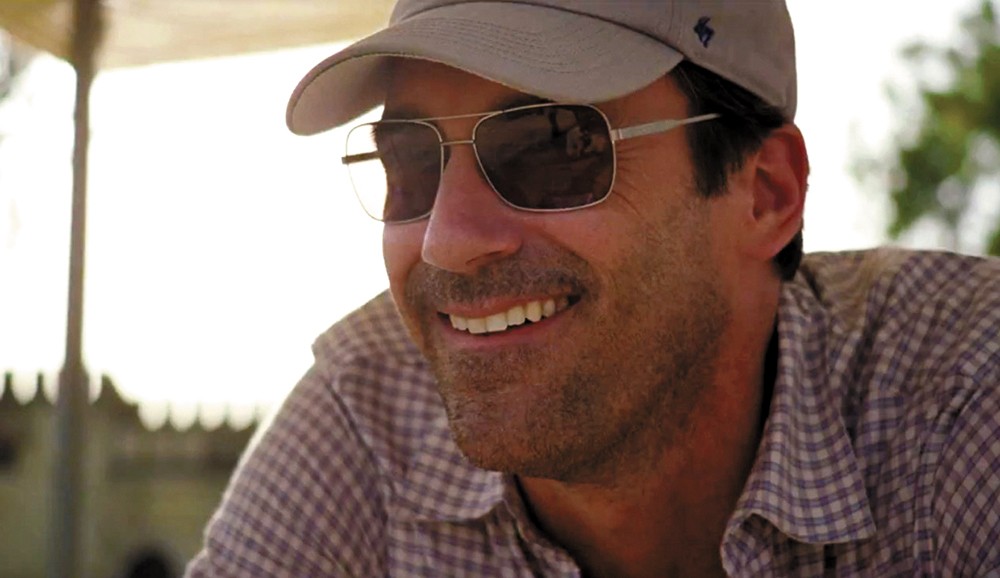 Don Draper has never been this happy.

The term "family-friendly movie" has become a catchall to indicate a film aimed at little kids, but aren't unbearable for parents to sit through. Disney's new sports movie Million Dollar Arm offers a truer family-friendly package. Between its underdog story, charming characters, and light (but consistent) humor, it's got actual universal appeal.

Jon Hamm stars as real-life sports agent JB Bernstein, who's desperate for an outside-the-box idea after striking out with American pro athletes. Bernstein gets the idea to go to India to find young cricket bowlers to convert into baseball pitchers, and to do so via a reality TV competition. Once the two boys — Rinku Singh (Suraj Sharma) and Dinesh Patel (Madhur Mittal) — are found, they must race to learn a foreign sport in a foreign land before they show off their skills in a tryout for Major League Baseball scouts.

Million Dollar Arm plays heavily on the fish-out-of-water dynamic. In fact, it doubles down on the concept. During the first half of the film, Bernstein is the one out of place, trying to navigate India and deal with its unpredictability in his unlikely search for arms. Once he finds the boys, it's their turn to experience culture shock in Los Angeles.

Hamm's sleek, roguish charisma makes the role of Bernstein seem effortless, while Sharma (Life of Pi) and Mittal (Slumdog Millionaire) provide the proper mix of guarded optimism, homesick hesitance and youthful zeal. The supporting cast is strong, with Bill Paxton as upbeat pitching guru Tom House and Alan Arkin as the curmudgeonly baseball scout, Ray. But the character who really holds Million Dollar Arm together is Lake Bell's Brenda. Ostensibly the film's love interest opposite Hamm, the script allows her to develop into a three-dimensional character who challenges Bernstein and serves as a confidant and friend to the boys.

Admittedly, Million Dollar Arm doesn't really drill deep on any cultural issues, like the potentially problematic socioeconomics of treating India's impoverished masses as little more than a market for selling hats, but the movie itself never feels intentionally exploitative. It's a Disney family movie and works on that trademark fluffy, surface-level simplicity. That's not a knock, as the film is something of a throwback; an entertaining, warm-hearted movie that can be enjoyed equally by all family members. In those terms, Million Dollar Arm finds the zone. ♦

Million Dollar Arm is not showing in any theaters in the area. 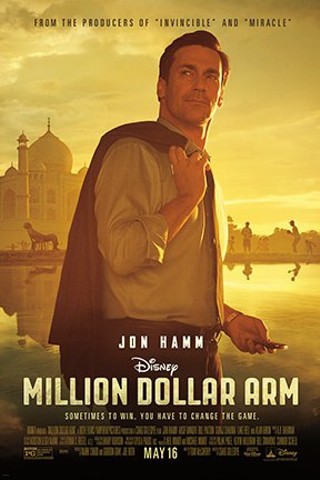