Queen of the Hill

Can any of the three hopefuls topple Rep. Cathy McMorris Rodgers?

It’s 4 pm on a Friday and Rich Cowen, 56, sips a diet soda at Hill’s restaurant in downtown Spokane. A candidate for Congress, Cowen has already met today with a patent law expert and had lunch with a vice president of Eastern Washington University. He’s already sat for two sessions of fundraising phone calls. After this, he’ll head out doorbelling until the sun goes down.

Looking sharp in a dark suit, white shirt, red power tie and American flag lapel button, Cowen shows no exhaustion. After working his share of 16-hour days as the former chief executive of North by Northwest Productions, he seems happily attuned to the campaign trail. A Democrat and former EMT, he blasts through a series of policy ideas before upbraiding Congress on a recent vote to repeal President Barack Obama’s health-care reform law.

“Why not spend that time dealing with jobs and things that really mean something to our area?” Cowen says.

But all the energy in the world may not help Cowen reach his goal of unseating Republican Rep. Cathy McMorris Rodgers. First elected in 2004, McMorris Rodgers is a rising star who earlier this year became the House liaison to presumptive presidential nominee Mitt Romney. The closest a Democrat has come to beating her was within 12 points in 2006. As of mid-July, the congresswoman had $1 million cash on hand; anybody watching the Olympic games has drunk in her campaign ads.

Voters who mail in their primary ballots by Aug. 7 will choose the top two candidates between Cowen, McMorris Rodgers and two others — Randall Yearout and Ian Moody — to face off in the November General Election.

Cowen, oozing optimism that for a 21st-century politician borders on masochistic, unfurls his political laundry list. He talks of cutting the country’s corporate tax rate in half and of pulling together a national infrastructure bank to fund construction projects. He talks of joining the Fix Congress Now caucus, a group that wants to forgo congressional pay if a budget isn’t passed by Oct. 1. If elected, he wants to meet as many Congress members as he can, so he can try to build consensus.

Cowen isn’t the only would-be politico gunning for McMorris Rodgers. The congresswoman has a conservative challenger, who according to one of his radio ads, says Congress “couldn’t pour sand out of a boot if the instructions were written on the heel.”

At a candidate forum, Randall Yearout explains that the Constitution Party — for which he ran for Congress twice, including 2010 when he garnered 10,635 votes in the primary — doesn’t have the organization to mount an extensive campaign.

“There’s enough grassroots movement in an established party already, I think, that will carry the message,” he says, referring to the GOP.

Yearout is a 58-year-old Newman Lake resident who once built and repaired saddles and tack and who now operates a crane. He sports a sliver goatee and speaks in a mild voice.

“The message is limited government and how our Constitution framed it … to limit federal power,” Yearout says. “Which of course means by extension, less taxes.”

His is a mission to find converts. “Education is the only way to do it. The people have to understand what government is responsible for,” he says. “It is not responsible for every welfare program that is under the sun.”

Yearout says he’d like to restore the Glass-Steagall Act, a Great Depression-era law that barred banks from being in the business of investment and was weakened in 1999. He also voices frustration at trade bills that, he says, undermine U.S. sovereignty.

He describes McMorris Rodgers as a “mixed basket.”

“I don’t think she cares that the government is limited or not,” he says. “She voted for an almost trillion-dollar increase in the debt limit.”

But McMorris Rodgers — former family farm worker, state representative from Colville and now the fifth-highest ranking Republican in the House of Representatives — doesn’t see it that way.

“I voted to raise the debt ceiling with the understanding that we were going to be cutting over a trillion dollars” from the federal budget, McMorris Rodgers says over the phone.

The congresswoman says she’d like to reform medical liability laws to keep doctors from practicing expensive, “defensive” medicine, as well allow insurance companies to compete for customers across state lines. She also voices her support for streamlining the tax system, including closing tax loopholes and flattening tax rates. She also mentions a bill to increase the use of small hydropower dams to produce electricity — a bill Cowen himself says he favors.

“We could double hydropower in this country without new dams, simply by investing in new technology and new turbines,” she says.

Another achievement McMorris Rodgers claims is legislation she’s helped put on the Obama’s desk to reform the Food and Drug Administration.

Because of current FDA laws, “It takes four years longer in America to get a medical device approved [here] than in Europe,” she says.

“I have built a lot of relationships across the aisle,” McMorris Rodgers adds. But while she runs on that sense of cooperation, McMorris Rodgers has also played the role of attack dog. The same day as her interview with The Inlander, the Romney campaign released remarks by McMorris Rodgers attacking Obama for “job-killing policies — including higher taxes, massive deficit spending and more regulations on small-business owners.”

Obama, in fact, has cut taxes both through the economic stimulus bill and by his temporary extension of the Bush tax cuts. Obama also assumed the presidency after a deficit spending binge by Bush that included two wars, a Medicare prescription drug plan and an expansion of military spending.

McMorris Rodgers, who came to office after votes on most those issues were taken, concedes that both sides share blame.

“Both parties are guilty of spending beyond their means,” she says.

But spending to Ian Moody, the fourth candidate in the race, is not just partisan. It’s generational.

“The Baby Boomers are not willing to bite the bullet on some of these issues,” says Moody, an independent, adding that the Social Security retirement age needs to be raised. 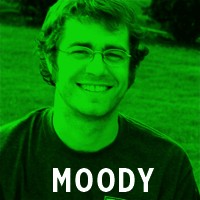 Moody, a 33-year-old certified nursing assistant, is executive director for Spokane Designated Provider, a local medical marijuana advocacy group. He sees Congress as a route for marijuana reform: Moody would like to keep the federal government from intervening in state green laws and reschedule the drug so government can perform cannabis research.

But his hopes just might be smoke in the wind. Moody notes McMorris Rodgers’ $1 million war chest, the fuel for barrages of TV ads and mail pieces.

“I’ve got about $500,” Moody says. “As far as the modern political system would have you believe, I don’t have a shot.”

Riding the ferry one morning from Bainbridge Island to Seattle, former Congressman Jay Inslee describes during a phone call what he sees as the big difference between he and Attorney General Rob McKenna.

“I have a plan for job creation that is suited and tailored particularly to our state,” Inslee says, rattling off ideas about biotechnology, aerospace and green-energy industries.

One of these men — Inslee the Democrat, McKenna the Republican — likely will be voted governor in November.

He says that the green energy economy is growing twice as fast as the regular economy, so that is where Washington state must look for job creation. 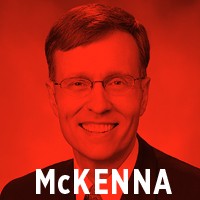 needs tax and regulatory reform to spur job growth. Representatives for McKenna’s campaign did not respond to several calls requesting an interview.

Seven other candidates are hoping to make it into the primary’s top two, in order to advance to the General Election, though no one expects that to happen. 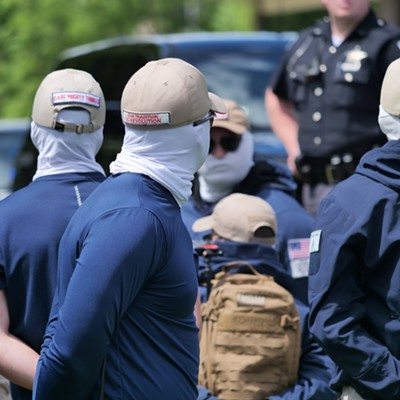