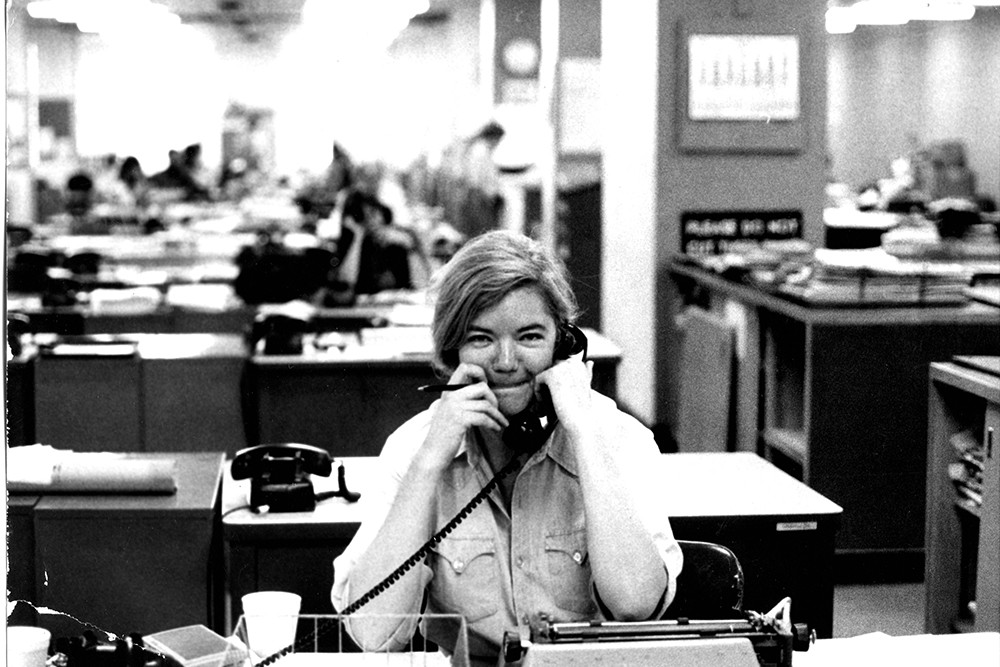 Perhaps the greatest aspiration of any journalist is that the things you write will matter, that your readers hang on to your every word, that the things you say could potentially change peoples' viewpoints. Molly Ivins had that, at least for a while. The late political columnist and talking-head pundit was known for her irascible viewpoints and obstinate personality, and the new documentary Raise Hell: The Life & Times of Molly Ivins explores her influence in a manner that's as entertaining and garrulous as its subject.

Ivins stood out in more ways than one. The rare liberal in the deep red of Texas, she was 6 feet tall with a honeyed drawl, who was fearless and foul-mouthed and could drink cowboys, politicians and shitkickers under the table. Ivins returned to her Lone Star state after studying in Europe and ruffling feathers at a position with The New York Times, and it's when she came back to Texas that she became a high-profile — and often contentious — figure.

Raise Hell makes it very clear that Ivins didn't put up with any guff. She would call out injustice and hypocrisy but always in colorful ways, and often peppered with Southern colloquialisms and adages. She was friends and drinking buddies with many of the politicians she excoriated, including Texas Gov. Ann Richards, and she was something of an expert on George W. Bush before his ascendance to the presidency.

But beyond the unflappable public persona was someone much more complicated. Raise Hell shows us a woman who never married or had children, and might have regretted it; whose drinking habits were such that she worried she wouldn't be funny anymore if she quit; who was often the target of the kind of death threats women journalists still receive; who was vulnerable and possibly even shy, but who could turn it on when given the free rein to speak her mind.

Director Janice Engel sits down with members of Ivins' family, with friends and former colleagues, to get a well-rounded look at her subject. (Curiously, none of the folks who drew the most ire from Ivins appear in the film, though we're told many times that her criticisms were often in good fun.) This is interspersed with archival footage of Ivins lecturing or being interviewed on C-SPAN, and we see that she was not only a great wit but a tremendous storyteller with a sixth sense for comic delivery. There are some big laughs in the movie, all courtesy of Ivins, as well as heavy doses of insight, observation and downhome wisdom.

Cinematically and stylistically, Raise Hell is fairly straightforward, an educational documentary that would have been right at home on PBS or CNN. But as a portrait of this complex and cantankerous woman, Raise Hell is very effective, and sometimes quite moving. It's also somewhat comforting, a reminder that the chaos and divisiveness of our current political climate is hardly unusual or novel. It's just that every once in a while, someone like Molly Ivins come along, cutting through the nonsense and telling it like it is, consequences be damned. ♦

The original print version of this article was headlined "Political Firebrand"

Raise Hell: The Life & Times of Molly Ivins is not showing in any theaters in the area.