Singing can rouse your spirits, regardless of talent level 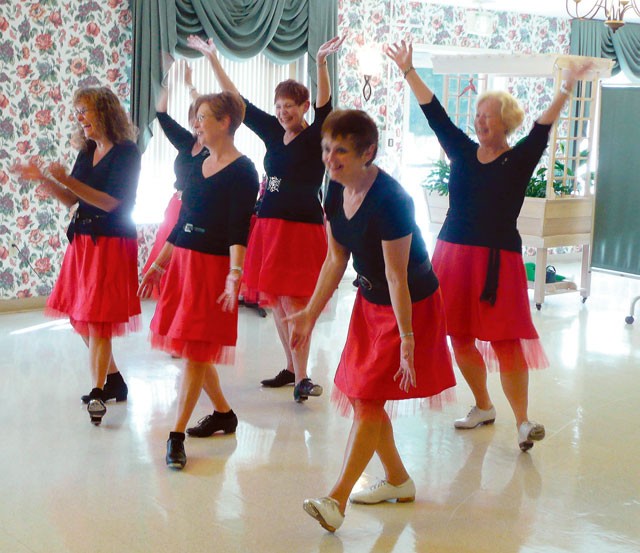 Lynn Edmonsen
The Spring Chicks are one of the singing groups organized by Project Joy in Spokane.

Maybe you don’t think your voice is exactly great. Music therapist Barbara Dunn has heard it all before in the singing groups she leads for people with cancer and pulmonary disease. “About three quarters [of the class] will joke about their singing — ‘You don’t want to hear me!’ But by the end of the class, nine times out of 10 everybody is singing,” she says.

Unlike medications, there are no side effects and no contraindications to singing. “The worst thing that can happen is that you can have a good time,” says Dunn, who is also a psychotherapist and works in a variety of settings in Seattle and on Whidbey Island.

On the other hand, a lot of good things can happen. Studies have shown singing boosts the immune system. It raises levels of the feel-good hormones, serotonin and endorphins. It gives your lungs a good workout and boosts oxygen levels in the body.

Music therapist Susan Summers is president of the Music Therapy Association of British Columbia and also a faculty member at Capilano University’s music therapy department in Vancouver. She compares singing to the happy purring of a cat.

“It is like that vibration inside of our body is transferred to our bones and cells. In my experience, you can’t be depressed and sing because depression is a low, low frequency in the body,” she says.

“When you sing, you actually raise the vibration of your body.”

So if singing is so good for you, why don’t we do more of it? “Finding places to sing is really challenging,” Dunn acknowledges.

Seniors may find churches no longer singing the hymns they know and love, and while it is fun to sing in the shower, the benefits of singing are multiplied with a group.

“When we are singing with others, we get the resonance of their bodies within ourselves,” says Summers. “Imagine sitting next to a huge speaker — you can’t help but be affected by the other people around you.”

That’s where Spokane’s Project Joy comes in. Funded by Spokane Parks and Recreation and donations, Project Joy offers the opportunity for anyone to participate in singing — whatever your musical ability, there’s a place for you, says director Robert Smick.

“We provide an outlet for creative skills,” he explains. Some groups just meet to sing for fun, while others are vetted to make sure they are ready to perform and then entertain people throughout the area, often other seniors. “It is a great thing for the audience to hear music, music that they love, that they understand, that they are familiar with.”

Those familiar songs may forge a link with the present in people suffering from dementia. Even when people can no longer speak, says Summers, “Music stays whole and well inside someone.”

Smick relates the story of a woman who hadn’t spoken for three months when the facility where she lived was visited by one of the Project Joy choirs. “They were singing ‘God Bless America,’ and all of a sudden this lady started singing the words of ‘God Bless America’ and that helped her to start talking again.”

That’s just one example of the power of music. “There’s so much that goes with singing beyond the physiological,” says Dunn.

“People can become alienated from their feelings, but music can touch those places and help them connect with what is going on in their heart. Music can, just in an instant, tap into that tender place.”