Ranch dressing for prez? Eyman charged with misdemeanor theft, and other headlines 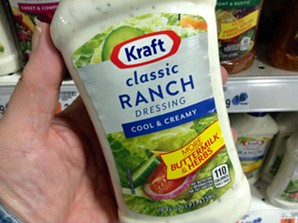 ' up
Bernie Sanders raised "$5.9 million from more than 220,000 donors in the 24 hours since he announced his presidential candidacy," Politico reports.

"Don't sit on me"
Washington state's anti-tax man Tim Eyman was charged with misdemeanor theft after a surveillance video caught him walking out of an Office Depot with a chair.