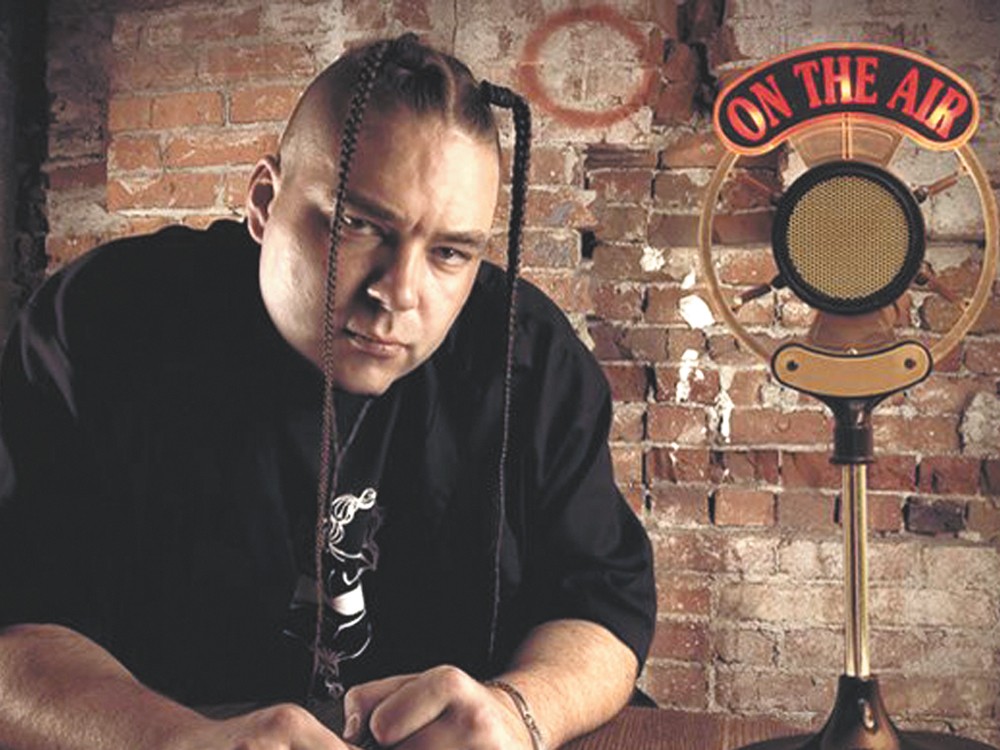 Ex-Spokane rapper Knothead is still rapping and still has braids.

Last night, Knothead opened for Hed PE at the Bossanova Ballroom in Portland. This morning, he’s Steve Marggraf and is the picture of suburban bliss, wearing flannel pajama pants and sipping hazelnut coffee in his Vancouver, Wash. home. His characteristic knots are upbraided and tangled atop his head.

The hardcore rapper fled to Spokane to escape a methamphetamine addiction in the 2000s and made waves in the local hip-hop scene. He moved to Vancouver in 2009 to start a family with his wife. The Inlander sat down with Marggraf to talk about his disdain for mainstream culture, his latest EP and appearing on Portlandia.

INLANDER: Your new EP “Never Fold Up” came out in July. What was that project like?

MARGGRAF: I’m very proud of it. By all accounts it’s my best piece of work ... my first EP [Hadlock For Life] was industrial noise acid rap when I was really high on a lot of bad drugs. … But I got sick of being just angry and screaming all the time. K.N.O.T. (the) Radio EP was designed to help me bust out of my box. I can do other kinds of hip-hop. I can do whatever the f--- I want. I can have five metal tracks and then some old school shit on the end.

Your delivery is always guttural. Where does it come from?

You gotta be honest ... I’m sick of people talking about making it rain at strip clubs and bottle service. I know some of these f---ers are living in their parent’s basement. And don’t f---ing talk about murdering people if you ain’t killin’ people. I gotta be me. I’m an angry dude. I had a rough childhood but I managed to come through it. I’m not just an angry dude walking through life. I have righteous anger at deserving topics.

What was your experience in the Spokane’s music scene?

At first nobody would book me. I had to learn to promote and throw my own shows. But I’ve had a very charmed career path. It was the perfect storm of lucky breaks, hard work, paying dues and a helping hand here and there and Spokane was the first city to get behind me and lift me up.

You played a bouncer in Portlandia. I take it you don’t hate the show like most Portlanders?

I got to sit at lunch and listen to Tim Robbins [who also appeared in the sketch] discuss show business. … Portlandia is a very hot topic in Portland and I think it’s fantastic. It takes some vicious shots but it doesn’t pick at anything that isn’t ripe to be picked at … that’s the worst thing about hipsters, they can’t take a joke.

What’s the best thing about not being a meth-head?

First off, we prefer tweaker. Coherency, clarity and food and sleep are nice. Not wondering if I’m a zombie or not. Being a little closer to reality ... I went from being so tweaked out that all the skin peeled off my hands and I couldn’t light a lighter to smoke any more dope, to working with the number one independent record label in the world. I’ve worked really hard. I’ve been clean for seven years. I’ve had a couple of relapses — I’m human — but I’ve got too much to lose now.