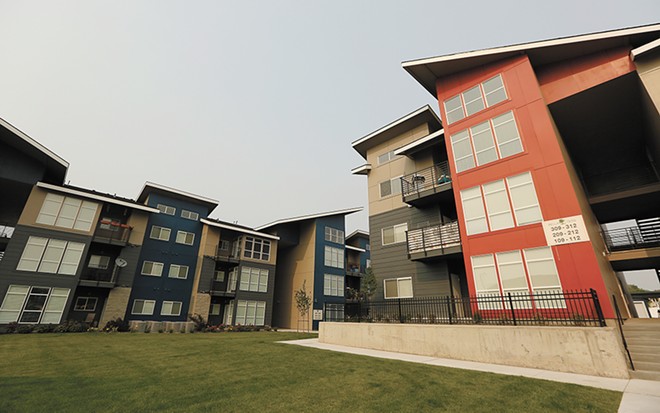 There is legitimate and increasing concern about our affordable housing crisis in Spokane. Many people attribute this crisis to the diminishing amount of rental units that are available, and then state that the law of supply and demand is operating as the cause of exponentially increasing rents being demanded by landlords. Although it is true that the number of rental units is not keeping pace with demand, to state that supply and demand is a scientific law, identical to the laws in physics or chemistry, is inaccurate. The laws in these hard sciences are based on true experiments, and the laws of economics are not as rigorously established, and are based on observations of constructed, rather than natural, phenomena. Rents are rising in Spokane because individual landlords make personal decisions to increase the cost of the basic need of housing for tenants. A landlord increasing what they charge for rent is not an involuntary reaction rooted in a scientific law, it is a voluntary decision rooted in their self-interest. Our economy is a constructed phenomenon, not an objective reality, and it is therefore legitimate to question how it is constructed, especially when basic needs are increasingly difficult to meet.

Readers respond to an article on Inlander.com about whether Spokane has become safer under Mayor Condon and Council President Stuckart's leadership (July 19, 2019):

Chad Primmer: If they think they've done such a great job I'd like to see either one of them dress up in normal pedestrian clothes have no security or protection and walk through downtown Spokane for a day and see how safe they think they made the city.

Norma McCarthy: Safer? Geeze, why does the media insist on pandering to the snowflakes among us? Most of us who live in Spokane feel just fine here and I'd bet that most who whine about not feelin' safe never have plans to come into the city more'n once a year, if that. If the deciding factor for someone on who to vote for in the mayor race is about "safety," please lose your ballot.

Deva Bailey-Logan: As a black person who has lived here for five years and has lived in Gary, Indiana, and the South Side of Chicago, I feel 100 percent perfectly safe. I feel as safe as I did walking in Gary and the South Side of Chicago. There is less crime, more homeless people (who happen to be white) and a genuine concern for change here versus back home. What many do not understand who live here is that comparatively for the size of the city, the crime rate is so minimal it makes locals look like they are scared of their own shadows. This doesn't mean that things are not happening. They are happening. They are just not happening at the rate locals believe that they are happening. There is no such thing as Spokompton. There is no such thing as "the hood" in Spokane. ♦