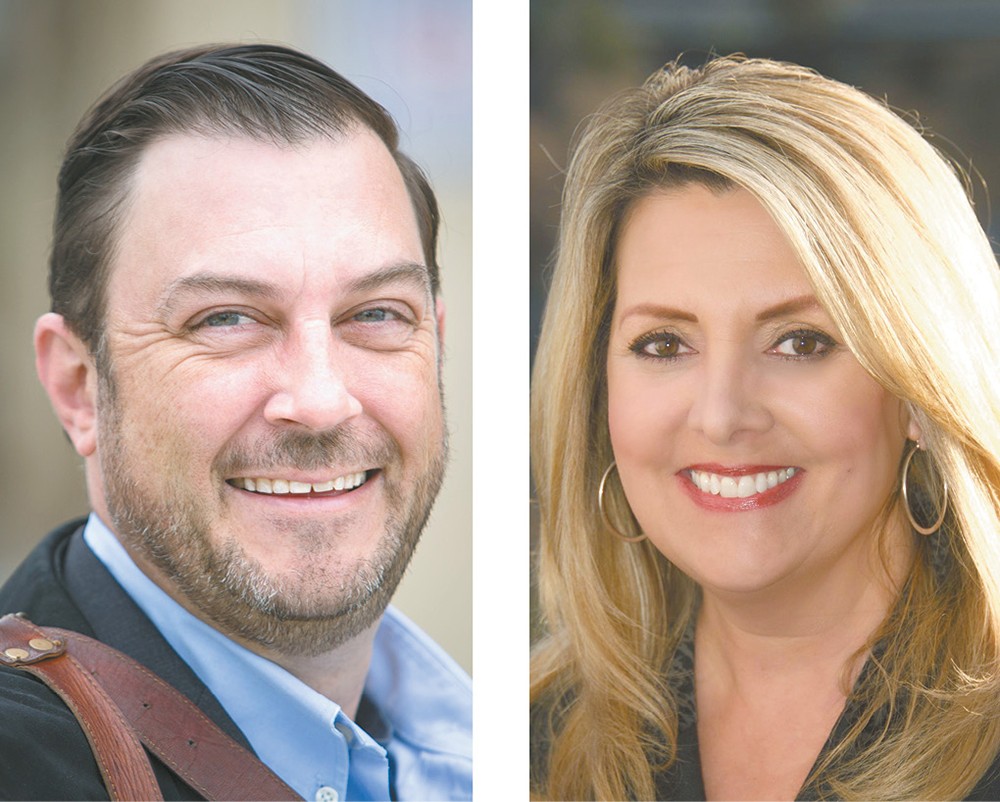 
Readers respond to a story about the personality and management styles of Spokane mayoral frontrunners Ben Stuckart and Nadine Woodward ("The Bully Pulpit," 8/1/19):

Tim Martin: "Nice to work with" is now a top qualification to be mayor?

Charmaine Rae: I know a few people who've worked with Nadine. Not one had anything positive to say. I've heard mixed with Ben.

Eric Ciferri: Haven't met Woodward in person, but Stuckart is a class-A jerk.

Jesse Quintana: Ben has leadership abilities. Nadine, well, that is yet to be proven.

Tara L Smith: Will someone who actually cares about this city and the people run? Please, anyone?

Pass measures to curb the horrifying carnage from weapons of mass destruction used by hateful domestic terrorists. Rampant mass murder is a symptom of hate and should not happen. I want leaders willing to stand against hate to halt the occurrence of these reprehensible incidents. However, I'm not holding my breath.

The one occupying the White House is wrong. Hate has an entrenched history in our nation, since even before its founding and then codified in its laws. Currently, hate has a more prominent place in the nation; one of its most vocal instigators uses his national and international platform to spread hate as the Twitterer and Blusterer in Chief. He references mental illness behind this act of hate, yet the predictable outcome is but a mirror reflecting his own distorted perspective toward humankind. The POTUS regularly fuels hatefulness with seeming impunity toward many individuals and various groups.

Perhaps it's possible to charge the POTUS in civil court for providing material support to domestic terrorism, civil rights violations, and being an accessory to crimes against humanity. It's no great stretch to connect the hate crime dots with the rise of hate crimes to his term in office. If he can't be banned, then at least pass legislation to ban the manufacture, import, and sale of automatic weapons and outlaw use of bump stocks, gun accessories and bullets known to cause mass, severe casualties.