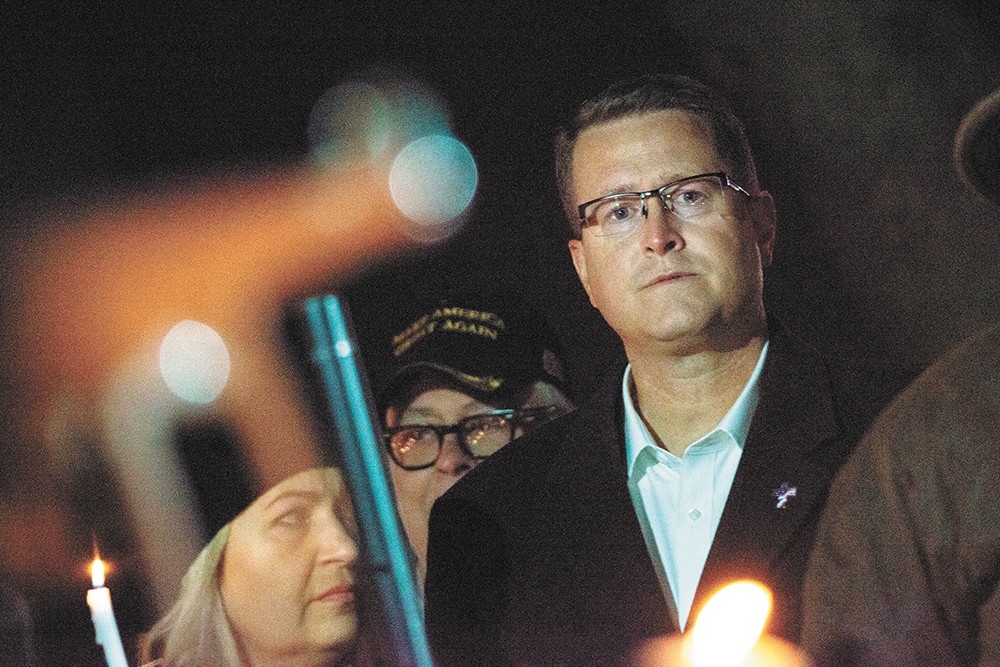 Vicki Forslund Bordieri: Such cowards, obviously not just in D.C. This unethical, immoral behavior is why this party is next to dead.

Jeremy Thornton: Takeaway: There's plenty of room for the racists and the hate mongers in the Republican Party tent. You disagree? I must be a Marxist then. I love it when Republicans take extremist positions then accuse anyone speaking out as being extremist. Gas Lighting 101.

Shane Mabrey: Republicans are choosing the 45 option. Be careful bashing crazy and incompetent too early, voters might latch onto it and they need all the support they can get for their unpopular and unsuccessful ideas.

Angela Lalonde: This isn't a surprise, any criticism of Trump or Shea means they'd lose the support of the rabid vocal minority that drives the GOP bus these days.

Karen Madsen Blaine: It is clear that local Republican Party worship power more than cleaning out radical extremism. ... That spineless dance is appalling. ♦

Readers respond to an article about a new residential project located near the site of a tribal burial site ("Grounded in History," 1/16/20)

Dennis Ochs: What's the issue? It says near, not on! If they wanted to build over a burial site, then I can understand the concern, but near?

Julie Borders: I always wonder when this comes up, how would we feel if someone built over one of our cemeteries?

Billie Johnstone: I pray to God this development doesn't happen.

Jane Grimm: So a cemetery, tribal cemetery and you still want to build!? Wow! No thank you, I'd be looking into a new property. ♦