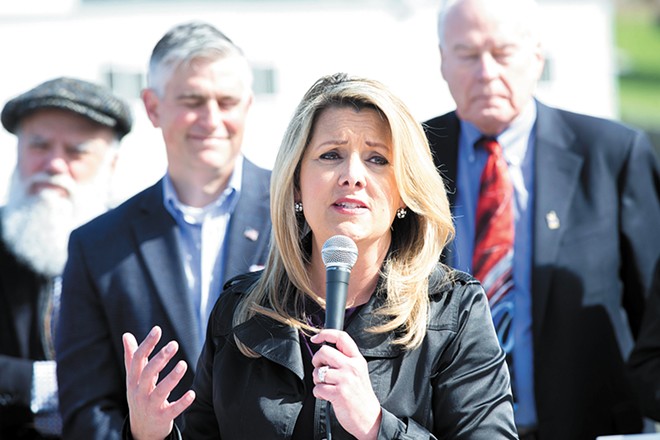 Readers respond to a story on Inlander.com about a potential agreement on noise levels during Planned Parenthood protests ("Mayor Woodward to Controversial Anti-abortion Church and Planned Parenthood: Let's Sit Down and Talk," 2/28/20):

Alie Busby: There is no talking to zealots, and anyone who says abortion is murdering babies is absolutely a zealot. Not worth your time to talk to, they have no ability to find any common ground.

Gene Brake: First rule... you don't negotiate with terrorists, which is what the "church" is. Mayor, tell your cops to do their jobs, because so far they aren't.

Alicia Marie: "Protesting" at Planned Parenthood has never been and will never be about being "pro life." If it was, this church would be just as active in protesting on behalf of children imprisoned at the border, or ensuring access to sex education and birth control. Their only purpose is to target and harass women. They're predators, and should be treated as such.

Dolly Epperson: Since this so-called church doesn't want anybody to get an abortion where's their fundraising for single mothers raising the baby, do they have a fund at the church to help the mother if she decides to keep her baby?

John Q Spokane: I'm excited to see all these concerned citizens attending every event in Spokane to measure and complain about noise ordinance violations. It would just be so disappointing to know that they don't actually give a damn about the noise ordinance and are just trying to find a way to circumvent the First Amendment because they disagree with what's being said. So disappointing... ♦

Trent Reedy: Cut EWU sports, and save tens of millions of dollars a year, and distribute that savings to the students in reduced fees and more educational opportunities. It's wrong to continue to punish the entire student body with higher college costs just so a small group can be handed everything for free while they play meaningless games.

Emeline Robidou: First, where did Mr. Allen come up with the estimate of 100,000 people coming to Cheney to watch a sport? Let's look at football. Roos Field can hold up to 12,000 with temporary seating. EWU has about six home games. If you filled the stadium (which does not happen) for each of these six games the total would be 72,000. Now let's talk about alumni contributions to the budget: less than 1 percent. ♦

The original print version of this article was headlined "Readers Respond"

Speaking of Readers Respond , From Readers