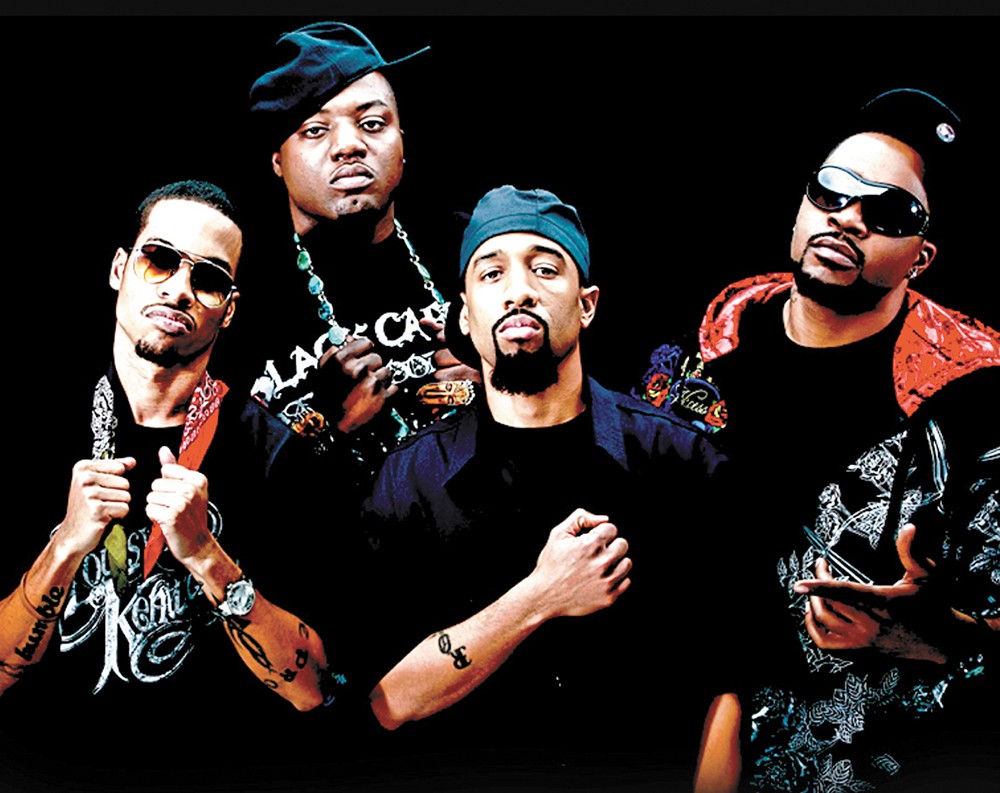 The Nappy Roots are back at Red Room Lounge for the first time since August.

There's something about the combination of substance-induced partying and late-night study sessions in college that can ignite a passion for music. For decades, bands have formed and separated in dorms and pigsty apartments, and in the mid-'90s at Western Kentucky University, Nappy Roots — six rappers who liked to get down and wanted to pursue music — found one another.

The songs were perfect for the college-aged set. The music was full of feel-good party anthems, but heavy rhymes spoke of the harsh realities of living on a budget.

No matter how much people listened, the odds were still stacked against them. No hip-hop act from Kentucky had made it big. Atlantic Records came calling in the late '90s, but their first album was shelved. Humbled, the crew bucked up, dug deep and created Watermelon, Chicken & Gritz, an album that received two Grammy nominations in 2003.

Today, they are four — B. Stille, Skinny DeVille, Ron Clutch and Fish Scales. It's been several years since they parted ways with Atlantic and went independent, three since they released their most recent album, Nappy Dot Org. But they persevere (as a group and various solo projects), playing to audiences all across the country that may not even dig their genre.

"Most rap is rich rap. Us, we're hard to classify as urban artists," Fish Scales explained in an interview with Complex magazine. "We hit the same markets as country artists. We hear this a lot: 'I don't listen to rap. But I like y'all.'"

Unlike the whiny mainstream crunk coming from much of the Southern rappers in the early 2000s, Nappy Roots' brand of hip-hop holds up today. Their uplifting hits "Po' Folks" and "Good Day" feel as fresh as the day they were released.

Nappy Roots will always be country boys, ready to party hard and talk straight with their fans. ♦