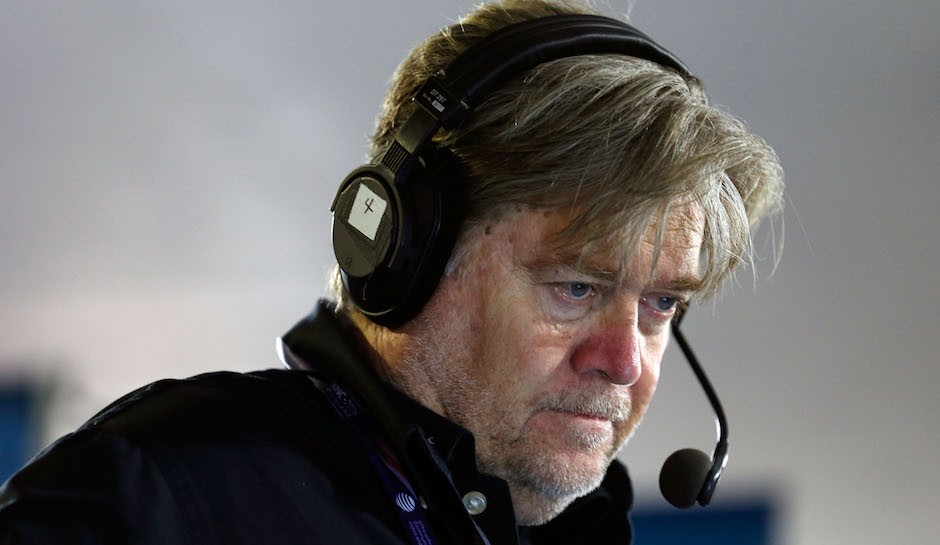 Moderate conservatives breathed a sigh of relief this week when they learned that Steve Bannon, DONALD TRUMP's controversial campaign CEO, would not be President-elect Trump's chief of staff. Instead, that honor would go to Republican National Committee chair Reince Priebus.

That sigh of relief was rapidly retracted when it turned out that Trump was making Bannon his chief strategist, arguably an even more important position. Bannon is the former chairman of Breitbart News, the anti-immigrant, far-right outlet that has turned into a Trump propaganda mouthpiece, full of intentionally incendiary headlines like "Gay Rights Have Made Us Dumber, It's Time to Get Back in the Closet."

Bannon is seen as a white nationalist, by both Trump critics and, well, white nationalists. Among other pieces of evidence, they point to a court declaration from 2007, where his ex-wife claims he didn't want to send his daughters to school with Jews.

Ben Shapiro, a former incendiary Breitbart writer himself, says that Bannon himself may not be a white supremacist, but "he's happy to pander to those people and make common cause with them in order to transform conservatism into European far-right nationalist populism."

For now, the days of pushback from the Republican establishment against figures like Bannon seem to be over. Speaker of the House Paul Ryan praised Bannon as a "person who helped [Trump] win an incredible victory." And U.S. Rep. Cathy McMorris Rodgers, who once promised to hold Trump accountable, passed out Make America Great Again hats to her fellow House Republicans this week. (DANIEL WALTERS)

During his presidential campaign, Donald Trump promised there would be no conflicts of interest between the TRUMP ORGANIZATION's foreign business dealings and his work as president, in order to ensure national security. Trump would simply put his company into a blind trust, run by his three oldest children.

Except that actually isn't a blind trust at all. A blind trust typically involves a situation in which assets are controlled by independent parties who aren't in contact with the owner. The conflict of interest became even deeper when Trump announced that the same children running his "blind trust" will also be part of the transition team as he heads into the White House.

In an editorial in the Washington Post, Richard Painter, a law professor and chief White House ethics lawyer for President George W. Bush, urged Trump to rethink his plan.

"Everything will be done legally," Cohen assured. (WILSON CRISCIONE)