A forced relocation was an opportunity for Madeleine's to hone its style, food and service 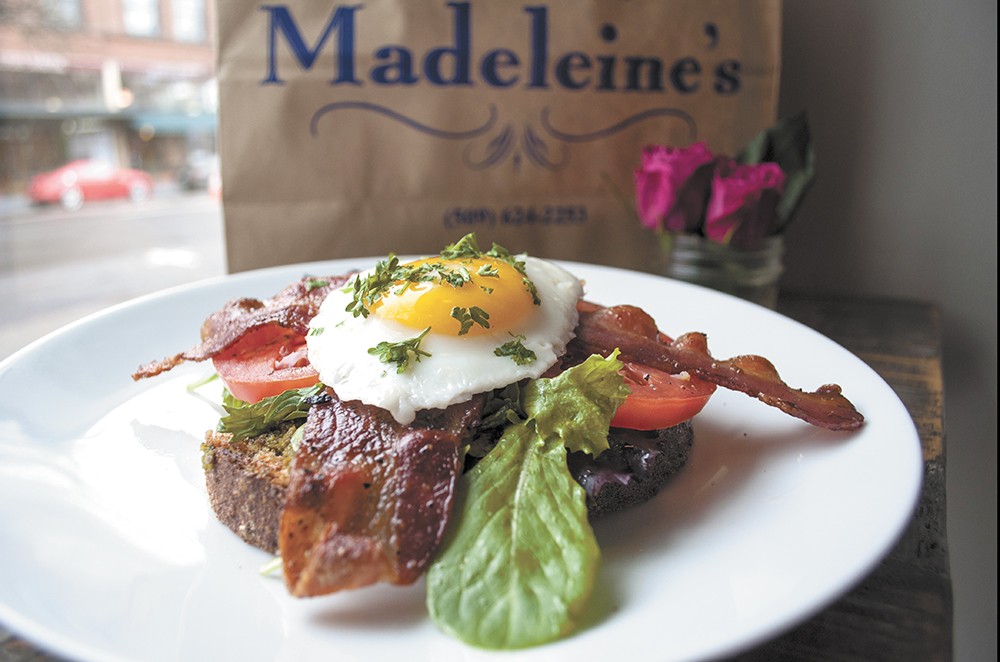 , a blue-framed sandwich board declaring "open" in white chalk was quietly placed on the sidewalk along west Main Avenue. It only took a few days for loyal customers of the French-inspired bakery and cafe to spread the news — Madeleine's is back.

The nearly six-month relocation began last October when Madeleine's Cafe & Patisserie was unable to renew the lease for its original spot on the corner of Main and Wall, two and a half blocks west of its new home. Left behind is the royal blue awning framing that storefront's windows, replaced with fresh, fog-blue paint, white-trimmed windows and hand-lettered signage.

"That was our home for seven and a half years, and we have certainly missed our regulars" since making the move, says Madeleine's co-owner Deb Green.

Green runs the café, along with next-door Durkin's Liquor Bar and Casper Fry restaurant in South Perry, with her daughter Megan VanStone and son Ben Poffenroth. "It's hard to pick up your business and move, no matter where it is, but people are starting to trickle in," she adds during an afternoon lull following the lunch rush.

While the move took longer than the restaurateur family had originally planned — largely because they also were opening Durkin's at the same time — it allowed for a complete overhaul of the Madeleine's brand, from its menu to its décor.

"We had to close down our restaurant and move it, so how do we turn that into an opportunity? We could streamline and freshen it up, and make it flow better and make it more convenient for our customers," Green explains.

That meant adding two cashier stands, one at each end of the counter, so customers ordering espressos and pastries can get in and out faster than those placing orders for food from the cold cases. To speed up coffee orders, the café also added a second espresso machine.

While sticking to the tried-and-true cafe classics of sandwiches, salads and soups, Green says Madeleine's salad offerings have moved from pasta-heavy dishes to a wider variety of other grain-based and green salads. With two new ovens in the kitchen, the bakery is now able to produce its own baguettes, flatbreads and other breads.

Madeleine's former shabby-chic décor theme has also been replaced with crisp contemporary designs and a subdued color palette of grays, blues, white and accents of yellow. There's also significantly more seating in the form of a front window bar, booths and bistro tables lining the walls. While the café lost the sunny, side patio at its old spot, its owners' plan is to construct a more intimate patio on the alley side of the historic brick building.

Though the major challenges of relocating are behind them now, Green and family won't take a backseat when it comes to running their three businesses.

"We are at our restaurants every day," Green says. "We have an obligation to make sure that everyone's experience is positive, and to do that you just need to be there." ♦