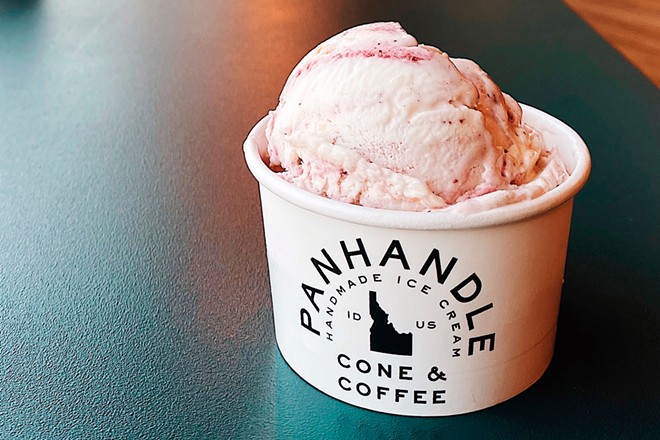 Traveling up and down the East Coast in the family's '68 Buick wagon guaranteed two things: backseat skirmishes with my brother, and eating out, usually at a Howard Johnson's, but plenty of forgettable chains, too. Sometimes we found family faves, like Bob's Big Boy in the South for juicy burgers, crispy fries and a soda, while up north it was clam sandwiches and ice cream at Friendly's.

Like so many whose formative dining experiences involved chains, my parents found them reassuring. They knew what to expect for food, prices and type of service — precious are the places that welcome all comers, especially kiddos and road-weary travelers.

That's one appeal of restaurant chains, which, for the purpose of this story, we're defining as having three or more locations, though in pricing and style they run the gamut. Among regionally based chains, there's fast food like Bruchi's and Roger's Ice Cream & Burgers, but also cafes like Rocket Bakery and full-service spots such as Twigs Bistro and Martini Bar and Bangkok Thai, all of them Northwest originals.


"We noticed a hole in the market for our niche in Mexican food," says Adrian Gonzalez, Atilano's son who runs many of their seven locations, including the newest in Spokane Valley.

Gonzalez remembers painting Atilano's inaugural Third Avenue location (opened in 2009) bright red and yellow, like a San Diego taco shop, he says. They announced on the reader board: "San Diego's Best Burritos," meaning with french fries inside instead of rice and beans, he explains.

The Gonzalez family at the first Atilano's, opened in 2009.

While good drive-thru traffic and high visibility are key to any Atilano's location, Gonzalez says, Idaho was a different story.

Lower Idaho wages and taxes made expansion to Idaho attractive, but ensuring the restaurant had a presence in the Coeur d'Alene market was the real motivator, he says.

Moreover — although Idaho's minimum wage is $7.25, the federal minimum, compared to Washington's, which just increased to $14.49 — Atilano's pays all of its staff Washington wage rates.

"If you don't, then you pretty much don't have employees," Gonzalez says.

Will there be an eighth Atilano's anytime soon? Maybe. As the father of two youngsters, Gonzalez factors work-life balance into the cost of doing business, even as he's mulling Pullman's potential.

Like the Gonzalezes, the Dillon family also had family in mind when creating what would become Panhandle Cone & Coffee.


"We never set out to take over ice cream sales," says Jason Dillon, whose wife, Stephanie, is a nurse. "It just evolved organically."

They'd been making ice cream at home for years, and evaluated several food-related businesses and potential new homes before settling on ice cream, coffee and being based in Sandpoint.

"Small towns have, for lack of a better term, soul," Dillon says. "You can feel the investment that people have made to make their town, community a better place."

Panhandle Coffee & Cone launched in 2015, adding a store in Moscow a few years later and in Coeur d'Alene in summer 2021.

Equally important as the ingredients used is maintaining a small-town feel and providing opportunities for their staff, says Dillon, who used to be a pastor.

The couple don't plan to expand to Washington; rather they want to revamp their Sandpoint location and expand its kitchen capacity.

Looking back, says Dillon, they didn't know a lot about running a business — websites, social media, rules compliance, insurance, branding, etc. — but were fortunate to have help.

In a way, Dillon says he's glad he didn't know how much work it would be: "The first four years were exhausting... 60 to 80 hours a week."

A CHAIN BY ANY OTHER NAME

Adam Hegsted knows exactly how much work it is to open a restaurant. He currently manages around 11 venues, although the number fluctuates, and while no two are the same — unlike the aforementioned regional chains — there's often crossover in vibe or even menu items.


"It would be a lot easier to just make the same restaurant over and over," says Hegsted, noting that it takes time to perfect things like service flow and food consistency.

A recognized industry leader locally and nationally, Hegsted evolved from an executive chef to chef-owner of his Eat Good Group of restaurants, plus the annual Crave! Northwest culinary festival and, most recently, a meal kit brand. His experience running eateries in both Idaho and Washington affords him unique insight.

For example, staffing is more challenging in Idaho, made worse by a lack of affordable employee housing, Hegsted says. Idaho is also more seasonal.

"Basically, we count on making money in the summer so we can survive the winter," he says.

In Washington, not having the tip credit has created a wage disparity, Hegsted says. Servers earn minimum wage plus tips, which cannot be shared, so back-of-the-house employees like dishwashers, cooks and even managers make comparatively less.

Although Idaho's $7.25 federal rate minimum wage "is a little ridiculous and needs to be raised," Hegsted says, "it makes a lot more sense."

Liquor licenses are another variable. Although on paper the cost of a liquor license is similar in the two states — $100 to $2,200 in Washington compared to Idaho's $750, plus $50 more for beer/wine — the process to acquire one is not.

Idaho limits liquor licenses per population, and there are fewer licenses than interested buyers, who can put their name on a waitlist and hope one becomes available, or try to buy one on the secondary market from someone not currently using their license, costing upwards of $300,000, Hegsted says.

Despite the differences, Hegsted continues to do business in both states.

Although Hegsted grew up in Washington, his first stint as a chef at the Coeur d'Alene Casino in 2008 meant relocating to Idaho, where he still lives. Meeting the local developer Greenstone's owner Jim Frank, however, turned Hegsted's attention toward Washington, and he's been back and forth across the state line with his restaurants ever since.

"Our real goal in all of our restaurants is to cater to the neighborhood," Hegsted says. "Listen to the people that live there and try to make something unique and special for them."

"Really, I love both places, obviously," he adds. "Just funny the way it worked out." ♦

The original print version of this article was headlined "Chain Reaction"