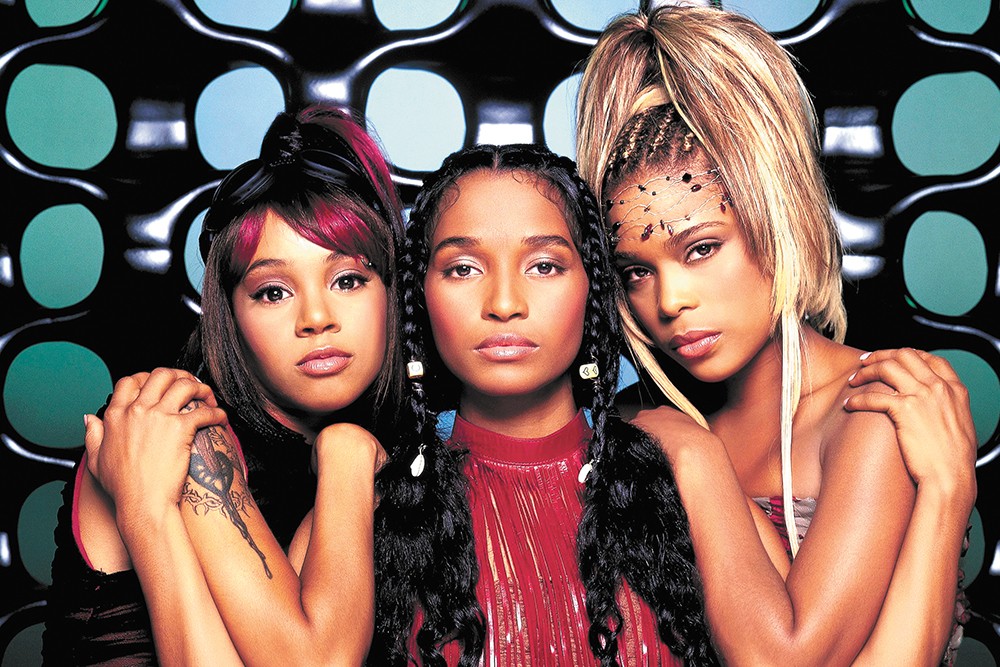 Flashback time: It's the summer of 1999. M. Night Shyamalan's The Sixth Sense is blowing audiences' minds. The newly popular Now That's What I Call Music series releases its second song compilation in the U.S. People are starting to voice concerns that the Y2K bug could inspire a global catastrophe.

Flash forward 21 years: Shyamalan is a hitmaker again after a string of flops, the Now series is on its 74th volume, and we're in the midst of an actual global catastrophe.

But back to '99. It was one of the wildest, jampacked years for mainstream pop music, and as we head into summer 2020, we're reminiscing about the summer singles from 21 years ago and celebrating the milestone of them finally reaching legal drinking age. Wanna feel old? Read on.

Backstreet Boys, "I Want It That Way"
Fresh off his first No. 1 with Britney Spears' "...Baby One More Time," songwriter Max Martin recorded this power ballad with the Backstreet Boys, then at the peak of their popularity. Even BSB haters came to admit the song was pretty good: Rolling Stone called it a "genre-transcending classic," and it regularly appears on lists of the best songs of its era.

Smash Mouth, "All Star"
It might be difficult now to illustrate how inescapable "All Star" was. Merging Smash Mouth's retro lounge style with more contemporary alt-rock, the song was featured on soundtracks and played at sporting events, and every pop station seemed to have it in hourly rotation. The band still exists, but nothing they've done since has touched their brief glimmer of mega-fame.

Santana feat. Rob Thomas, "Smooth"
This unlikely team-up of the Latin rock god and the frontman of Matchbox Twenty seems an ideal summer song, being about a Spanish Harlem heat wave and all. And though it was released in June 1999 as the lead single of Santana's collab-heavy Supernatural album, "Smooth" blew up in October and it sat atop the Billboard charts for a whopping 12 weeks.

Ricky Martin, "Livin' La Vida Loca"
Though he was hardly the first Latinx artist to make the English language crossover, Ricky Martin was (for a little while, at least) the face of the 1999 Latin pop boom. The former Menudo member broke out in America with this hugely energetic, brass-drenched single, which topped the charts for the entire month of May 1999, until...

Jennifer Lopez, "If You Had My Love"
...it was knocked from its perch by another Latin pop superstar in the making. Before she was simply J. Lo, the actress and dancer dropped her debut album On the 6 in '99. It became a surprise smash, its opening track "If You Had My Love" skyrocketed up the Top 40 charts, and Lopez found another medium she could dominate.

Britney Spears, "(You Drive Me) Crazy"
Britney's debut album blew up as 1998 came to a close, and by the summer of 1999, there was no bigger teen pop star in the world. This song, which lent its title to a long-forgotten Melissa Joan Hart-Adrian Grenier rom-com, didn't have the longevity of "...Baby One More Time," but it holds up as a bouncy bit of bubblegum.

Christina Aguilera, "Genie in a Bottle"
Though she was unfairly written off as an obligatory successor to her former Mickey Mouse Club costar Britney Spears, Christina Aguilera was already carving out her own vocal stylings on her self-titled debut album. This leering ode to teenage hormones was a massive hit in the summer of '99, topping the charts and establishing Xtina as a pop star to be reckoned with.

Destiny's Child, "Bills Bills Bills"
Back when they were still a quartet and before Beyonce was, well, Beyonce, Destiny's Child established themselves as a dominant girl group force with "Bills Bills Bills." Not only was it a No. 1 pop hit, but it topped the R&B charts for nine consecutive weeks. It also deserves credit for blessing us with the Shakespeare-worthy portmanteau of "automo-bills."

Lou Bega, "Mambo No. 5"
The late '90s brought about a revival in retro swing sounds, which perhaps primed audiences for Lou Bega's modernized take on a 1950s Cuban song about a dude who loves nothing more than rattling off the names of the ladies he fancies. "Mambo No. 5" was a monster hit all over the world, but Bega never had another Top 40 hit.

TLC, "No Scrubs"
Although it technically peaked on the charts in April '99, TLC's massive comeback single "No Scrubs" had ubiquitous radio presence throughout the summer, an instant pop classic that saw the trio abandoning its rough-around-the-edges roots for a sleeker, futuristic vibe. The song was so popular, in fact, that a hastily recorded parody called "No Pigeons" was a Top 40 hit at the same time.

Red Hot Chili Peppers, "Scar Tissue"
Californication didn't exactly signal a rebirth of the Chili Peppers, but the hit album saw the band settling into a new style, reuniting with original guitarist John Frusciante and leaning into their more laidback, introspective inclinations. "Scar Tissue" was a bold choice as the LP's lead single, and the gamble paid off: It topped Billboard's Modern Rock chart for 16 weeks.

LFO, "Summer Girls"
With its nonsensical, rap-adjacent lyrics that name-dropped everything from Abercrombie & Fitch to Kevin Bacon, the signature song from Massachusetts trio LFO is a dorky but somehow still charming time capsule of what teenagers considered cool in 1999 (well, some teenagers). Two of LFO's guys have since died, adding a dark footnote to an otherwise innocuous single.

Will Smith, "Wild Wild West"
Before Wild Wild West hit theaters in June of '99, its high-energy, Stevie Wonder-sampling theme song made it seem like it was gonna be pretty cool. But that track turned out to be easily the best thing associated with the movie: It topped the Billboard charts, while the film received the Razzie Award for worst picture.

Blink-182, "What's My Age Again?"
Snotty, self-aware pop-punk was nothing new when Blink-182 hit the scene, but what separated them from contemporaries was that they almost carried themselves like a parody band. "What's My Age Again?" is a self-deprecating take on arrested development, and the video, complete with blurred-out nudity and a dude in a banana costume, feels like a Jackass stunt set to music.

Mariah Carey, "Heartbreaker"
Mariah Carey didn't so much close out the summer as drop the pop music gauntlet, releasing one of the catchiest songs of her career while we were all heading back to school. With a featured verse (and songwriting help) from Jay-Z, who was just establishing himself as an inestimable figure in mainstream hip-hop, "Heartbreaker" became Carey's 14th No. 1 hit. ♦

The original print version of this article was headlined "21 Run"