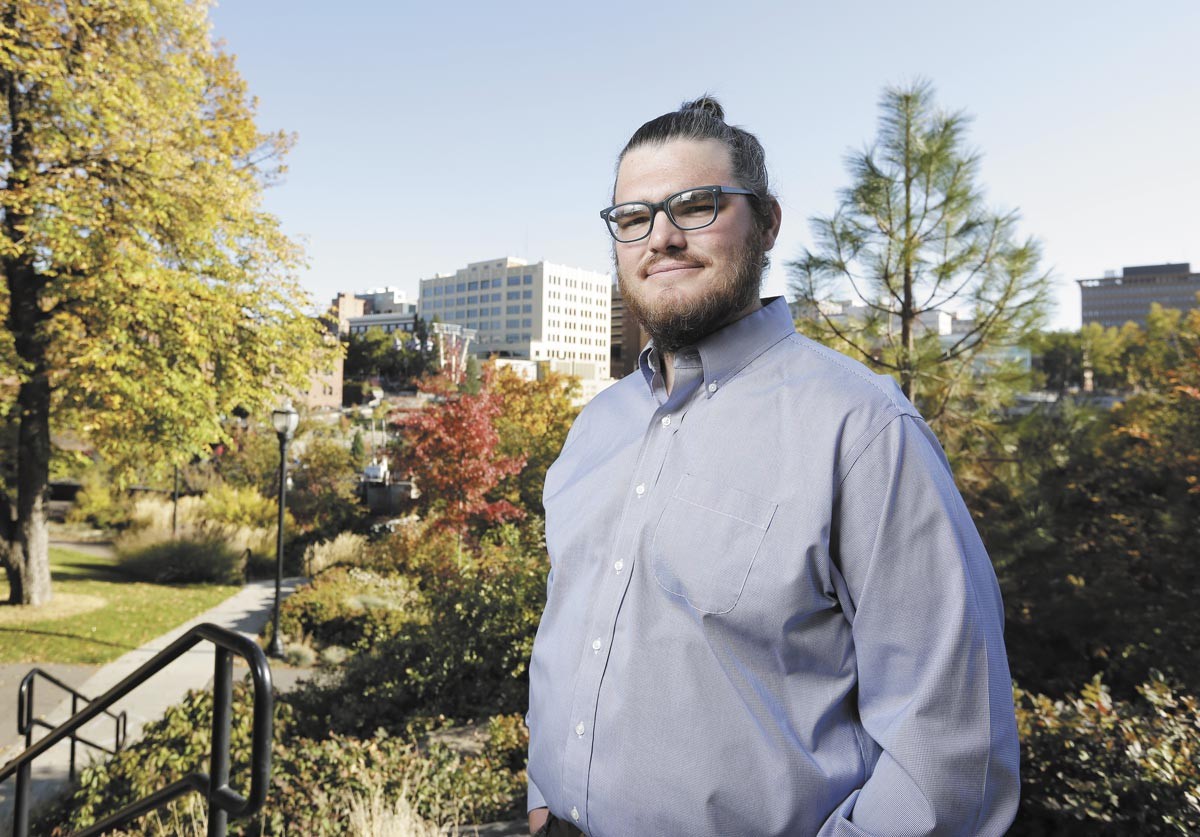 The day before going on medical leave, Amber Richards, then the human resources director of the City of Spokane, sent out a distress cry.

"Staffing is our most critical/urgent priority," she wrote in her May 17 email to city administrator Johnnie Perkins. "I cannot overstate how under-resourced we are."

She attached a staffing proposal that wasn't quite complete, she wrote, but she was sending it to Perkins anyway. That's how urgent it was.

The Inlander obtained her proposal — initially covered in redactions until the Inlander pushed the city to release it in its entirety — through a public records request. The result illustrates just how hard Richards fought to show the recently hired city administrator that her department was facing a truly serious crisis.

Her staff had been working at "extraordinarily challenging conditions at skeleton staffing levels for an extended timeframe," she wrote, resulting in "cascading negative impacts."

Such deep understaffing, she warned, puts an "arguably exploitive burden" on HR employees, making them "ripe for disengagement, exhaustion, and burnout."

The most dedicated employees — the ones who want to do a good job — suffer the most. Disillusioned staffers quit, and their bad experience makes it "harder to recruit good replacements."

Richards believed the city needed to double the size of its HR department over the next few years to address the crisis — and even included PowerPoint slides with her proposed staffing structures.

But she never got a reply: Instead, she resigned on June 28, before she had returned from her leave.

"So there wasn't an opportunity to discuss the proposal further," city spokesman Brian Coddington says.

The city administrator read Richards' report, Coddington says. But apparently Perkins hadn't ever shared the letter with anyone — not with the city council or the interim human resources director or with the mayor herself. Even Coddington hadn't seen it until it turned up in an Inlander records request.

Now as the city battles a staffing crisis on multiple fronts, many of Richards' fears have become real. Some struggles, like the city's efforts to stop the loss of Community Housing and Human Services staff members from becoming a death spiral for the department, have played out in the public eye.

Yet new records, obtained by the Inlander, show the dysfunction within Mayor Nadine Woodward's administration was far more widespread than previously reported: Just a few days before she went on leave, Richards stepped into a meeting where Woodward's administration shot down their own staff's decision to hire a new historic preservation employee, after they'd gone through the entire process to hire him.

Whether because of miscommunication, indecisiveness, stubbornness or simple capriciousness, all that time put in by human resources, the department head, the interview panel, and all the applicants had been rendered pointless. And in a city this understaffed, wasted time is particularly costly.

Historic Preservation Specialist Logan Camporeale is nervous as hell about talking. The night before he meets the Inlander at a northeast Spokane bar, he reads carefully through the city's policies, to make sure that there wasn't any prohibition against talking to the press. He wants to be clear he's grateful to have a job at the city.

After all, he had to go through three different hiring processes this year to get it.

During last year's budget negotiations, Woodward's office had argued that historic preservation, unlike housing and economic development, wasn't one of her priorities.

But to Camporeale, historic preservation often is housing policy. It can constrain development, but it can just as often provide the tax incentives to turn empty hotels into affordable housing.

"Developer after developer is coming to us to convert their downtown buildings," he says.

But for a long time, the historic preservation department only had one employee: Historic Preservation Officer Megan Duvall.

"One person can not do all of this job," Duvall says. "It's just not enough."

She hired Camporeale as a temporary "project" employee in 2018, tasking him to handle neighborhood-wide historic preservation ordinances in Browne's Addition and Cannon's Addition.

But project employees are time-limited: To be able to stay on with the city he needed a permanent job. After pushing for years, Duvall convinced the city council to fund the position in last year's city budget.

By March, with the signatures approving the position from Richards and the interim city administrator in hand, Duvall thought the hard part was over.

Since the council had passed an emergency special budget ordinance in February to reclassify the role as "exempt" from civil service rules, she didn't need to go through a lengthy hiring and testing process. She just needed the mayor's approval.

Camporeale turned in his resume and cover letter and got a calendar invite for a mayoral interview on March 15. Just a courtesy interview, Richards thought.

But when the day arrived, the mayor abruptly canceled, without explanation. No email, no text message, just a calendar notification.

"I was looking forward to my opportunity to meet with you today" and "was disappointed and confused when the interview was canceled on short notice," he wrote.

He never received a reply. All he could do was speculate about what he might have done wrong.

"The only thing that I'd heard through the grapevine was that maybe my Twitter was the reason," Camporeale says.

He'd written some critical tweets of Woodward during the 2019 campaign, scoffing that "her only solution was to stop building shelters & warming centers. #spokanesolutions."

Duvall says she learned the mayor's office had decided it wanted the city to do a full recruitment for the position, instead of just letting her hire Camporeale directly.

Duvall poured out her own frustrations in emails to her supervisor and to Amber Richards.

"I have not had one single call from the Mayor's office to ask me about any of this — not the [special budget ordinance], not the exempt position, not the reasons why I want to hire someone I've worked alongside for over two years!" Duvall wrote.

If anything, the HR director was just as outraged by what happened.

Richards had "strong feelings" about how Camporeale had been treated, she wrote. Her "concerns and issues with this entire process," she said, had left her so upset she needed to "take a step back and gather my thoughts before I can provide a non-emotional response."

"I appreciate knowing that we are all feeling this frustration and I'm not alone," Duvall replied.

"You are most definitely not alone!!" Richards responded. 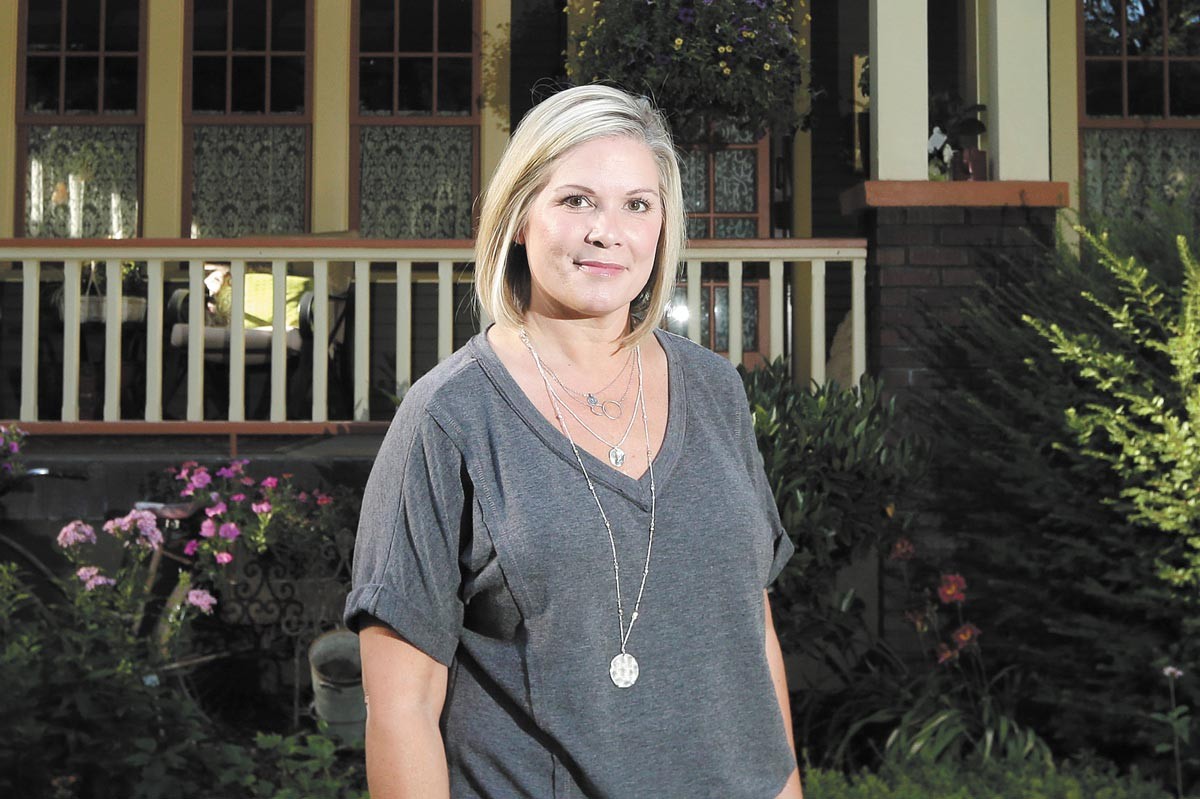 Young Kwak photo
Historic Preservation Officer Megan Duvall has been fighting for a permanent second employee in her department since at least 2018.

Duvall and Richards launched the kind of full recruitment for the position they believed the mayor wanted. That meant more work for both departments over the next month and a half: advertising the position, sifting through applications, putting together an interview panel, interviewing four or five contenders, and then ranking them.

When the rankings were added up, Camporeale was the clear number one choice. For two weeks, nobody heard anything.

But on May 14, Duvall walked into a meeting with her supervisor, Richards and City Administrator Johnnie Perkins: Despite Richards' protests, the mayor's office had discarded the results of the second hiring process, too.

Coddington, the city spokesman, says the decision didn't have anything to do with Camporeale's Twitter account, or, indeed, Camporeale at all. There wasn't any legal issue either.

Instead, Coddington says, the mayor's office had rejected the results of the interview process, because she hadn't ever wanted the historic preservation position to be exempt: She wanted it to be a civil service position, like it originally was in last year's budget.

City Council President Breean Beggs says former City Administrator Scott Simmons had agreed the job could be exempt. But when Simmons left the city in April, the mayor had abandoned the deal.

Coddington sees a giant misunderstanding: When the mayor's office had said that they wanted to recruit for the position, he argues, what they meant was they wanted to do a civil service recruitment.

"Once in a while, when you have an organization of 2,000 employees and lots of moving parts and pieces, and humans are involved, errors are made," Coddington says.

But that's exactly what Richards was warning about. The city's Human Resources Department only has 10 employees out of the 2,300, she calculated, less than half of the ratio of comparable cities like Boise and Tacoma.

With numbers that low, "staff are tired, have exhausted emotional capacity, [and are] in constant crisis response mode," increasing "the risk of error," Richards wrote.

She saw an ethical issue — the low staff levels created a contradiction between what the City of Spokane claimed as its values and what it actually was, she wrote, and that "makes it difficult to do our work in good faith."

A month and a half later, Richards' resignation letter echoed that language: She could no longer do her job, she wrote, "in good faith or with good conscience."

After hitting two dead ends, most candidates in this competitive labor market might have said to hell with it.

"But I really like working for the city," Camporeale says.

So he waited for yet a third hiring process to start, one that involved an entirely different overworked department: civil service. It meant another city council ordinance reclassifying the position again. It meant finding an existing civil service job with the right job description, writing a multiple-choice civil service test, and recruiting another slate of applicants to take that test.

And when all test scores were added up, Camporeale was the clear number one choice. Again. The only difference? This time he actually got the job.

Duvall doesn't have any hard feelings.

"It's kind of like giving birth," Duvall says. "I don't ever want to go through the birth process again, but I'm happy with the outcome of those children. And you quickly forget about how much it hurts."

Camporeale still wishes he had that mayoral interview, but he's glad that — for example — civil service rules protect him from the whims of politics.

Sure, it was annoying to feel like a pinball, dinging back and forth between civil service and human resources, but he says, "I figure I'm not the only one."

Plenty of other hiring processes had been just as messy. After more than a year of trying to find a new planning director, Coddington says the city recently launched its third recruiting attempt.

And when so much of the staff still works from home, entire departments can get lost in the cracks. It used to be different.

"[Former Mayor David] Condon would just come wandering down in the hall, throw something on my desk and say, 'What's this Browne's Addition thing you're trying to do, Megan?'" Duvall says.

That doesn't happen today. It's hard to know how much of the difference is the pandemic or Woodward's different leadership style, but the fact remains: Nearly two years into Woodward's administration, Duvall — the head of a department that could either alleviate or worsen the city's deepening housing crisis — says she hasn't had a single conversation with the mayor.

The original print version of this article was headlined "Historic Depravation"

The original print version of this article was headlined "Historic Deprivation"

If you're so smart, why don't you draw your own Redistricting Map?