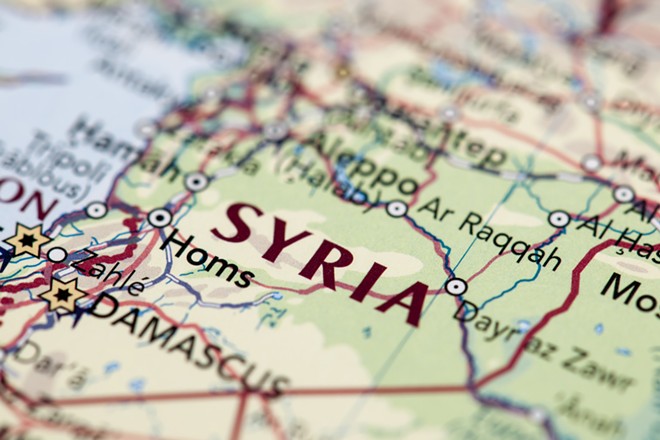 NATION: A federal judge in Manhattan shot down a lawsuit filed by Trump seeking to block a subpoena for almost a decade his personal and corporate tax returns on Monday. The Manhattan district attorney had originally demanded the records in August as part of an inquiry into hush-money payments made before the 2016 election.

NEWS: Staff at the Washington state Utilities and Transportation Commission have recommended that the commission not approve natural gas and electricity rate hikes proposed by Avista.

Don't tell
The Trump administration ordered a top U.S. diplomat to the European Union not to appear for a scheduled interview for the House impeachment inquiry, a move that House Democrats have warned could constitute obstruction of justice. (New York Times)

Backlash
After the White House announced on Sunday that it endorsed a Turkish military operation in Syria and President Trump signaled that he would pull U.S. troops from the region, some of his staunchest Republican allies turned on him, lambasting him for a decision that, they argue, will aid the interests of the Islamic State, Russia and Iran in the region. (New York Times)

No charges
The Spokane County Prosecutor's Office says a Spokane Police officer was justified when he shot at a man fleeing him in South Hill in July. The officer, Dan Lesser, was also involved in a controversial incident in February when he hoisted a police dog into a car with a suspect after a car chase. (Spokesman-Review)

Major settlement
Thousands of former patients at Deaconess and Valley hospitals will have their medical debts erased as part of a legal settlement stemming from a lawsuit alleging that the hospitals didn't provide free or discounted care to low-income patients. Community Health Systems, the company that ran the hospitals during 2008 and 2017, will forgive up to $50 million in debt for people who received care during that period. (Spokesman-Review)

Trump worries over coronavirus' impact on stock market, takeaways from the Dem debate, and other headlines