Republicans in Senate press on with investigation into Hunter Biden 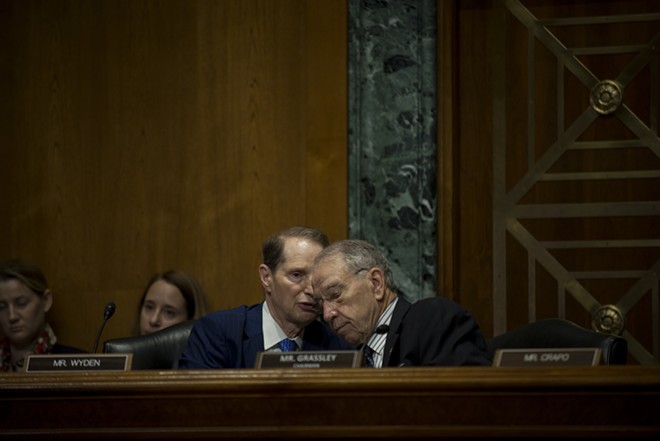 WASHINGTON — In the wake of the Senate acquitting President Donald Trump in an impeachment trial over his efforts to pressure Ukraine to investigate his political rivals including former Vice President Joe Biden, Republican senators are pressing ahead with their probes into the finances of Biden’s son, Hunter Biden.

Last year, the top Republicans on two Senate committees — the Finance Committee and Committee on Homeland Security and Governmental Affairs — requested documents from the Treasury Department related to Hunter Biden’s business relationship with Burisma Holdings, a Ukrainian energy company, as part of an investigation into whether the Obama administration acted improperly to benefit Burisma. The request sought “Suspicious Activity Reports” and other documents involving Hunter Biden and 10 other individuals and companies.

A spokeswoman for Sen. Ron Wyden of Oregon, the top Democrat on the Finance Committee, said that the Treasury has complied with the request after stonewalling many requests for information from Democrats pursuing investigations into the White House.

“Applying a blatant double standard, Trump administration agencies like the Treasury Department are rapidly complying with Senate Republican requests — no subpoenas necessary — and producing ‘evidence’ of questionable origin,” Ashley Schapitl, the spokeswoman, said in a written statement. “The administration told House Democrats to go pound sand when their oversight authority was mandatory while voluntarily cooperating with the Senate Republicans’ sideshow at lightning speed.”

Hunter Biden sat on the board of Burisma while his father was vice president and handling diplomacy with Ukraine. Trump has claimed without evidence that Joe Biden pushed for the ouster of a Ukrainian prosecutor in order to derail an investigation into Burisma. The president’s efforts to pressure Volodymyr Zelenskiy, the president of Ukraine, to announce investigations into the Bidens in that country were at the center of the impeachment charges.

Sen. Charles E. Grassley, R-Iowa, the chairman of the finance committee, would not comment on what information the Treasury had supplied to the committee, noting that the investigation is ongoing.

“It’s unfortunate that Democrats whom we’ve kept in the loop on our investigations would recklessly seek to interfere with legitimate government oversight,” said Taylor Foy, a spokesman for Grassley.