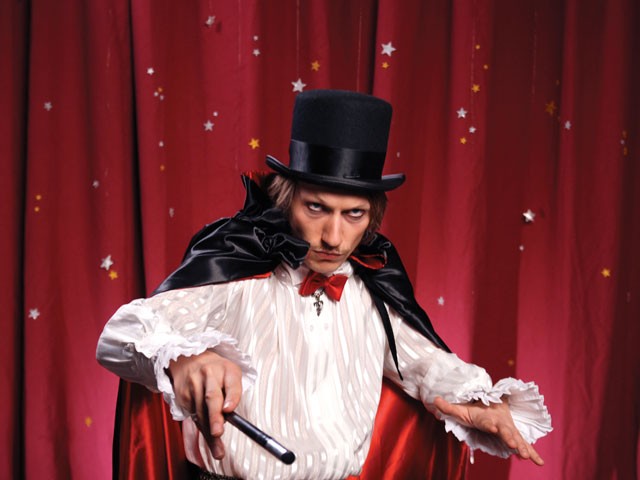 People gamble. This is life. Some bet on the ponies, others bet on March Madness. Film nerds, we bet on the Oscars. But how to get a leg up? It isn’t easy. Information is power and, by the time Ryan Seacrest hits the red carpet, any savvy Googler will have had plenty of time to research and handicap who’s likely to win the leading actor and supporting actress categories and all that. Best Director, Best Animated Film — these will be virtually locked up before anyone steps on stage. There aren’t a ton of surprises on Oscar night outside of the obscure categories. Those don’t really help you get an edge, though. Like Benjamin Button vs. The Dark Knight vs. The Duchess for Art Direction in 2009? I mean, seriously: Flip a coin.

This year, though, you have an opportunity to get a big leg up.

Since at least 2007, the animated and live-action shorts have been packaged together in a limited release that tours the art houses in time for Oscar Sunday. For the first time this year, the tour stops in Spokane, presented by Shorts International and Magnolia Pictures. The Magic Lantern is showcasing all the nominated short films, organized by category. And they’re staggered, too, so you can go see the five nominated live action shorts, then hop theaters and see the five animated nominees.

Not that we’re advocating watching four straight hours of short film but … well, yeah, we are advocating that.

Where else could you see the latest Wallace & Gromit crowd-pleaser (“A Matter of Loaf & Death”) almost back-to-back with a story about a Russian girl who falls ill after a Chernobyl-like accident and a film the New York Times’ A.O. Scott has likened to a Swedish Napoleon Dynamite? Not even on YouTube, my friends.

We aren’t saying you shouldn’t use this knowledge to draw some unsuspecting rube(s) into compromising side bets (loser does a naked Slip ‘n Slide painted to resemble the Oscar statuette, for example).

Having the inside track on two of the most obscure categories is a powerful thing, though. And, you know what they say: With great power comes great opportunity to humiliate. Or at least make a few bucks.