Research, breakthroughs and other CBD-related news 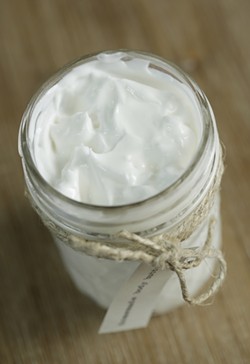 A recent study by the University of Rio Grande do Sul in Brazil found that rats given an application of CBD-infused lotion had a decrease in inflammation and acceleration in the healing process of wounds. This could lead to CBD lotion being the new Neosporin, but also an option for body modification industries like tattoo artists.

"As your skin experiences severe trauma during the tattoo process, having a product which reduces these symptoms is vital," Elisha Belden writes on tattoo.com.

And CBD lotion application is lauded for chronic pain and muscle aches and fatigue. Having back pain or a pulled muscle can make it hard to sleep, and having a nonaddictive, nonpsychoactive option for discomfort could be a breakthrough for those who don't have the time or resources to visit a physician.

One major concern for potential users of CBDs is knowing what potential side effects may be found in taking the relatively new additive.

But so far there have been little to no detrimental side effects found in patients who are taking CBD oil. The side effects that have been recorded seem relatively minor (sleepiness, unsteadiness, changes in blood pressure, dehydrated mouth, according to news reports), especially when considering the side effects of pharmaceuticals that patients could be replacing with the oil.

The real concern with the glut of CBD options is the regulation of the products and lack of thorough verification. Not all states demand processors and manufacturers to label their products with all of the used ingredients.

"People who are buying [them] on Amazon, or at their local health food store, are really working without a [safety] net," Michael Blackes, author of Cannabis Pharmacy: The Practical Guide to Medical Marijuana, tells the Oakland Press.

A 2017 study by University of Pennsylvania's Perelman School of Medicine found that almost 70 percent of CBD products analyzed were mislabeled, with approximately 40 percent of the goods containing significantly more CBD than the packaging indicated.

Further complicating the matter is the FDA's rigid stance on how CBD companies are allowed to market and label their products. Due to the FDA's hardline stance against CBD being sold as a medicine rather than supplement, companies are not allowed to print recommended doses on their packaging. ♦

This article has been updated to correct the name of University of Rio Grande do Sul.