Green Issue 2017: How local universities are making our world a little greener 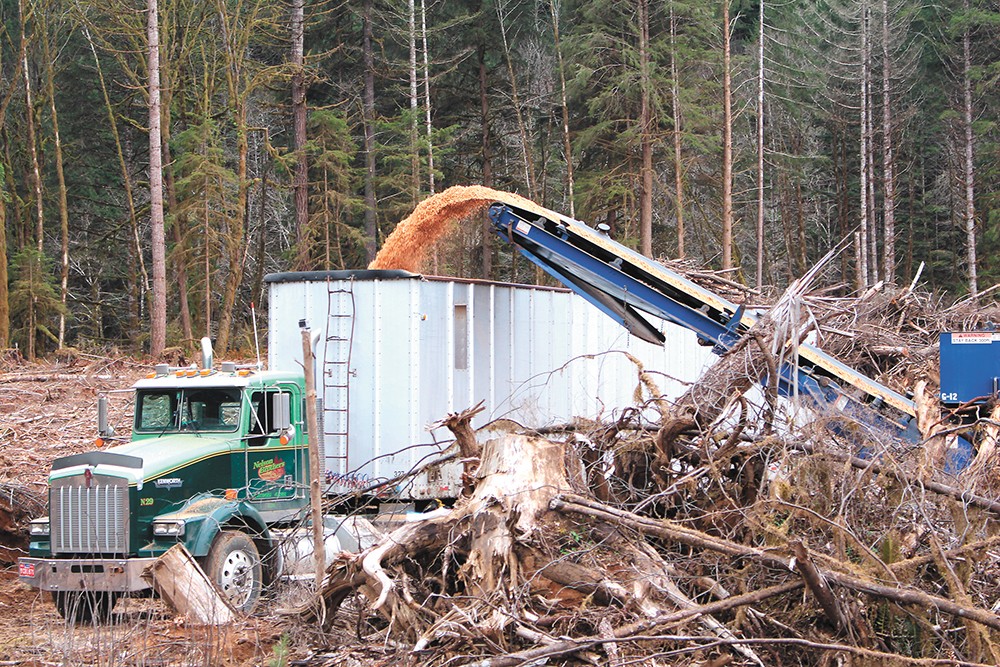 A university often becomes more than a place to educate students

, says Washington State University professor Michael Wolcott. The research and exchange of ideas is just as valuable, he says, and can change how we see our world.

"The role of the university is not just the creation of knowledge, but it's really in changing these systems with society," Wolcott says.

At WSU alone, researchers have recently studied the Arctic ice and how much it's shrinking, discovered the world underneath ice in lakes, and found ways to cut down on energy costs.

This kind of research is the advantage that a land grant university like WSU has over other universities. But even in undergraduate classrooms locally, we can learn more about our environment through student research. Eastern Washington University received a grant last year to start a sustainability major, and an Environmental Studies degree became available at Gonzaga University six years ago. Undergraduates may not do the hard research that major universities like WSU can do, but their work can still have an impact locally, says Greg Gordon, an associate professor of environmental studies at Gonzaga.

So how have local universities made our community greener? In the last year, they've turned wood into biofuel for an airplane, launched a major effort to study our food, water and energy resources, and looked into the effects of the Spokane River on local business.

When loggers cut down trees, not all of the timber is put to good use. They leave behind what's known as "slash," which is wood and plant material that covers the ground of the forest; too much of it can be a fire hazard.

But research led by WSU has put slash to use, in a way that reduces carbon emissions. The university has led an initiative called the Northwest Advanced Renewables Alliance (NARA), aiming to convert forest-harvest residuals into jet fuel.

That means the slash left behind by loggers could someday help power your commercial flight.

Researchers know it's possible, thanks to NARA. In November 2016, Alaska Airlines flew a commercial flight from Seattle to Washington, D.C., using jet fuel made up partly of tree limbs and branches from the forest. It was the first ever flight of its kind.

Beyond the positive impact of using biofuel to help power planes, it could also help the rural economy, says Wolcott, a co-project director for NARA.

"The rural jobs would be significant," Wolcott says. "Aside from the environmental benefits, you would have local job benefits."

The flight used 1,080 gallons of biofuel that made up 20 percent of the flight's fuel supply. If Alaska Airlines used biofuel for 20 percent of its entire fuel supply, it would reduce greenhouse gas emissions by about 142,000 metric tons of CO2 — about the same as taking 30,000 cars off the road for a year, according to WSU.

The issue with making biofuel for planes a viable option, however, is the cost to produce it. For the Alaska Airlines flight, Gevo, Inc., a NARA partner, converted cellulosic sugars from wood into jet fuel. But the cost of producing biofuel, right now, is not competitive.

If it can become cheaper, Wolcott says the positive impact would be real.

"Obviously the development of uses of those types of materials," he says, "would have strong societal benefits."

When farmers grow food, how much water do they use? What kind of energy resources? And could we be more efficient?

These are the questions a team of dozens of researchers at WSU and the University of Idaho are trying to answer. Food, energy and water are three things that are more connected than most people think, says Stephanie Hampton, director for WSU's Center for Environmental Research, Education and Outreach.

"If we want to manage these systems more effectively, and more sustainably, we need to think of the connections of all these different aspects," she says.

Centuries ago, Hampton says, a farmer would know exactly how much water they needed for their fields, where it came from, and how much food to partition for livestock. But we've industrialized those processes, so farmers get some of these resources from many miles away. The food, energy and water nexus, she says, is not as tight as it once was.

"The effects of overusing resources may not be as apparent to us," Hampton says. "So if you built a dam for energy security or water security in the developing world, it may cause water insecurity downstream."

The team of researchers is doing computer simulations of the Columbia River Basin to better understand local food, energy and water connections. The project, funded by a National Science Foundation grant, is only a few months in. But Hampton says the results could help change the way people think about agricultural water use, the way our hydropower is managed, and what the water needs are for endangered fish.

Julie Padowski, a WSU researcher involved with the project, says studying these connections can prepare us for climate change, in a state where irrigated agriculture is so prevalent. It could change policies, and the way people access water.

"We can create a more resilient system," Padowski says. "So when climate change comes in, or the population increases any other sort of future changes, it won't disrupt the system."

MONEY FLOWING IN THE RIVER

As part of a senior capstone class for Gonzaga's environmental studies program, students take what they've learned in the classroom and apply it to an environmental problem or issue. This year, a group of students asked: What's the correlation between river restoration and economic gains to cities?

"Urban river interfaces are never the cleanest, but the more care and effort into a healthy river system, the better for the city's development, the more people are compelled to be there," says Gonzaga senior Makenna Sellers, who with two other students is involved with the project.

The students are looking at rivers in other cities, like Denver and Missoula, and trying to determine how cleaning up and restoring rivers can spur development. The results, Sellers says, will hopefully lead to more investment in both the river and the development of the University District.

Gordon, who teaches the capstone class at Gonzaga, says this was one of a number of projects that arose when the environmental studies program went to local nonprofits and asked what kind of basic research on environmental issues they would need. Other projects from his students include assessing nutrient levels of Lake Arthur on the Gonzaga campus, and coming up with a food forest plan for a local neighborhood.

"Our goal is to have projects here where students can take what they've learned in the classrooms and apply it to a real-world environmental problem or issue," Gordon says. ♦