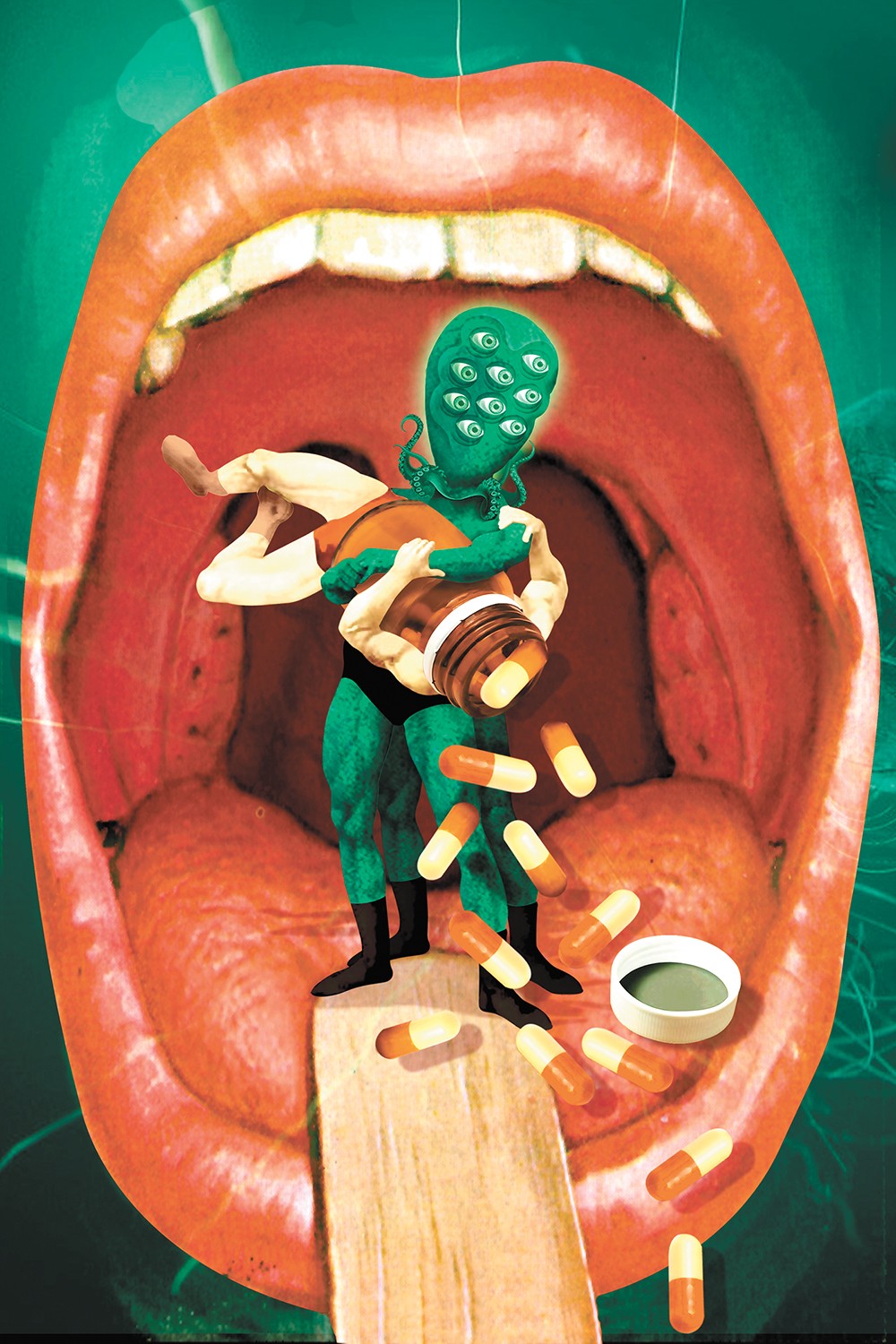 It's one of the greatest threats to human health.

If it isn't stopped, one of humanity's greatest achievements in modern medicine may gradually be lost.

The antibiotic era began in September 1928, when Scottish biologist Alexander Fleming noticed that a certain mold was inhibiting the growth of bacteria in a petri dish. That mold became penicillin, and that penicillin ushered in a medical revolution.

But today, doctors are talking about how the antibiotic era may already be ending. Antibiotics are powerful weapons to fight disease — but they're powerful weapons that lose their effectiveness the more they're used. Like the Borg from Star Trek, bacteria begins to adapt. The incredible power of bacteria — with its rapid growth and proliferation — also allows it to develop immunity to what once would have killed it.

Already, there are strains of bacteria which are completely immune to every drug we can throw at them.

"We've been trying to convey that importance without burying people in numbers," says Washington State University professor Doug Call, the associate director for research and graduate education in the Paul G. Allen School for Global Animal Health. "It makes it more risky to have any medical procedure. Having a baby. Having open heart surgery. Dealing with an open wound."

According to the Centers for Disease Control and Prevention, approximately 23,000 people in the United States alone die annually from antibiotic resistance.

"We'd lose the safety of modern childbirth: Before the antibiotic era, five women died out of every 1,000 who gave birth," writes Maryn McKenna, author of Superbug: The Fatal Menace of MRSA. "One out of every nine skin infections killed. Three out of every 10 people who got pneumonia died from it."

In the U.S., much of the antibiotics debate has centered around medical practice. But Call, who helped put together the Washington State Antimicrobial Resistance Coalition, looks at this as a global crisis. Call and WSU's Mark Caudell, who co-authored a study in the open-access scientific journal PLOS ONE, have gone in-depth and hands-on in studying the African country of Tanzania, surveying distinct tribes regarding their cultural practices and measuring levels of antibiotic resistance in different populations.

In that time, they've come to a crucial conclusion: The fight to slow the growth of antibiotic resistance must be tailored to each battleground; they're not just doing battle on the microscopic level. Cultural, agricultural and economic conditions, they've detailed, all have major consequences in the bacterial realm.

"Both on the human side and the animal side, you go overseas in places like Kenya and Tanzania, there's a high disease burden," Call says. "A big chunk of that is related to horrifying living conditions."

The Maasai, a pastoral ethnic tribe in Tanzania,

have considerably higher levels of antibiotic-resistant bacteria in their system. Blame the cows. More specifically, blame the milk.

"In the Maasai, like most pastoralists, milk plays a very important role in both status — how much milk you have reflects how big your herd is — and it's also integrated into marriage ceremonies and funerals," Caudell, a postdoctoral fellow at the Allen School for Global Animal Health, said at a WSU "Innovators" lecture earlier this year.

That milk increases the rate of antibiotic resistance in two ways. First, many of the Maasai take care of their cattle themselves. They rarely follow the recommended veterinary practice of waiting for a period of time after administering antibiotics to the cattle and consuming the milk. That practice can introduce leftover antibiotics from the milk into the humans.

Now combine that with the fact that the milk itself can make the Maasai sick.

On the other end of the extreme from the Maasai, Call says he looked at the Chagga, another ethnic group in Tanzania. They tend to have fewer animals, and the ones they do have are cared for by veterinarians using proper antibiotics. The milk the Chagga drink tends to be fermented, which kills the bacteria.

His team also looked at the Arusha, a displaced Maasai tribe. "They, culturally, are a midpoint between Maasai and Chagga," Call says. Not surprisingly, their levels of antibiotic resistance were right between those of the Maasai and the Chagga.

The solution isn't always to change the culture, as much as work inside it. For example, some African cultures boil their milk to remove bacteria. But the Maasai traditionally believe that boiling milk robs it of its strength, causing Call to look at other options.

"We can help come up with practical solutions for pasteurizing their milk," Call says. "They're drinking a better product. They don't get sick."

Agricultural habits, Call says, aren't the only issue at play. The type of antibiotic also matters, as does sanitation. In Kibera, a poverty-stricken neighborhood in Kenya's capital of Nairobi, the slum conditions mean that sickness is common and antibiotic-resistant bacteria is easy to spread.

In other words, fighting one of the biggest modern threats to public health can mean returning to even older public health innovations.

"You come back to the basics," Call says. "Sanitation and water. Vaccination."

It won't necessarily stop the march of antibiotic resistance. But it could slow it down.♦

A Ring by Spring?