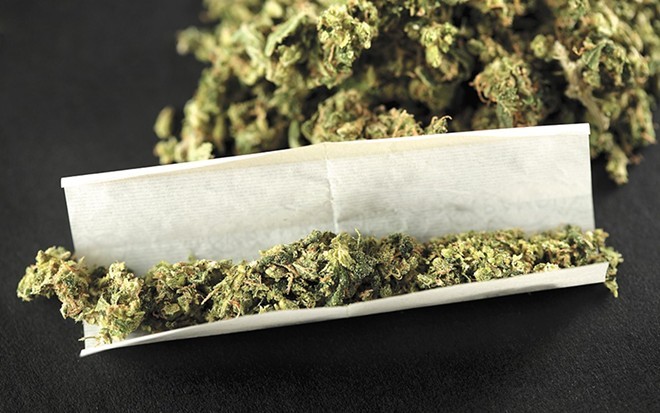 Can lobsters even get high?

Your death is imminent. It will be painful. Minutes beforehand, your executioner hands you … a joint.

“If somebody offered me that option and said, ‘Hey, do you want to do this first?'” said Charlotte Gill, the owner of Charlotte’s Legendary Lobster Pound in Southwest Harbor, Maine, “I would say a resounding ‘yes.'”

Gill wants to present that opportunity to the crustaceans whose deaths her business is built on, trying to use marijuana to get them high so they have a painless, stress-free plunge into boiling water.

In recent days, Gill’s methods have generated a fair amount of publicity as well as skepticism: Can lobsters even get high? Do they feel pain? If a lobster can and does get high, could someone who eats it absorb the marijuana? And is any of this even allowed?

The answer to that last question appears to be no, at least for now, Maine says.

The state’s health inspectors “would treat food served to consumers at licensed eating places and affected by marijuana, as has been described with this establishment, as adulterated and therefore illegal,” Emily Spencer, a spokeswoman for the state’s Department of Health and Human Services, said Thursday.

In a series of tests, restaurant employees put a lobster in a small container and added a few inches of water. They channeled marijuana smoke through a tube until the container was filled with it, and kept the lobster there for about three minutes.

Before the lobster went into the container, it would flap its tail and click and wave its claws. After being exposed to the smoke, the lobster was docile and serene, Gill said.

Gill, 47, grows the marijuana at her home, and she said she had a license to do so. Voters in Maine narrowly approved a measure in 2017 to legalize recreational marijuana for adults over 21.

But on Thursday evening, Gill said, she received notice from Maine’s Health Department that she was using the marijuana in a prohibited way because “it is supposed to be used only for myself and not a lobster.”

Whether lobsters can feel pain is unclear, said Michael Tlusty, a professor of sustainability and food solutions at the University of Massachusetts Boston who has researched lobsters. Lobsters experience the world in fundamentally different ways than humans do, he noted.