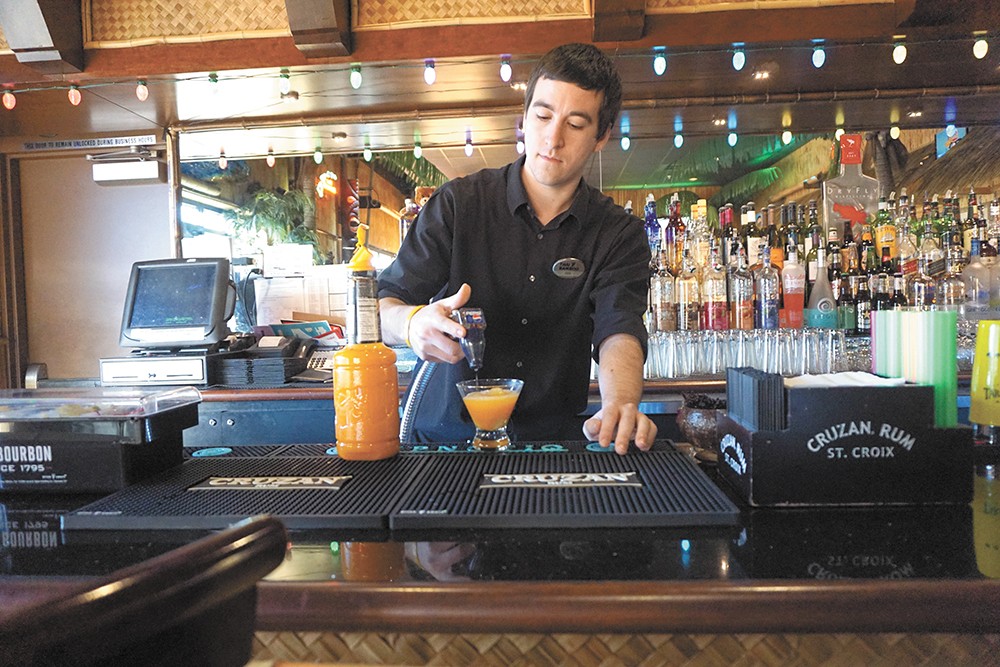 Last Friday, Inlander Restaurant Week kicked off throughout the region,

making for full dining rooms at the 97 participating eateries in Spokane and North Idaho. We spent some time wandering through restaurants to get a feel for how things were going, chatting up restaurateurs to get their take on the event and its impact.

Over at Scratch, a downtown Spokane fine dining institution, owner Connie Naccarato said they'd been booked solid throughout the first weekend, giving a friendly reminder that reservations are all but a necessity for Restaurant Week. Their $28 menu features entrées like steak medallions and cashew-seared salmon, but she says it's the chicken cordon bleu, served with fettuccine and a rustic tomato sauce, that's emerged as the star of the show.

"We get a lot of new customers that maybe have never tried us," says Naccarato. "Our price points are pretty competitive, so this three-course menu gives them an opportunity to try our existing menu, as well as try items we might put on later."

At Thai Bamboo's four locations throughout the region, one item hopped off the $18 menu at diners: a deep-fried banana, hand-rolled in wonton wrappers and drizzled with caramel. They've also been booked solid since the start of the event, and owner Tom Burgess says there's an added benefit for restaurateurs during Restaurant Week.

"It's just nice for owners to get together. There aren't a lot of events that we get to partner up on ... so it's nice to get to try some other restaurants, too."

For a new restaurant like Veraci Pizza, Restaurant Week can serve as a chance to introduce yourself to the dining public. Open since last summer in the burgeoning Kendall Yards neighborhood, Veraci is offering a three-course dinner consisting of an appetizer (caprese plate, a focaccia platter or Caesar salad), a quarter pizza and either tiramisu or a salted caramel cheesecake.

"Just to have people who would not normally come out, or who have not had the chance to see what we have. That's been really great," says Veraci owner Seth Carey.

Restaurant Week continues through Sunday, March 1. All menus and restaurant information can be found at inlanderrestaurantweek.com.♦