Stick up your thumb if you really hope people forget you made a Mummy movie.

In 1986 I was a 14-year-old who'd only lived on Air Force bases my entire life, yet I'd never given a second's thought to becoming a pilot until Top Gun arrived in theaters that May. Tom Cruise was at his coolest as fighter pilot Maverick, and he and his buddies like Iceman, Goose and Mustang made serving in the military not only look patriotic and exciting, but damn fun.

My Air Force major dad was appalled, but just because the Top Gun pilots were Navy guys. Any concerns he had about my actually becoming a pilot were squashed by the fact I require glasses, and as an adolescent had an attention span roughly the length of a Duran Duran video. I'm sure when Ferris Bueller's Day Off came out less than a month later, I was more interested in being a friendly rascal with no responsibilities than fighting Soviet fighter planes over the ocean. 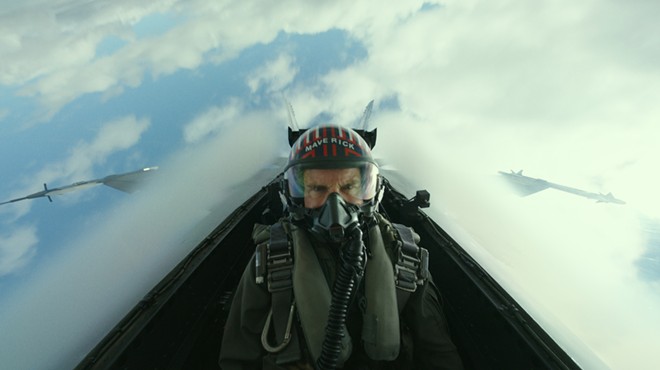 It's difficult to relay just how big a phenomenon Top Gun was that summer to anyone who didn't experience it firsthand. The hype was massive, particularly for a movie that wasn't part of a franchise at the time like Star Wars or Indiana Jones. It was a relatively straightforward action movie, but one delivered with an MTV-ready soundtrack and hyper-stylish look courtesy of director Tony Scott's predilection for California sunsets, neon-lit love scenes and still-impressive flying stunts. And the soundtrack was packed with hits, going nine-times-platinum on the strength of hits like Kenny Loggins' "Danger Zone" and Berlin's Oscar-winning "Take My Breath Away."

As Top Gun arrived, Tom Cruise had yet to become a massive star, but he was certainly on his way thanks to his 1983 starring roles in Risky Business and the underappreciated high school jock jam All The Right Moves (co-starring Spokane's own Craig T. Nelson at his most dickish!). The Hollywood A-listers among his peers at the time were the Brat Pack gang, and it's hard to imagine the likes of Andrew McCarthy, Rob Lowe or Judd Nelson having the assortment of qualities required of a character like Top Gun's Maverick. 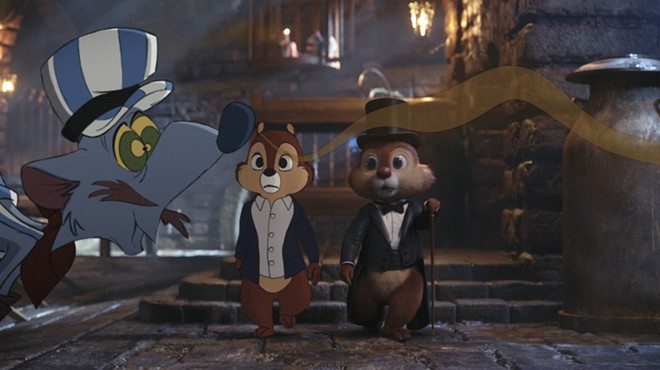 What are those qualities, exactly? Having recently rewatched Top Gun for the first time in decades, I can tell you a big part of it was having a shit-eating grin to go with an all-American macho vibe. Maverick's a smartass to his superiors and flying rivals, but a great guy to have around when you need to take your shirt off for a homoerotic volleyball scene set to a terrible Kenny Loggins soundtrack tune (no, not "Danger Zone," but the lesser "Playing With The Boys"). The role also required Cruise keeping a straight face while serenading his prospective lover in a bar with "You've Lost That Lovin' Feeling." That's not easy to do, and sadly I know that from personal experience.

Cheesy as much of Top Gun is watching it in 2022, the flight scenes are still thrilling. That's the one thing that gives me hope for a sequel that it's hard to believe anyone was asking for some 36 years later. But taking in Top Gun: Maverick (see our review page 32) also entails forgetting what's become of Tom Cruise since the original. Forgetting his leadership in the shady Scientology cult. Forgetting his Oprah couch freakout and Today Show anti-psychiatry rants. Forgetting The Mummy, and Rock of Ages, and Days of Thunder.

For a dose of the adrenaline that fueled my summer as a 14-year-old, though, I might just try to forget all that for a couple of hours. ♦