Courtesy John Grollmus
Winter Friends can be found in packs.

The pandemic has been hard on us,

really hard. While the negative impact reached us all in at least some way, there are certainly groups it hit harder. Hotels, restaurants, movie theaters, music venues and workout facilities were among the hardest hit, first by complete shutdowns, and later by having to modify their existing business plans.

However, while many of those businesses, and many of us as individuals, are beginning to experience a return toward normalcy, there is one almost-never-mentioned group yet to get things back to anything like what they once knew: Winter Friends.

As any regular visitor to the mountains will tell you, there are some friends, often great friends, whom we somehow only manage to cross paths with once we return to the hills. With the onset of the pandemic beginning during the 2019-2020 ski season and the strangeness surrounding last year's ski season, many of those Winter Friends have not had a proper reunion in approaching two years. Sure, we gathered around fires in parking lots or chatted through masks on the lift, but we didn't dance in bars or get together for dinners and we surely never passed around that trusty flask of minty winter spirits.

What exactly defines a Winter Friend? Well, they come in all shapes and sizes, but their one common feature is that they are friends we usually wish we could see at all times of the year, but due to many outside factors we only get to see during that time of the year which returns us all slopeside. Usually this occurs because we live in different locations during the non-snowy seasons, but it can be caused by a variety of other factors as well, such as work and school schedules, family obligations, a lack of non-skiing common interests. Whatever those reasons are, when the leaves start to change color, the temperatures start to drop, and those first few flakes begin to dance in the crisp early winter air, we all begin to anxiously await something more than just getting to slide around on snow covered slopes again. We get excited for our reunions. It's almost like that feeling you had as a kid when school started again, and while the carefree days of summer disappeared, the prospect of seeing old friends again vastly outweighed that loss of freedom.

One of my first Winter Friends

didn't start out that way at all. He was, in fact, a rival of sorts. He ran around the mountain with the local kids who had all grown up in the town at the bottom of the hill and I spent my mountain days roaming around with a gang of ne'er-do-wells from a couple of hours away. Whenever our groups crossed paths, whether it was on the slopes or in the lodge, there was always a palpable tension. I wouldn't exactly say we were rival gangs poised for a fight, but there certainly wasn't any love lost there either. However, as we both grew older many of those kids stopped showing up on the slopes at all and he and I started to run into each other even more. After a while something like a mutual respect developed between us and then one day it happened: We skied together, and whatever childhood animosity existed vanished into the common bond of a love for our shared winter passion. Boom, my first Winter Friend was born. It's funny, even today we probably share more differences than similarities, but even as I write this I find myself eagerly anticipating my first run of the season with him.

While some Winter Friends have a bond that is based solely around skiing, there are others who have winter bonds that reach beyond the slopes. These friends are the ones we share dinners with at someone's mountainside condo after the lifts have stopped turning. They're the ones we end up with on New Year's Eve, drinking champagne and creating crazy memories. When we all begin to get together again as the season cranks up, we marvel at how much their kids have grown both physically and emotionally, we can't believe that someone has a new career, or that a couple got divorced, or better yet a new union was formed. As our season-long reunion gets into full swing, we make plans to travel to Canada to ski together, to all wear denim on the slopes one day, and to finally take that road trip we've always talked about where we stop at all the little mom-and-pop ski areas. 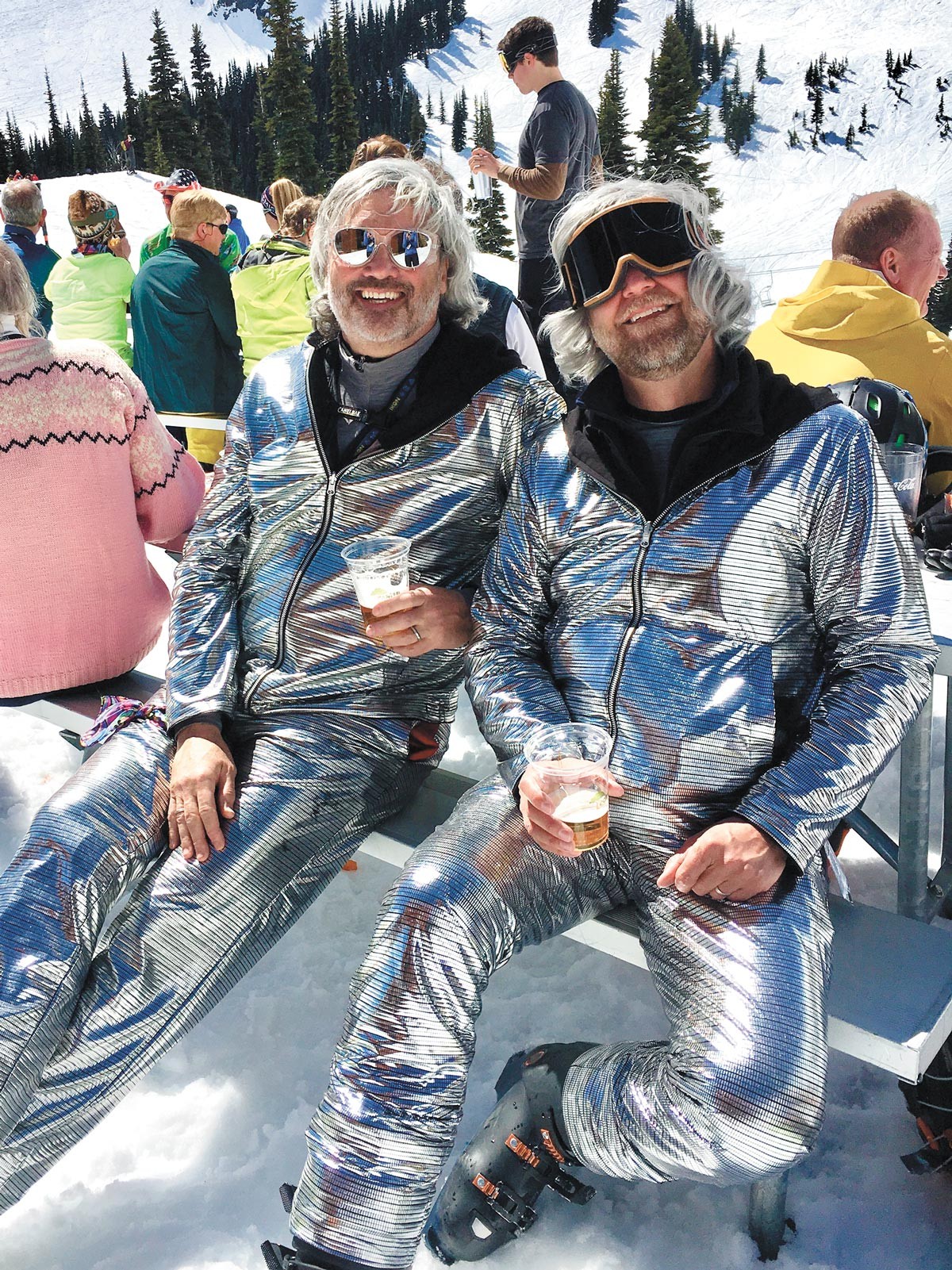 There's even a spiritual element

to this whole Winter Friends thing. I feel a connection akin to friendship with many of the wilderness creatures I only see seasonally as well. There's the snowy owl whose enormous shadow sometimes startles me as I skin in the backcountry, the elusive pine marten who I'm always thrilled to catch sight of while skiing deep in the trees, the bobcat whose tracks I somehow always seem to appropriately spot in fresh snow atop the manmade cat track of a Pisten Bulley, and even the diminutive ermine with his just-for-winter white fur, who can be often spotted from the comfort of the chairlift. I even feel a strong connection with those very same chairlifts, I mean, who else would carry you back to the top of the mountain run after run, year after year, other than a really good friend?

While the full swing of the Winter Friends reunion this particular ski season has yet to begin, I already know one thing for sure: When the time to split up comes again, I'll be just as sad about it as I was when COVID forced it to come too early that last time. Of course, when that sad day does come around I'll already be looking forward to the day when we can get the gang back together. So, get ready all my Winter Friends, because I'm coming for you this season. We'll be making turns, riding lifts, raising glasses in bars and getting together for dinners. Just be prepared because I've got almost two years of stories to tell you and if this one is any indication I'm more than ready to let them spill out. ♦