The Community Bill of Rights is back - shorter, sleeker but still the same. 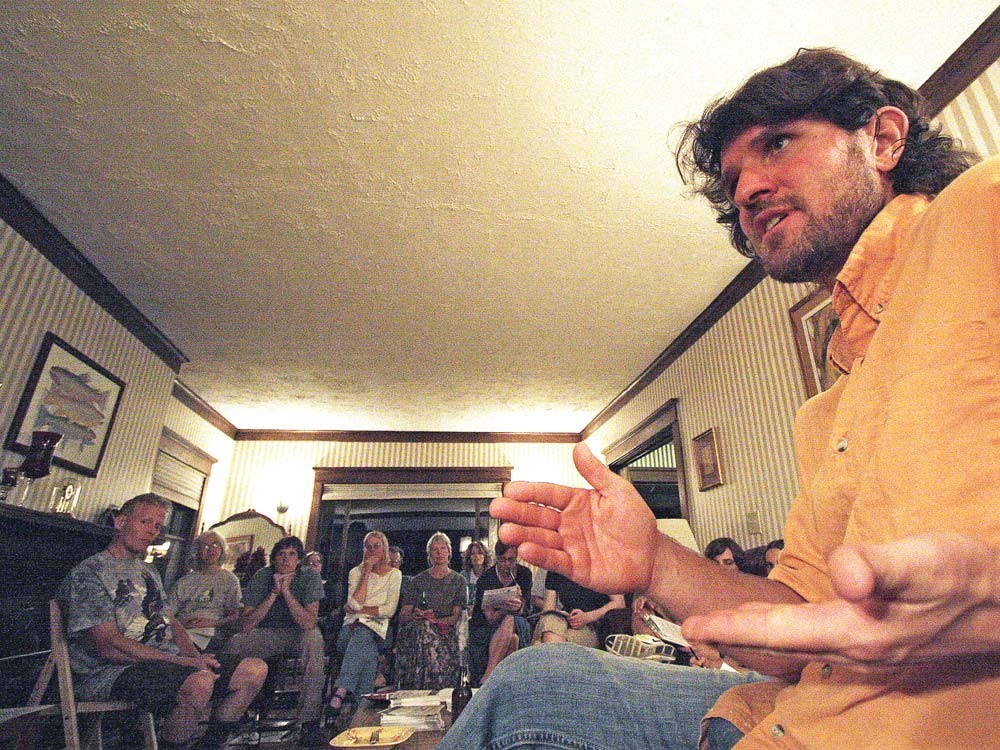 Young Kwak
Kai Huschke: "It’s never fun to have something you believe in go down in flames."

Hundreds of thousands of dollars were raised to stop it, mainly by business groups.

The result in November? Almost 80 percent of Spokane residents voted against the initiative.

Now, two years later, the Community Bill of Rights has risen from the ashes to land on the city ballot once again — leaner, shorter, but still ambitious. Supporters say they’ve learned from their mistakes. Opponents don’t seem too worried.

"It's never fun to have something you believe in go down in flames,” says Kai Huschke, the goateed campaign manager for Envision Spokane, drinking a can of C20 coconut water at the Main Market Co-Op.

The January after Proposition 4 was defeated, Envision Spokane supporters met to figure out what happened. One conclusion was that they just tried to sell too much stuff to the voters at one time.

“It was so cumbersome to talk about the whole initiative,” Huschke says.

But this time, the initiative’s text is only a quarter the length of the old one, and it only contains four amendments, instead of nine. The sections on health care, energy, prevailing wage and a locally based economy were eliminated.

The first amendment would give neighborhoods the ability to prevent zoning changes that allow large developments to move in. (Low-income developments would not be subject to this rule.) The second would give Spokane’s rivers and aquifer “inalienable rights,” granting every Spokane resident the ability to sue to defend the waterways. The third would guarantee unionized workers collective bargaining rights. The fourth would stipulate that corporations in Spokane do not have the same rights as people.

“We have something that people can wrap their heads around this time,” Huschke says.

But Brad Read, a teacher at Shadle Park High School and a leader of Envision Spokane, says the group may have stood a better tactical chance if it only took on one issue at a time.

Envision Spokane lost two years ago for more than just strategic reasons, Huschke says. The playing field wasn’t level. He complains about how the City Council attached two propositions to the ballot asking how the voters would like to pay for the initiative — even though the initiative had no defined cost. (The Council may do the same thing this year. Councilwoman Nancy McLaughlin has already proposed such a measure.)

This year, after Envision turned in more than 4,500 signatures to get on the ballot, their opponents got the old gang back together.

“Maybe if we tell them 85 percent ‘no,’ they’ll go away this time,” says Kate McCaslin, president of the Associated Builders and Contractors and a former county commissioner. “Same bad idea, just a smaller version.”

The JOBS coalition — the big fundraiser last go-around — hasn’t yet raised any money this year, but it still exists as a continuing political action committee.

“I don’t think we’ll be spending nearly the dollars we did,” says Joel White, the executive officer of the Spokane Home Builders Association. “The community soundly defeated the previous proposal.”

Last time, Center for Justice founder Jim Sheehan donated $55,000 to support Envision Spokane’s efforts. Sheehan is still supportive of the measure, but he has given no indication of how much support he’ll provide this time.

Though Huschke says the initiative has a much better chance this year, he notes that the fight is a large, difficult, systemic one. If the initiative fails again, Envision Spokane will try again, Huschke says. And, if necessary, again after that.