Rough Congress hasn't played a show in two years, but that doesn't mean they broke up 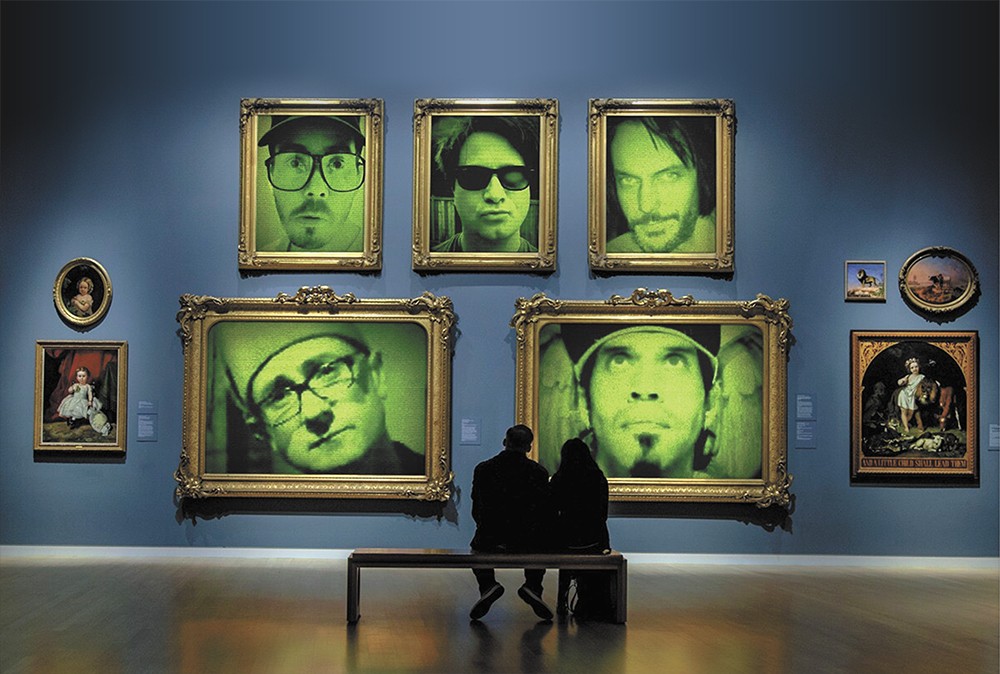 After this weekend's show, you never know when this Spokane supergroup will play their brand of modern soul again.

is not for the faint of heart.

Work schedules are all over the board, each is consumed with various musical projects and only three members still live in Spokane. So when bass player Jake Barr, who now lives in Nashville, alerted the band he'd be touring through the area with Jeremy McComb's band (he's co-owner of Post Falls venue Nashville North) they jumped at the chance to get the gang back together again after exactly two years apart.

Last weekend, only guitarist Jamie Frost and drummer Aaron Saye are available to meet up at nYne and reflect on the band's seven years together.

It's clear why they say that. Spokane native Brandon O'Neill was a cast member of Broadway's Aladdin, and just finished a starring role in Carousel at the 5th Avenue Theater after moving back to Seattle. His voice is tender and raspy or whatever he wants it to be at that moment, and his presence instantly commands a stage.

"That's just crazy those guys would say that," says O'Neill over the phone later. "Each person in this band is incredible in their own way and could front the show by themselves."

While most of them would never admit it, this band is a Spokane supergroup. Barr's out in Nashville playing with various bands and O'Neill is a working actor. Frost and Saye were members of the successful garage-rock band the Makers. Now, Frost plays pedal steel guitar with at least three local Americana acts, while Saye sits in with Dan Conrad's band and also recently got into the legal marijuana business.

Keyboardist Chris White, co-owner of Comrade Studios downtown, accidently started the band when he hired everyone as studio musicians for a Bowflex infomercial. Continuing to play studio jobs together, they realized they wanted more from each other.

"This was the easiest band ever to find a sound," Saye recalls.

What started as more of a jazz act quickly evolved into R&B. The groovy covers of Chaka Khan, Steely Dan, the Meters, Aretha Franklin and other funky, soul-infused songs from the 1970s, along with a handful of cool originals, captivated local live music fans almost immediately.

The band doesn't make it easy on themselves to play this stuff; there are no basic three-chord progressions in sight.

"It's those chord changes," Saye says, shaking his head.

"I have to reprogram my brain to play these songs again," Frost says.

But that's why they all agree it's worth the effort to make this happen. It's one of the most challenging groups they've been a part of — in a good way. And it's a chance to play modern soul music, a genre none of them normally work in.

Their most recent show, also at nYne, was sold out and had a line out the door. It got hot and sweaty, the guys mostly remembered their notes (and lyrics) and their fans danced up a storm until last call.

To prepare for Saturday's big performance, they'll "play three 24-hour sets," Saye jokes, when Barr and O'Neill get into town Wednesday. They'll meet at White's studio and reminisce about their days at Eastern Washington University (Frost, White and Saye all went there) and growing up in church together (O'Neill and Barr). But mostly they'll talk about what it was like to play studio sessions for products like Bowflex. They'll play a little music too, if they get around to it.

"This is like the best-case scenario for your high school reunion," White says over the phone. "You actually want to see these people."

As for the future, as anyone in a relationship knows, it's all about semantics. If you say you're together, then you are together, two-year hiatus or not. Now that O'Neill lives in Seattle, they hope to continue to get together more often. It all depends on Barr's schedule, which is ridiculously busy — 330 shows in the past year alone.

But in recent weeks they've been working on a new tune and there's hope of getting into the studio soon.

"It just doesn't seem like we can break up," Frost says.♦