READS: Author Bryce Anderson will be at Auntie's today to talk about his new book Down From the Mountain. 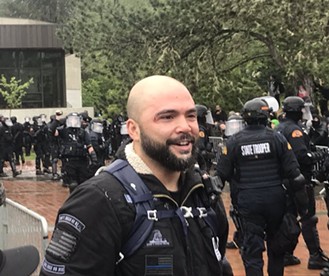 Veni, vidi, veto!
The president has issued the second veto of his presidency, this one in response to a resolution ending U.S. support for the Saudi-led campaign in Yemen. (Washington Post)

Seniority rules
According to Axios, the Trump 2020 campaign is spending almost half of its Facebook ad dollars to target seniors on the social media site. Conversely, Democrats are only spending about a 25 percent on the same demographic on Facebook.