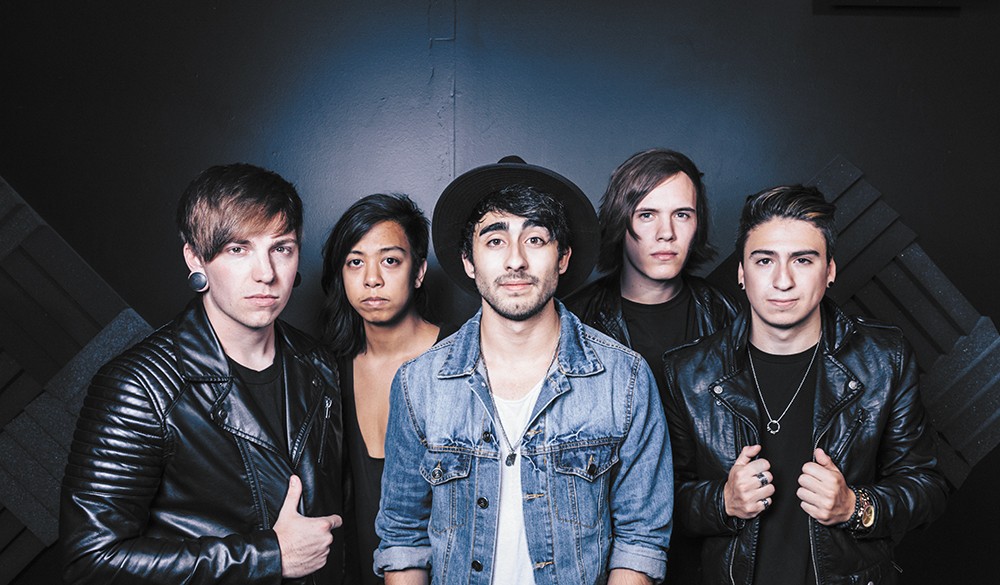 Over burgers at Red Robin last Fourth of July,

Ray and Isaac Luna's dad gives them the talk. He says they need to do something with their lives, that music probably won't pay the bills. But then Ray's cell phone buzzes. It's Rise Records, asking why he and his brother's band Light Up the Sky hasn't signed a contract yet.

"We were out-of-our-minds happy," recalls Ray, the band's lead singer/screamer. "They had contacted us a month prior and then we hadn't heard back, so we didn't think anything would happen."

That was more than a year ago, and the band has had to keep the news of being signed to a BMG subsidiary under wraps, only telling close family. In that time, they didn't release anything new and only played a few shows. They worried that people had forgotten about them.

"The waiting has been horrible. We just wanted to tell everyone," says drummer Nick Mayhew. "There's been a lot of drinking away our sorrows in the meantime."

Last week, the band and their Portland-based record label — known for its stable of screamo/hardcore acts — finally took the announcement public. But the waiting game is far from over. Although their newest album, recorded in March at Chango Studios in Glendale, Arizona, is completed, there's still no release date. There are plans to embark on a national tour, but that's on an unknown timeline as well. In the interim, members of the five-piece work their various retail and fast-food restaurant jobs, just pining for the future.

Last week, way out on the Palouse Highway, the band — minus guitarist Brian Van Buskirk, who lives in Portland — is sitting in the Lunas' mostly clean garage, which serves as the band practice space. Out here, the band's crushingly loud music doesn't bother anyone. The guys, ages 21 to 23, are all decked out in black and are completely at home together, perhaps from all their time spent playing video games and puttering around malls on Razor scooters.

The in-your-face, emo-rock act started back in 2011 in secret. Ray and Isaac were banned from playing in a band by their parents after one they'd started earlier resulted in their grades suffering at Freeman High School. But once the new band came to light, their folks were accepting. This music seemed edgy and expressed how the guys felt about life. They needed the outlet.

The Lunas, who are often mistaken as twins, first met guitarist David Wen in marching band, where even among the nerds they say they were still teased for being different.

"We were the only Mexicans in our class," Ray says. "And David is Asian."

But through Light Up the Sky, the guys were able to build self-confidence. From playing to about 10 people at their first shows, they now have more than 20,000 Facebook followers and hard-core fans who are even willing to tattoo the band's moon-and-sun logo prominently on their bodies.

But there's still the chip on the shoulder. They say other bands in Spokane don't like them. Some online comments about their new single are critical. Still, many in the scene have been congratulatory.

While some members have come and gone, this is the lineup, they say. Drummer Mayhew joined last year after knowing the other guys from the local scene. Van Buskirk, found online, joined earlier this year.

Light Up the Sky's shows are mad, sweaty celebrations where young fans jump around and scream just as hard as the musicians do. Their most recent wild show was at the end of May at Pinnacle Northwest, with other Rise Records acts Crown the Empire (playing the Knitting Factory on Monday), Volumes and Velafire. They don't know when they'll play in Spokane again.

"Once on stage we turn into completely different people," Isaac explains with a laugh. "Sometimes when we're finally offstage, I can't even walk. I've used up all of my energy."

They're slaves to the label now, they say, but they don't mean that in a bad way. It's what they signed up for. Their label is happy with the 33,000 hits that the lyric music video for their new single "I Will Never" recieved on YouTube in just two days. The guys hope this translates to something much bigger.

"Just the idea we could travel the world doing exactly what we love?" Mayhew says. "It doesn't get any more real than that. I'm fine if we had a billion haters, as long as we get to do this." ♦

Light Up the Sky's new single "I Will Never" was released last week.

Speaking of Light Up The Sky 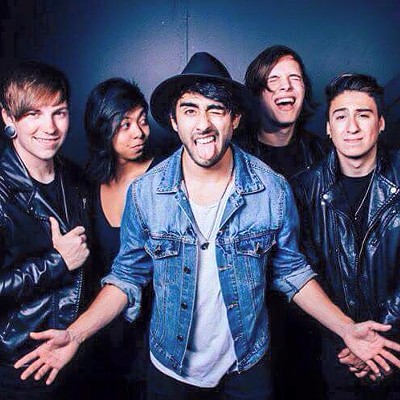