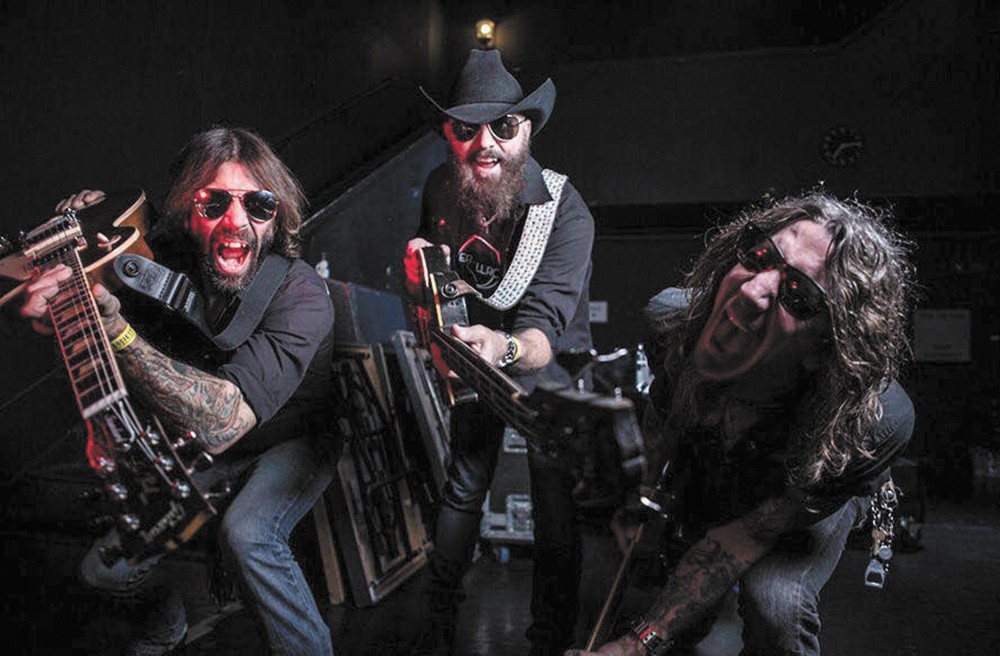 For 27 years, the Supersuckers and leader Eddie Spaghetti have toured virtually nonstop. And while that made the Seattle crew revered among fans for consistently great rock shows and occasional forays into sleazy barroom country, it also meant Spaghetti's wife JD and his three kids at home were only seeing him a couple of days a month, at best.

So the Spaghettis hatched a plan.

Ditch the house in Seattle, buy a camper they dubbed the "Drive House" and have the whole family live on the road for a year while Eddie toured. JD would homeschool the kids, and the family would document their new "normal" life via podcasts and blogs.

Two years of planning ended with the family hitting the road in February to start the adventure. Within days a patch of black ice on an Oklahoma bridge threw the family off the road, through a guardrail, nearly into a lake. It totaled their car and 1975 Airstream, leaving JD and the kids stuck in a hotel while Eddie flew off to join the other Supersuckers, only missing one show.

"It was awful," Spaghetti says, 10 days after the wreck. "It was a lot of work, and to have it all come crashing down after only a week on the road was pretty devastating."

The Supersuckers have survived a litany of distractions and disasters, from label travails to members quitting or becoming junkies. They've survived and thrived with smirk intact and middle fingers held high in the face of adversity. Founding member Dan Bolton suddenly quit the band in November, but Spaghetti, guitarist Marty Chandler and drummer Chris Von Streicher forged on as a trio.

The Drive House disaster is more personal, and Spaghetti spends time between gigs dealing with insurance and "all the crap that goes on when you have a catastrophe" while the family stays with relatives.

The next time he sees them will be in April in Texas, where the Supersuckers are recording a long-awaited follow-up to Must've Been High, a 1997 Sub Pop country album full of their typical humor and attitude that showed the Supersuckers had more going on than playing punk tunes at a breakneck pace.

"There's definitely an apprehension about following up that record the right way," Spaghetti says. "But I feel like we're ready for it. We're so much better than we were when we made that record."

The band's Spokane "country show" is their first of a series of dates designed to test new songs and get the trio properly twanged-up before recording. Spaghetti expects the band will be "pretty new and green about it" since they haven't played many country gigs lately.

Even so, one thing that never changes with the Supersuckers, no matter the chaos surrounding the band, is their ability to deliver a killer live show.

"I've said it a million times," Spaghetti says. "I feel like we have no business being this good this late in the game." ♦