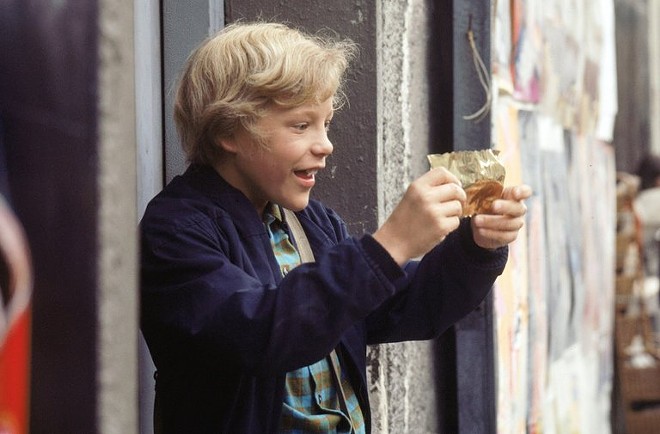 
The widow and the biographer of the beloved British children’s writer Roald Dahl told the BBC in an interview this week that Charlie Bucket, the young boy whose life is changed by a golden ticket in “Charlie and the Chocolate Factory,” was originally supposed to be black.


“His first Charlie that he wrote about was a little black boy,” the widow, Felicity Dahl, said in the interview. It was timed to the author’s birthday, which fans of his work celebrate as Roald Dahl Day. He would have been 101.

Felicity Dahl made the remark during a conversation with Donald Sturrock, her husband’s biographer, on BBC Radio 4’s “Today” program. Sturrock said Roald Dahl had understood “the American sensibility.” In response, Felicity Dahl revealed the original idea for Charlie’s race and said she believed it had been “influenced by America.”

But as readers and moviegoers the world over know, Charlie Bucket is white. Sturrock said that was because of Roald Dahl’s agent, whom he did not name.

“It was his agent who thought it was a bad idea when the book was first published to have a black hero,” Sturrock said. “She said people would ask why.”

Felicity Dahl said “it was a great pity” that her husband had changed Charlie’s race. When the interviewer asked if they would ever issue a “reworking” of the story, she replied, “It would be wonderful, wouldn’t it?”

Roald Dahl’s work is widely beloved and has spawned a fleet of film adaptations since the 1964 book was made into a movie, “Willy Wonka & the Chocolate Factory,” in 1971. The film starred 12-year-old, blond-haired Peter Ostrum as Charlie.

Dahl’s other well-known children’s books include “James and the Giant Peach,” “Fantastic Mr. Fox,” “Witches,” “Matilda” and “The BFG,” all of which have been turned into popular movies. A Broadway musical based on “Matilda” opened in 2013 and closed in January, while one based on “Charlie and the Chocolate Factory” is currently running.